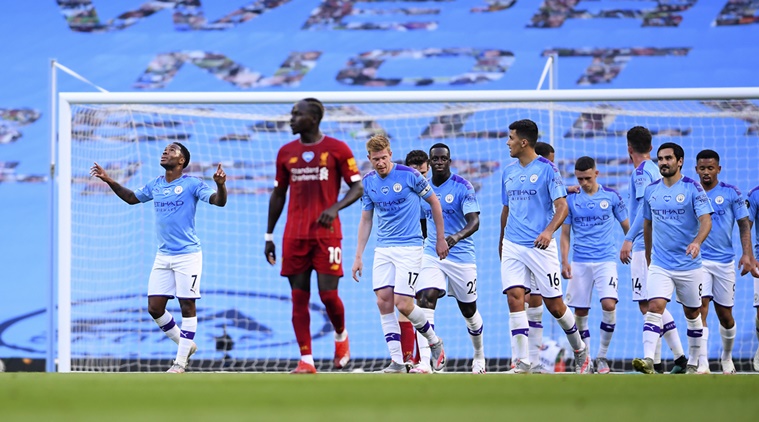 Hosts Manchester City generously applauded new champions, Liverpool, at the Etihad Stadium before their English Premier League (EPL) match on Thursday and promptly showed no mercy by thrashing them 4-0.

With the title secured a week ago, there was little at stake for Juergen Klopp’s Liverpool side who showed far from their usual levels of intensity.

But the loss, just their second of the league campaign, was an emphatic reminder that Manchester City would be desperate to regain their crown next season.

Klopp was quick to defend his team’s attitude, rejecting any suggestion they had taken the game lightly.

“I saw a brilliant attitude. I saw fight. We didn’t behave like somebody who became champions a week ago. We lacked fluidity. And in some 50-50 situations they were quicker than us,” he said.

“Manchester City are incredible. I saw their season, they didn’t play a bad game even when they lost,” he said.

After the guard of honour, which included Manchester City manager Pep Guardiola, the visitors started brightly.

Ederson had to be alert to keep out a fourth-minute effort from Mohamed Salah.

Salah then struck the post after a clever pass from Roberto Firmino, whose hair was colored red.

Joe Gomez could not cope with Raheem Sterling’s twisting and turning in the box, pulling him to the ground before Kevin De Bruyne converted the penalty kick in the 25th minute.

Sterling doubled the lead 10 minutes later when, after a swift break, Phil Foden found him inside the box and the ex-Liverpool forward cut inside Gomez and slid the ball home.

The 20-year-old Foden made it 3-0, firing past Alisson after a swift exchange with Kevin De Bruyne.

Manchester City were showing an unusual willingness to play long balls and after Rodri launched a pass deep to De Bruyne, the Belgian found Sterling inside the penalty box.

He slipped the ball goalwards, with substitute Alex Oxlade-Chamberlain’s outstretched touch only turning it into his own net.

It could have been even worse for Liverpool with Riyad Mahrez’s fine solo effort in the final moments, but VAR spotted a handball by Foden in the build-up.

The loss was the joint-heaviest defeat by a side already crowned Premier League champions.