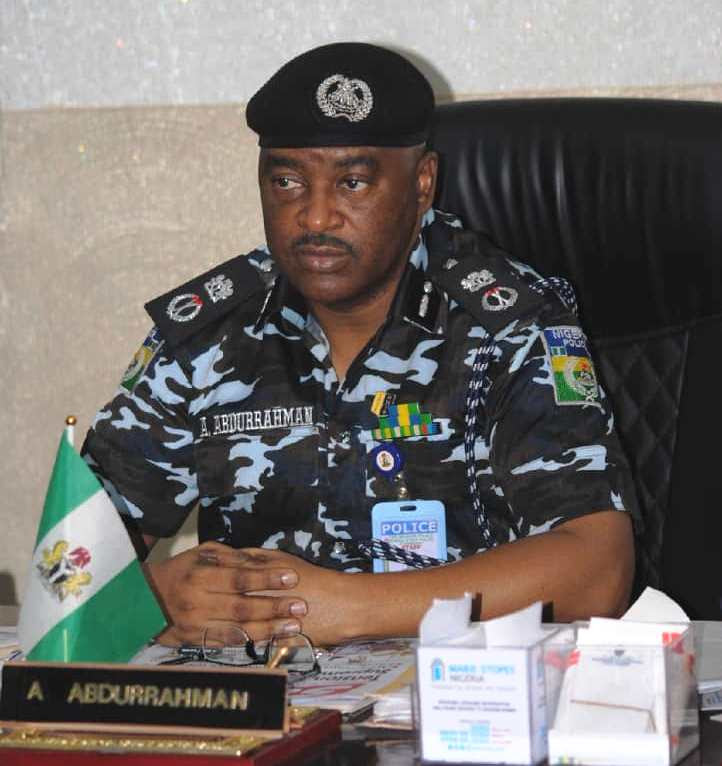 The Police Command in Enugu State has cleared several kilometres of criminal hide-out within Ani Stream that covered five communities within Enugu metropolis.

Taking newsmen round the stretch of the stream on Thursday, the Commissioner of Police in Enugu State, Mr Ahmad Abdurrahman, said that the police arrested over 32 suspects in the hide-out within few weeks.

Abdurrahman said that the command had invested heavily in clearing the bush pathway; thus, making the stretch of the stream very visible to all.

“The stretch of this stream had been a hideout and a place where criminals share their loots and plan most of their operations in the state especially within the metropolis before now.

“But today, the story is different and they had been smoked out by series of operations.

“We are happy for the support Gov. Ifeanyi Ugwuanyi gave to the command to ensure that we totally clear up this stream area and dislodge all forms of criminality even unscrupulous elements smoking hard drugs within it,’’ he said.

According to him, the over 32 suspects arrested with incriminating evidences had been charged to court and are currently remanded in custodian centre.

The commissioner also thanked the Divisional Police Officer in-charge of Ogui Police Station, CSP Ambrose Okey, for working hard to clear all criminal elements using the stream as a hideout.

He, however, called on residents of Enugu metropolis to keep an eye on activities within the stream.

“Residents should ensure that criminal elements or gangs hiding anywhere in the state are reported to the nearest police station to quickly nip crime in the bud,’’ he said.

Speaking, Mr Emeka Onunze, Chairman of Enugu North Local Government Area, lauded the command for its efforts to clear all forms of criminality in the council area.

“The council will continue to support the police to make the council crime-free and protect the lives and property of the residents of the council and by extension the state.

“We thank our amiable and security conscious governor for supporting the council and the police to ensure that our people are protected,’’ Onunze said.

In another development, the Nigeria Security and Civil Defence Corps (NSCDC), Delta Command, has confirmed the arrest of 11 suspects and the impounding of three trucks of stolen crude oil in the state.

The State Commandant, Mr Chike Ikpeamaonwu who disclosed this on Thursday in Asaba, said the command also secured the conviction of three suspects within the last three months.

He said activities of the command in his first hundred days in office, was hampered by the COVID-19 pandemic, which he said, affected his plans and vision upon his assumption of office in April.

“During the period of the last three months, we arrested 11 suspects and impounded three trucks of stolen crude oil.

“However, there were some challenges too. The Coronavirus pandemic affected my take-off and information gathering.

“Because, as you know, our work is more of surveillance. We had to revive the Asaba Marine Team of the anti-Vandalisation Unit of the Corps at the River Niger.

“These and other interventions have helped the command curb vandalism in the state and as I speak to you now, the rate of vandalism has reduced drastically,” Ikpeamonwu said.

The commandant also disclosed that the command had trained and mobilised officers in the discharge of the lockdown enforcement duties in the state.

According to him, the command also trained five agro managers and sends them to Edo to assist in carrying out emergency duties.

The NSCDC boss further stated that the command intercepted a lorry carrying 80 persons who violated the inter-state lockdown last May and rescued a three-week-old baby.

He enjoined media practitioners in the state to always verify information at their disposal, before going to the press, to avoid offensive publication.

“Our doors are open at all times, so we appeal to journalists and other media practitioners to reach us in issues relating to our command.”

He lauded Gov. Ifeanyi Okowa for the recent donation of three vans to the command to help in protecting the pipelines and illegal bunkering surveillance duties.