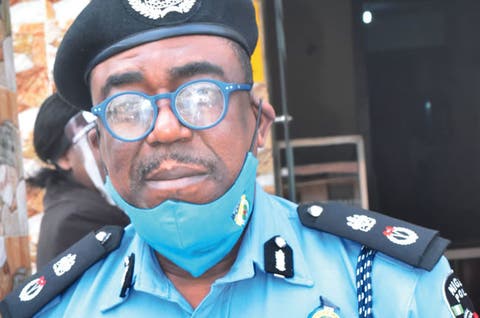 The Commissioner of Police in Oyo State, Mr Nwachukwu Enwonwu, says his command will ensure that culprits behind killings in Akinyele Local Government Area of the state are soon arrested.

Enwonwu said this on Thursday in Ibadan, during a courtesy call on the executives of the Nigeria Union of Journalists (NUJ), Oyo State council and was received at the press centre by Mr Ademola Babalola, the state NUJ chairman and other members of his executives.

He said the police would work assiduously to apprehend the culprits and maintain a low level of crime in the state.

“I am pleased to inform you that the crime rate in Oyo State has been relatively low and we are working assiduously to maintain that low level of crime in Oyo State.

“I will not allow any policeman to toil with the fundamental human rights of Oyo people and other citizens in Oyo. Under my watch, we will offer quality service delivery.

“I don’t want to take complaints against actions of the police reflecting brutality, reckless use of firearms or unprofessional conduct in the course of maintaining law and order in Oyo State,” he said.

Enwonwu said there won’t be any room for infringements on members of the public, warning them to be professional in their approach and performance of their duties.

He thanked the NUJ chairman and members of his executives for the fair reportage of their activities in the state, describing NUJ in the state as the best in the country.

“Virtually all the commands I have been to, the NUJ in Oyo is the best NUJ. I have never lost sleep since I came to Oyo because you have been very fair to us.

“I want to use this opportunity to assure you that we are partnering well and we will continue to cooperate with you. Our doors are widely open to deepen this relationship,” he said.

Earlier, Babalola commended the CP for swinging into action on the Akinyele killings immediately he assumed duty in the state, saying the effort had yielded positive results.

“We want you to please work assiduously to maintain the level of security that we have in the state. We equally want you to collaborate with us as journalists.

“This is a good development. This is a right step in the right direction. We want to assure you that as journalists in this state, we will give you the best of support you can ever think of,” he said.

He said that most of the commissioners of police posted to the state had always enjoyed a very good relationship with NUJ in the state, promising such would be further deepened.

In another development, hundreds of commercial motorcyclists, popularly known as ‘Okada,’ on Thursday marched through the streets of Ikorodu, Lagos State, protesting against incessant arrest, extortion and seizure of their motorcycles by the police.

The protesters, who carried placards and chanted various solidarity songs to show their displeasure, also marched to Ayangburen’s palace and Igbogbo police barracks.

Among inscriptions on their placards were: “We are not thieves”, “Police knows thieves” and “We use this bike to feed our selves and our families” among others.

The spokesman for the protesters, Mr Tunde Muftau, said that police in Ikorodu had been raiding Okada since Wednesday, saying that many commercial motorcycles had been seized during the clampdown.

“Lagos State Government has banned us from going to the express road to work, so most of our members don’t work there anymore.

“Among us are some who have lost their jobs, we use this motorcycle business to sustain ourselves.

“Government should please listen to our plight and let us work according to their directive,” Muftau said.

One of the motorcyclists, Mr Saheed Ikole, appealed to the state government to allow them work, adding that it would reduce idleness and unemployment.

“The motorcycle business has helped a lot of people to put food on the table for their families,” Ikole said.

Another cyclist, Mr Kehinde Ewenla, said that Ikorodu was not among the local government areas where commercial motorcycles were banned.

“We are enjoying our work until yesterday when police started arresting us and seizing our bikes.

“Ikorodu is not listed among the local government areas where bikes were restricted, I think the police were just doing anything they like,” he said.