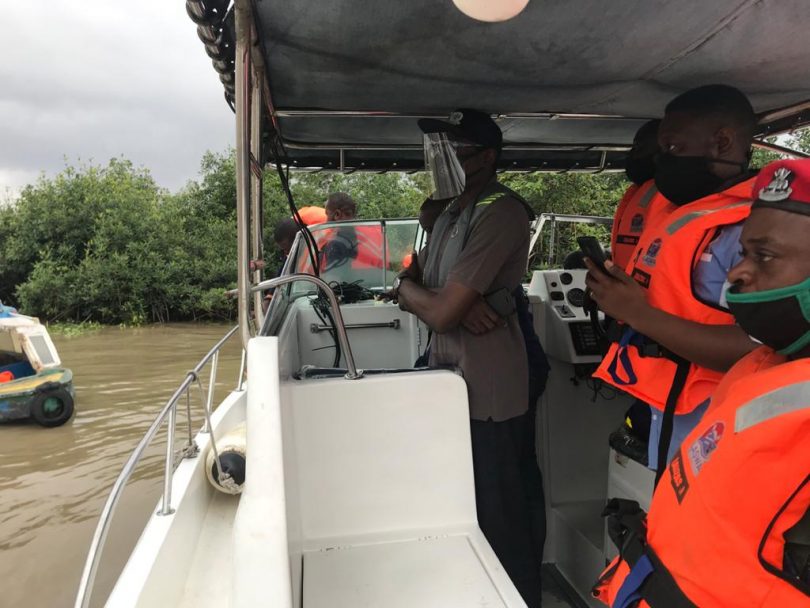 Four passengers have drowned while four others are missing, following a boat mishap on Friday night in Ikorodu Lagos. This is the second accident that occurred, only days after LASWA celebrated a total accident -free have year record.

Emmanuel said the boat, marked Lalek Marine, carrying 20 passengers was heading to Ikorodu from Ebute-Ero when it capsized.

He said that 11 passengers were rescued while one person was critically injured. 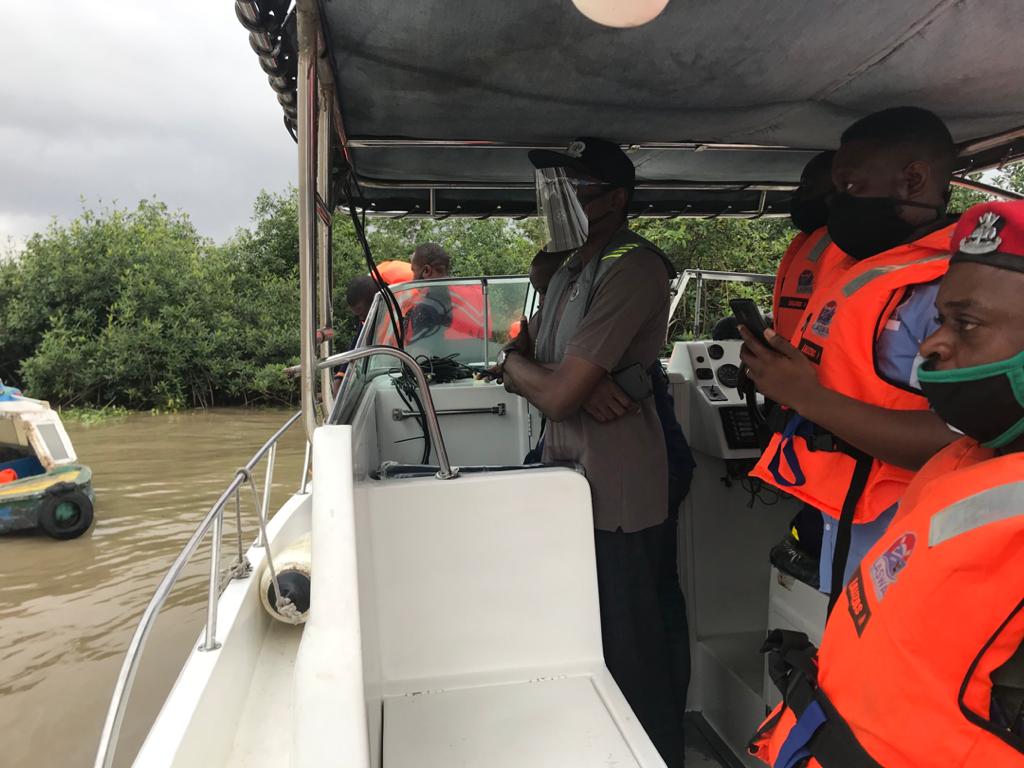 HC Transportation, Dr. Frederic Oladeinde, GM LASWA, Mr. Damilola Emmanuel and others on a board rescue boat at the scene of the accident this morning.

“On Friday night, a-20 capacity passenger boat with the name “Lalek Marine” was suspected to have left Ebute Ero Jetty around 8.00 p.m. (after the approved sailing time of 6.00 p.m.) and didn’t arrive at its destination which was Ikorodu Terminal.

“The boat capsized at Owode Ibeshe, not too far away from Ikorodu.

“As at this time, 20 passengers were presumed on board.

“We have four fatalities while four still missing.

“Search and rescue is still ongoing,’’ the LASWA Manager said.

He said that the captain of the ferry was still missing and being searched for.

According to him both the boat operator and the passengers broke the law against night travel on waterways.

He said that the boat, which took off illegally from Èbúté Ẹrọ jetty, heading towards Ikorodu, ran into an unforeseen object on the waterways, which resulted in the mishap.

Emmanuel said that during this COVID-19 pandemic, “the last boat is expected to leave the jetty at 6.00 p.m.’’

Emmanuel said that the Lagos State Government, through the authority, had repeatedly stated that night travel on the Lagos Inland waterways was strictly forbidden.

On June 23, a local boat with four adult males on a boating expedition capsized due to water turbulence.

Three of the passengers were rescued alive while one was missing. LASWA is yet to speak on the one missing, before the current figure of four.