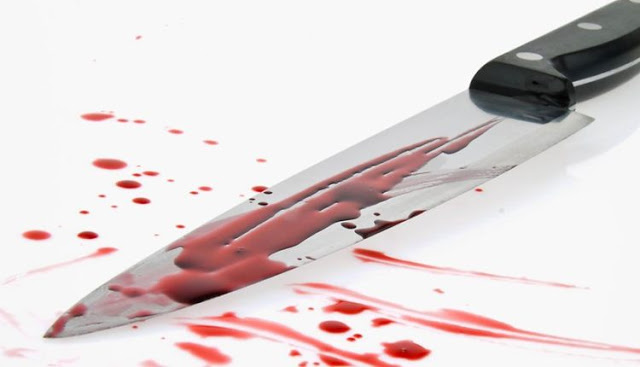 The Lagos State Police Command image-maker, Elkana Bala, Superintendent confirmed that on 05/07/2020 at about 0100 hours, Morogbo Police Station received a distress call from Zoo area, Araromi that the LASTMA personnel stabbed his lover, Patricia Ogunshola, on her right thigh, with a Jackknife.

“Alarm was raised by the 13 years old daughter of the woman (whom she got from a previous marriage), which drew the attention of neighbours to the scene.

“In her statement, the girl stated that the deceased person, whom she referred to as her stepfather, made further attempts to stab her mother on the head but she quickly ran out of the room. That he subsequently stabbed himself on the stomach, his intestines gushed out and he died on the spot.

“On arrival at the scene, homicide detectives preserved the crime scene and rushed the injured woman to the hospital for medical attention. She is currently in stable condition. The corpse of the deceased person was evacuated to mortuary for autopsy. A blood-stained knife was recovered from the scene. Preliminary investigation revealed that the couples started cohabiting in February, 2020, but not legally married.

“There was a protracted argument between the couples that degenerated into physical assault purported to have arose from allegations bothering on infidelity on the part of the man.

In another development, a team of Policemen attached to Operation Puff Adder in Zamfara responded to a distress call and arrested notorious criminal gang leader and kidnapper, at Lalan area, Gusau while on a mission to kidnap another of their target, on the 5th July, 2020 at about 2000hours.

The gang comprised of Abubakar Namalika

The gang allegedly, on the 13th June, 2020, invaded the house of one Dr. ENOCH OKPARA O. a Consultant of Obstetrics/Gynecologist attached to Federal Medical Center, Gusau, wherein he was gruesomely murdered and his Corpse burnt. Since then, the Command commenced a serious manhunt of the perpetrators.

According to the Zamfara police Command, In the course of interrogation, the Police discovered that Abubakar Namalika was of the prime Suspects who participated in the gruesome murder of Dr. ENOCH OKPARA at his residence in MARERI area, Gusau.

“The Suspect confessed that himself and four (4) other members of their syndicate mentioned above and now at large committed the dastardly act.

” He further disclosed that, a notorious Bandits leader Alhaji Shehu Bagewaye, a leader of one of the dreaded bandits camp known as Mai Jan Ido forest in Gusami district of Kauran Namoda LGA sent them to the Doctor’s house to commit the crime under the guidance of one of his younger brother now at large”,  the Command highlighted further, noting that effort is being intensified to ensure that the fleeing Suspects were apprehended and charge to court for prosecution.