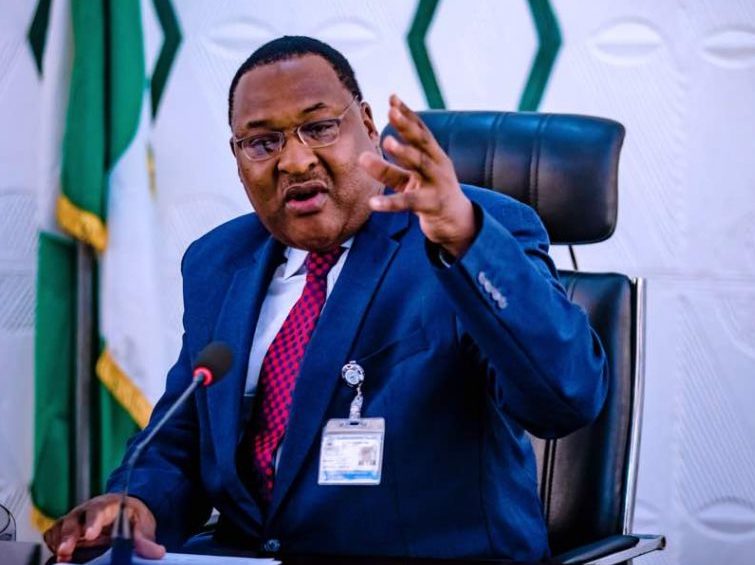 Bello stated this during a courtesy visit to the Council’s headquarters in Lagos on Monday by the management of Clarion off-dock Terminal, a bonded terminal.

The management of Clarion was represented by it’s Vice President, Mrs Ifeoma Eloka and the Legal Representative, Mr Emmanuel Osonwa. The terminal was sealed by the Nigeria Customs Service (NCS) over alleged illegal activities.

According to Bello, the council is working toward the ports being digitised by March 2021.

”Currently the port digitisation stands at 65 per cent. There are certain transactions – bills of lading and invoicing that are not done online.

”We are meeting with shipping companies, terminal operators and the banks to harmonise the process so that it will be okay and because all these things need to be integrated.

“Most terminal and shipping companies are online, like 85 per cent and we need to make things more efficient.

”That is why we want to digitise so that one can exit cargo without going to the port.

“Digitisation is also against corruption. If one does not physically interact, you pay electronically and reduce corruption, it will be cheaper, more efficient and we will be more competitive,” he said.

The NSC boss further said that the council’s interest was to ensure the terminal was efficient and contribute to the system.

Bello advised the management of the terminal to ensure that business returned to normal, noting that coronavirus was already a disruption.

He said that COVID-19 presented a dangerous situation in the ports, saying that scanning containers were less dangerous than 100 per cent inspection.

He said that COVID-19 had disrupted the logistics chain which led to people abandoning their cargo in the port.

Bello said that terminals were not storing areas as spaces occupied by cargo led to congestion.

“We are working to ensure that goods are cleared because of lack of space at the ports is very dangerous. It signals congestion, both at the seaside and on the land side.

“There are lots of cargo that are abandoned and need to be auctioned. We suggest Customs to do an on-the-spot auction without even taking them off because some of the goods are expired.

“So, there is a need to help the terminal operators clear the goods so that ships can have better turnaround time; now 50 days which economically is inefficient,” Bello said.

He said that to contribute to port efficiency, the council was introducing three modes of transportation- the barges, roads and rail.

He noted that by the time the ongoing construction is done, the Creek road, Liverpool and the Mile2 Tin -Can which was the major corridor, congestion would disappear.

Bello said that there was also the need for an electronic call-up system and was happy that the Nigerian Ports Authority (NPA) was making much effort on this.

”No matter the present infrastructure, if there is no modern tracking system, it will be the same because everyone wants to go in at the same time to pick his cargo.

“It is not a simple thing because this also needs strategy so we have to streamline the export processes and we want the government to make the inland dry ports to be centre,” he said.

In her response, the vice president of the bonded terminal, appreciated the executive secretary for timely intervention, saying that the loss incurred due to the closure of the terminal could not be quantified.

She also thanked the Customs management for their intervention in ensuring that the terminal was opened for business, saying that they would go back to delivering their services appropriately.

Eloka noted that 100 per cent of all the transfers they did were through barges, connecting from Mile-2 to the terminal.

“Within six months, we have been able to evacuate up to 4,000 containers with the model we had instituted,” she said.

She said that complaints by users of the terminal would be looked into.