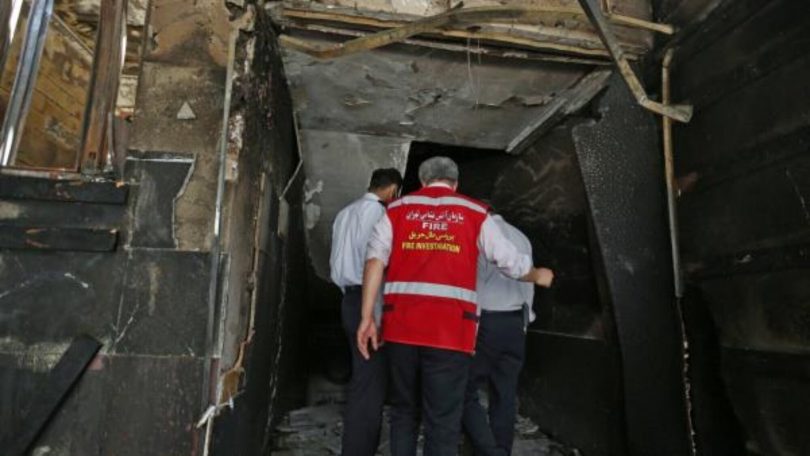 On Saturday, a transformer exploded at the Shahid Medhaj Zargan power plant in Ahvaz, and only hours later, many people were injured by a chlorine gas leak at the Karun Petrochemical Company, located south of that city.

Two days earlier, a fire broke out at the Natanz nuclear facility in Isfahan; on June 30, 19 people were killed in an explosion at a medical facility in Tehran; and on June 26, a major blast rocked the Parchin military complex.

“The incident could slow down the development and production of advanced centrifuges in the medium term,” Atomic Energy Organization of Iran spokesman Behrouz Kamalvandi said on Sunday of the Natanz fire, according to the Arabic London daily Asharq Al-Awsat. “Iran will replace the damaged building with a bigger one that has more advanced equipment.”

Iran had initially claimed that the blast had caused only minor damage.

According to Israel’s Channel 13, analysts estimate that the damage from the explosion and subsequent fires at Natanz have set back Iran’s nuclear program by a year.

A New York Times report published on Sunday quoted an unnamed Middle Eastern intelligence official as saying that “Israel was responsible for the attack … using a powerful bomb.” Jerusalem has denied involvement.

Israel did acknowledge the Mossad’s 2018 operation to steal a trove of documents on Iran’s nuclear program from a warehouse in Tehran, and the fact that it has been engaged in a covert cyberwar with the Islamic Republic for the past decade.

The Stuxnet worm, revealed in 2010 and widely assumed to be a joint Israel-U.S. creation, is believed to have caused serious damage to uranium-enrichment centrifuges at Natanz. Last September, a general in Iran’s Islamic Revolutionary Guard Corps said that the “Stuxnet cyber attack had had the positive effect of ‘causing us to pay attention’ to the cybersecurity of its nuclear installations.”

More recently, Israel allegedly carried out a cyberattack against Iran in May that shut down one of the country’s major ports for days, apparently in retaliation for an Iranian attack the previous month on Israel’s water infrastructure.