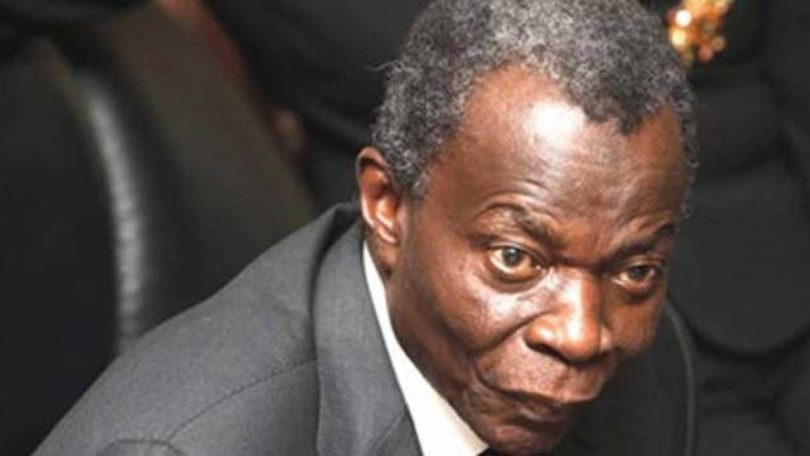 …As ICPC orders immediate reconstruction of constituency project in Kwara***

The Chief of Staff to the President, Prof. Ibrahim Gambari has met with the Presidential Probe Panel investigating allegations of gross misconduct against acting Chairman of the Economic and Financial Crimes Commission (EFCC), Ibrahim Magu.

A presidency source had earlier confirmed that Magu was on Tuesday afternoon suspended from office following the ongoing investigation by the presidential panel.

According to the source, the suspension is meant to allow for probe into allegations against him.

The Maritime First also learnt that Magu, who appeared before the panel on Monday and Tuesday, has been given two days to present his defence lawyers from Lagos.

The Presidency source had earlier maintained that the ongoing interrogation of Magu, is to clear him of weighty allegations leveled against him.

The source also stated that the probe of the anti-graft boss was an affirmation that nobody under “the present administration is above scrutiny’’.

Also read:  MAGU, Not yet Arrested by DSS

He said that the investigation of the EFCC boss was to reinforce the Buhari administration’s commitment to transparency and accountability.

He affirmed that the holder of an elevated office such as the chairman of the EFCC must be above suspicion.

According to the source, the Buhari administration will not prejudge anyone because it can be counted on to uphold justice and fairness.

In another development, the Independent Corrupt Practices and Other Related Offences Commission (ICPC) has ordered a contractor to reconstruct a poorly executed constituency road project in Kwara.

The commission directed the contractor handling the rehabilitation of Igbaja-Idofin Constituency Road Project in Kwara South Senatorial District to reconstruct the culvert providing access road to Bale area within one week.

Bala, who gave the directive while inspecting the level of work done on the Offa-Ojoku access road and the Igbaja-Idofin road rehabilitation projects, warned that ICPC would not compromise shoddy jobs.

“We will not allow this, this is public funds, we will take necessary action,” he said.

The ICPC official also asked the various communities in which those projects were sited to take ownership by ensuring that such projects were well protected.