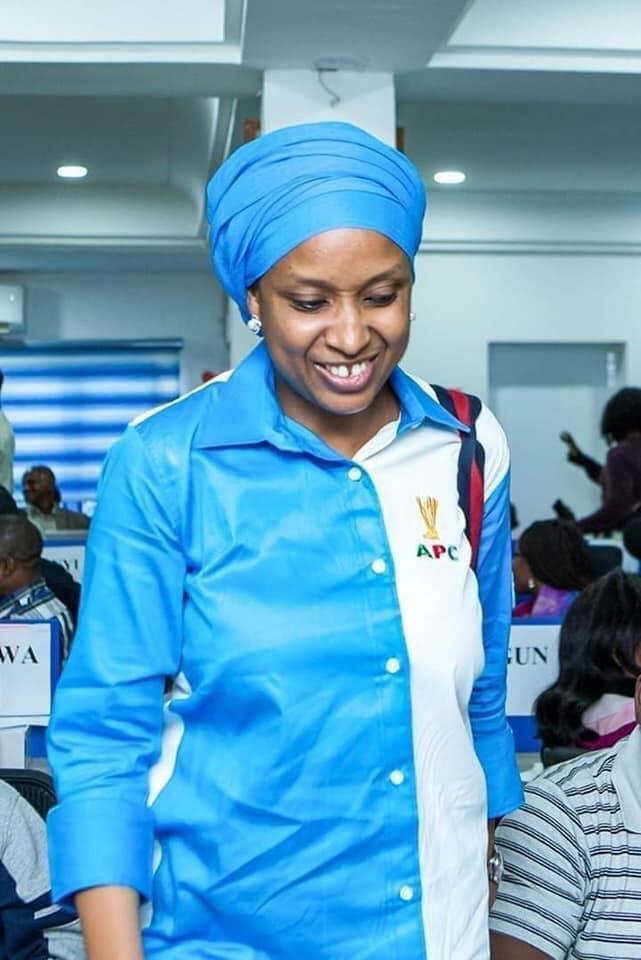 The Nigerian Ports Authority  (NPA) has swiftly responded to the allegation of ethnic marginalization of the South by the North led management, stressing that any reports of alleged lopsided appointment of General Managers, supposedly to ‘northernise’ the Authority, was unfounded.

The statement nonetheless confirms that the North presently has 15 General Managers, while the entire South has only seven slots, in the Nigerian Ports Authority.

The rebuttal was made Tuesday, by the NPA image-maker, General Manager, Corporate and Strategic Communications, Jatto Adams, specifically noting that though the North truly enjoys marginal advantage at the General manager cadre, the South nonetheless remain endowed, at the immediate lower levels.

“In the interest of public accountability, the management of Nigerian Ports Authority wishes to respond to reports of alleged lopsided appointment of General Managers supposedly to northernise the Authority.

“While stating upfront that the allegation is unfounded and riddled with untruth, the management would like to inform stakeholders and the general public that the appointment and promotion of General Managers and Asst. General Managers are routinely guided by vacancy, exigencies, seniority, competency and strict application of Federal Character Principle in order to ensure equity and even distribution of positions in the organisation.

“General Managers are usually appointed from the pool of Assistant General Managers who would ordinarily have been in the service of the Authority for long enough to have acquired significant experience in every aspect of the NPA’s operations.

“On allegations that some retired General Managers have had their tenures extended on contract in order to stop their “potential successors” from succeeding them, management asserts that this is totally untrue.

“The two cases that were mentioned, General Manager, Human Resources Mr. Yahaya Bukar (Aug.2018-Aug 2020) and General Manager, Engineering, Engr Ahmed Rufai Mohammed( Feb 2020-2021) had their tenures legally extended for the specific reason of the completion of some of the very important projects that were started within the period of their services as General Managers. This situation also applied to the immediate past General Manager, Finance, Mr Simeon Aniobi, whose tenure was extended between Oct 2017 and October 2019.

“The management of the Authority is confident to say that it is guided by principles of fairness, equity and the law of the country in all its operations”, Jatto Adams further submitted.

In the meantime, some Nigerians have pleaded with the NPA management to publish the positions presently occupied by the Southern General managers, with several of them, stressing that even the few so appointed, enjoyed nothing better than ‘tokenism’.

The NPA response became necessary following allegations of direct sabotage of the revered principle of Federal Character by the NPA management in its style of appointments, especially with representation like the below: 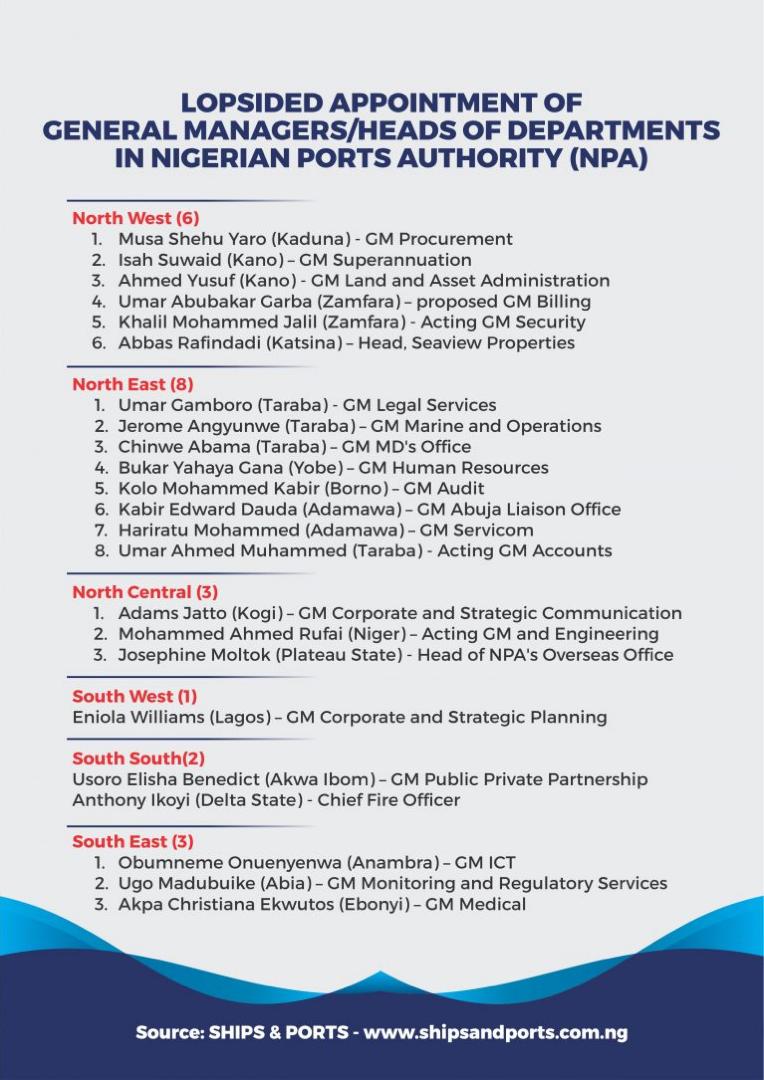