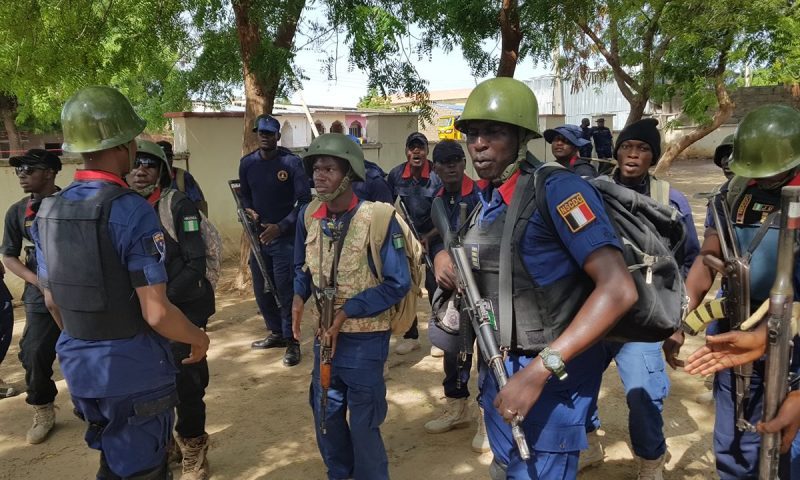 CSP Danny Iwuchukwu, spokesman for the command, said this in a statement on Thursday in Enugu.

Iwuchukwu alleged that the suspect was recruiting girls aged between 12 and 16, and sending them to brothels in different states for prostitution.

He said that she was arrested in Enugu on June 18 following intelligence reports on her nefarious activities.

Iwuchukwu said that the suspect, a widow who hailed from Nsugbe community in Anambra State, confessed to the crime and said she had been in the business for over four years.

“On their method of operation, she confessed that she works with a syndicate that brings the girls to her.

“And that her job is to give the girls out to different brothels where they would be prostituting and be remitting proceeds to her.

“She confessed that before giving the girls out, she normally enters into an agreement with them.

“She said that the agreement varies from person to person putting into consideration how beautiful a particular girl is, while some pay her N50,000, others pay as much as N100,000.

“She further said that the agreement usually last for six months after which the girls will be freed.

“She, however, pleaded for forgiveness promising to stop the business,’’ he said.

Iwuchukwu said that the command has made contact with some of the girls (victims) recruited into the business by the suspect and they were willing to testify.

He, however, said that investigation was ongoing to track down some of the syndicate working for the suspect.

In another development, the NSCDC, Akwa Ibom Command, has sealed 16 illegal private guard companies in the state and arrested 30 of the guards in the last one month.

The State Commandant of the corps, Mr Samuel Fadeyi, made the disclosure in Uyo on Wednesday.

Fadeyi said that the command, during the period, swooped on some private guard companies and discovered that some of them had yet to register with the agency as stipulated by law.

“In the last one month, we have been tough on unlicensed private guard companies in Akwa Ibom.

“We swooped on different corporate organisations being guarded by unlicensed guards, making several arrests and sealing the companies.

“We arrested 30 guards from different beats working for 16 different illegal private guard companies and the companies were sealed.

“The regulation, training and licensing of private guard companies is a core mandate of the corps under the Nigeria Security and Civil Defence Corps Act, 2003 (as amended).

“We are the statutory agency superintending over the compliance with the Private Guard Act, 2004.

“These companies form a tier of the security architecture of the nation and the sector cannot be left in the hands of quacks, moreso considering the security situation in the country.

“These arrests are just the beginning and nobody, regardless of status, is above the law,” Fadeyi said.

He reiterated that the command was open to enquiries on registration and information regarding licensing of companies in the state.

Fadeyi highlighted the dangers in employing quacks, including the negative image of corporate entities whenever the agency swooped on them for arrests.

According to him, their actions may be seen as promoting the operations of the quacks which is detrimental to the laws of the land.

The state commandant urged individuals and organisations seeking services of private guards to patronise licensed ones.

“We will allow the registered private guard companies to work. Those people that are licensed should work very well so that they will know that the agency is protecting them,” he said.

He warned operators of the companies that had not formalised their registration to do so immediately.

Fadeyi stressed that the command would continue to clamp down on all unregistered private guards companies in the state.

He warned vandals to stay clear all government and public infrastructure in the state as the command would deal decisively with anyone caught vandalising them.