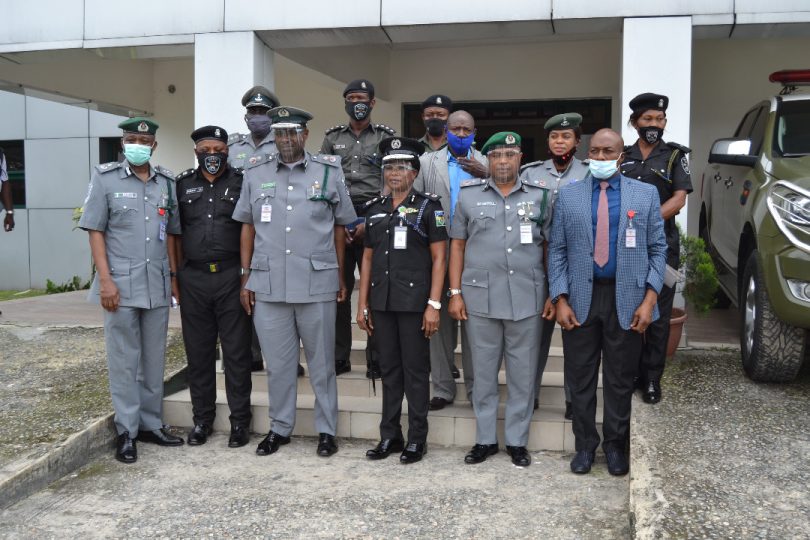 The Nigeria Customs Service, Area II Command Onne Port Controller, Aliyu Galadima Saidu has reiterated the need for stronger collaboration with other security outfits, stressing the inexhaustible mutual benefits, across the board. 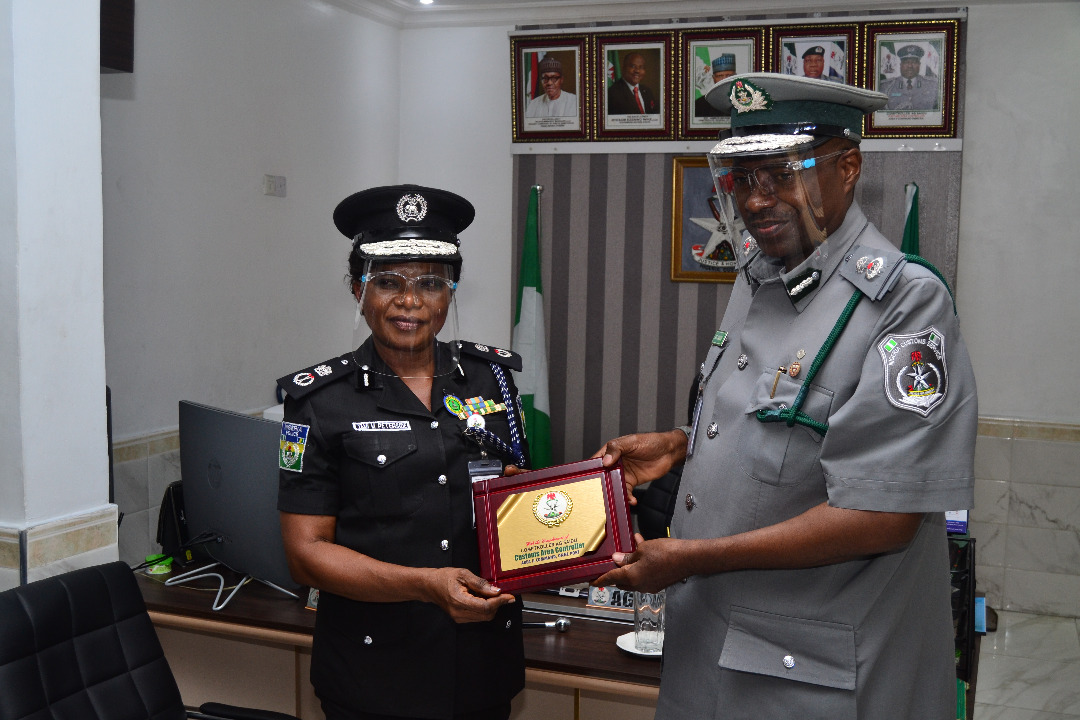 The Comptroller, with the Commissioner of Police Rivers State, CP Evelyn Peterside;

He told them that the command has a history of robust collaboration with the security outfits and other agencies of government in areas of joint operations and capacity development.

“As officers working for the Nigerian State in the area of security, we are like siblings, children of same parents who report to the same final authority. 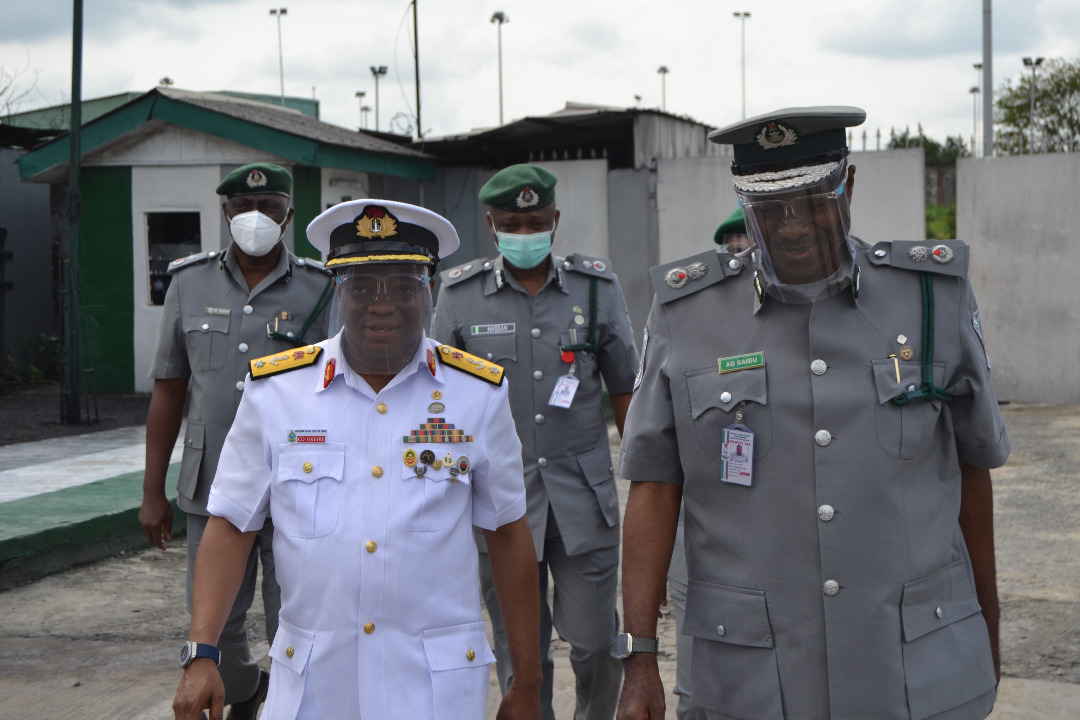 “It is in our interest to work together as that is one of the keys to fighting insecurity. Our close collaboration will no doubt achieve a win-win situation for us as separate services, for the Federal Government who is our common employer and suppress all forms of crimes or criminality.

“In reality, we are members of one family manifesting in different colors because of division of labour. This personal relationship makes intelligence gathering and sharing very easy. 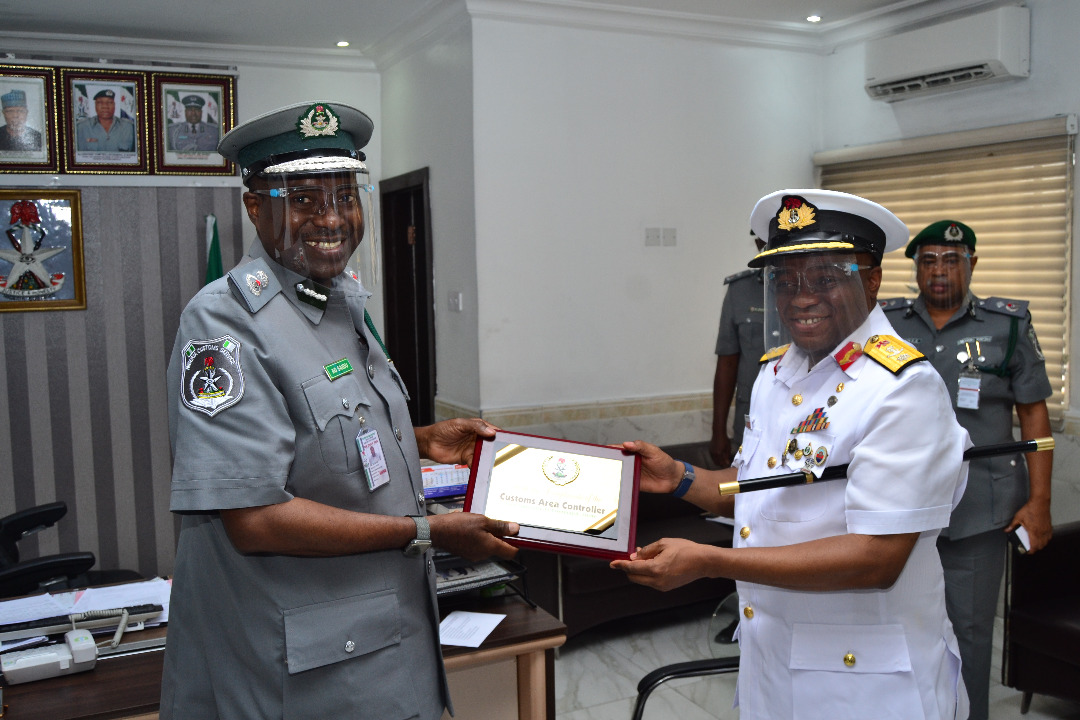 “While welcoming you to your new areas of posting, be assured of my support and cooperation on around the clock basis whenever the need arises,” Saidu told the two security chiefs.

Specifically, Saidu lauded the new shooting range in the Naval Training College as a facility that will be of benefit to customs operatives for retraining on shooting.

He also described the facility as very relevant to the improvement of maritime security which is sensitive to the country’s national economy while advising that cadets of the college be kept abreast with updates on related issues.

Commodore Okehie acknowledged the importance of Customs in maritime security saying they have presently over 119 cadets in the training college and one of their aims is to expose cadets to sister agencies. 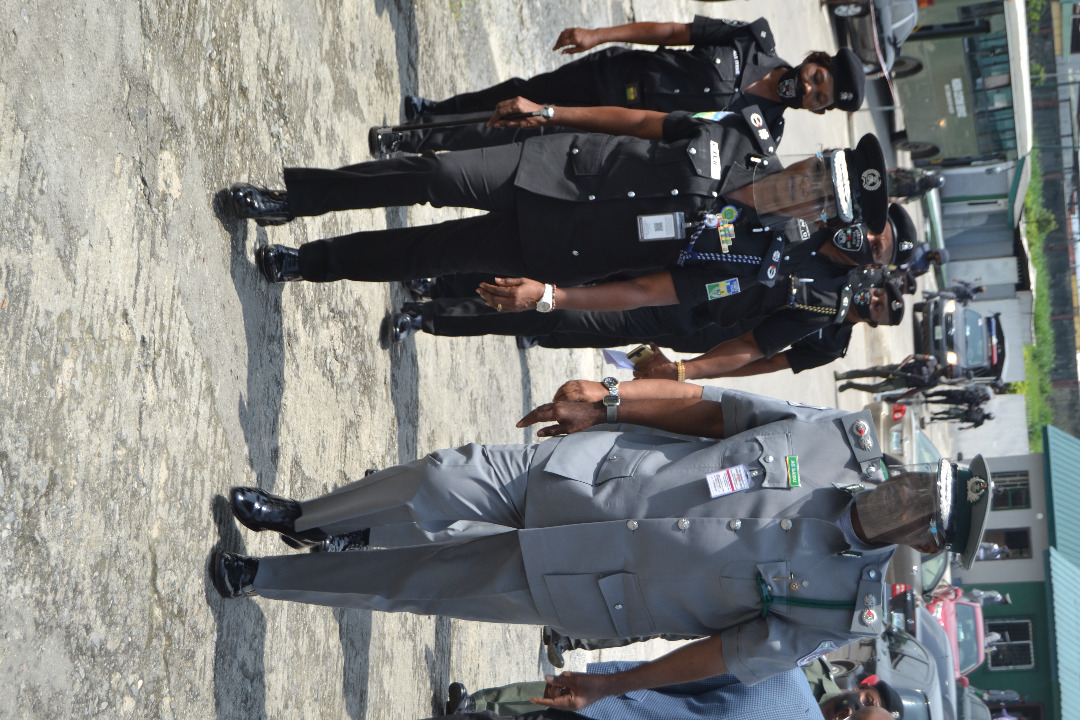 He added that the Navy does not work alone as it strives to maintain ties with other security agencies.

On her part, CP Peterside described Customs during her visit as a sister security agency close to the heart of policing the country and providing security at the ports within.

She also promised to improve on her predecessors’ mark in the relationship between both agencies.

In the same vein, the Unit Commander of Federal Road Safety Corps, Eleme Command, ACC Lilian Nwanne affirmed that the Federal Road safety seeks the corporation of sister agencies to enable them to extend the hands of training their drivers as regards road movement and uses.