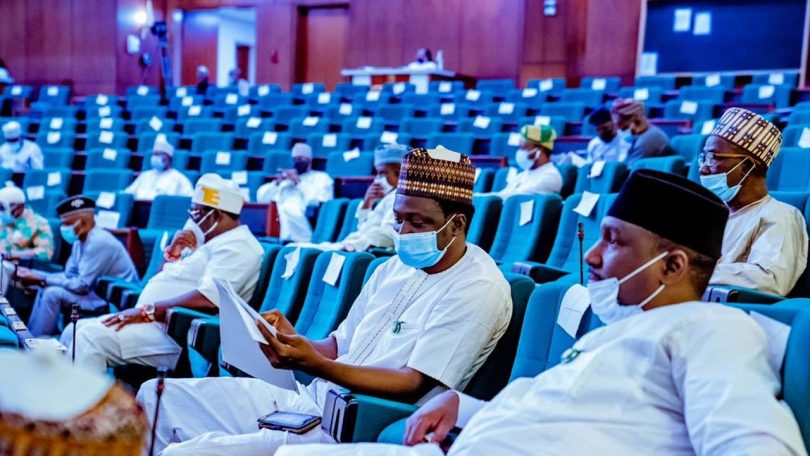 The House of Representatives on Wednesday began investigations into activities of the power sector with a  view to repositioning the sector for better service delivery.

The investigation was organised by an ad hoc committee of the house,  chaired by the Majority Leader of the house, Rep. Ado Doguwa (APC-Kano).

The Speaker of the house, Rep. Femi Gbajabimila said that it was no longer news that in spite of huge investments in the power sector, little progress might have been made.

Represented by the Deputy Speaker, Rep. Ahmed Wase (APC-Plateau) Gbajabimila said that it was becoming increasingly worrisome that successive governments had been unable to fix the issue of power in our country.

“With the current state of electricity supply apparently dampening the hopes of landmark industrialisation and national development.

“At the onset of the 9th House of Representatives,  we proposed a legislative agenda that sought to initiate  comprehensive review of all legislation relating to the power sector.

“Today’s activity is an attempt to walk the walk; this investigative hearing is the premise upon which the House of Representatives shall amass adequate information to guide us in causing the required and appropriate legislative intervention in the power sector,” he said.

Doguwa said that the committee had been given the mandate to kick start activities relating to the investigation and review of activities of the power sector.

He said that the power sector is critical to national industrialisation and development.

Doguwa said that the greatest issue bedeviling the sector after the unbundling of the defunct National Electric Power Authority is the inability to effectively transmit and distribute electricity supply across the country.

“The sector is also confronted with the issue of liquidity; with the Gas Suppliers claiming billions of Naira being owed them.

“Another major challenge is the fact that the tariffs are not cost-reflective; it is in fact, becoming clearer from a layman’s perspective that the DISCOs and transmission agents must do more if we anticipate any form of improved electricity supply in the country.

“The inability of some of these institutions to meet the covenant obligations they entered into at the time of privatisation has reduced the capacity to enable reliable and quality electricity supply for both domestic and commercial use.

“Sadly, it appears to the common man that there is a hike in electric tariff without a corresponding increase in quantity and quality of electricity supply. This is indeed the crux of the matter under the mandate of this ad hoc committee,” he said.

The Managing Director, Niger Delta Power Holding Company, Mr Chiedu Ugbo said that the company had made intervention worth eight billion dollars in the power sector.

He said that the agencies are making an intervention in power generation, transition, distribution and home solar system.

Ugbo said that the company had completed six power plants while two were partially completed and that all connected were to the national grid.

The managing director said that the company provided 20,000 home solar systems across northern Nigeria in 2017.

He explained that the company was visible in every state and zones across the country, ensuring that all parts of the society is connected to the national grid.