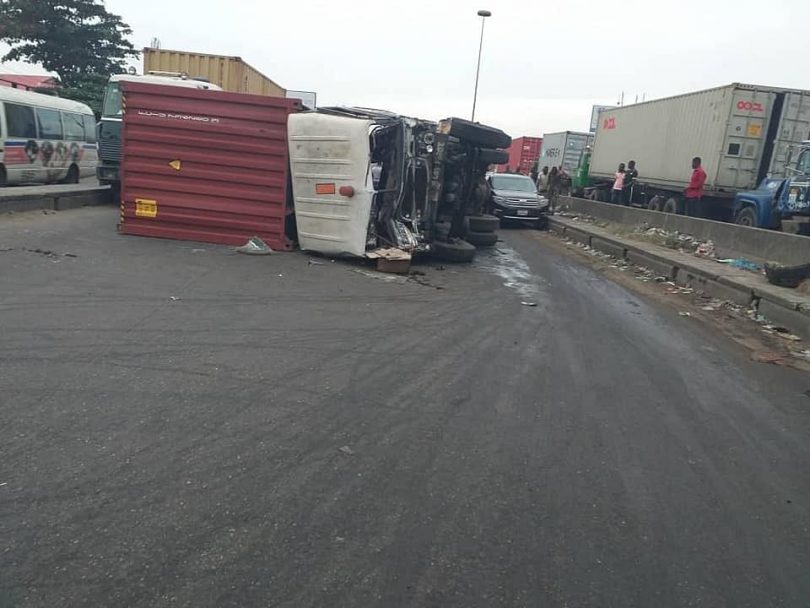 The mother of all gridlock was Friday witnessed at Mile 2 area of Lagos, after a tanker fell on its side, spilling its products on the road, and igniting fears amongst motorists and other road users, some of who scampered in different directions, believing there could be a sudden explosion.

Earlier, a container had fallen off a truck at Mile 2 and was harmlessly abandoned, near, but beneath the Mile 2 Bridge, by the intersection that goes to Oshodi. (SEE VIDEO)

In the panicky mood that followed, another container laden truck attempting to escape ran into the fallen, stationary container, badged it, totally paralyzing every movement from Mile 2, towards Oshodi. The dangerous development instantly created an ‘overtime’ food for thought for road managers, law enforcers, a prominent factor of which was the Presidential Task Team (PTT) for restoring sanity.

Motorists who attempted to escape the gridlock simply went ahead, to block the other unaffected routes!

Sadly, the event started around 6:30 am, implying that many of those trapped in the gridlock were early risers, rushing to work.