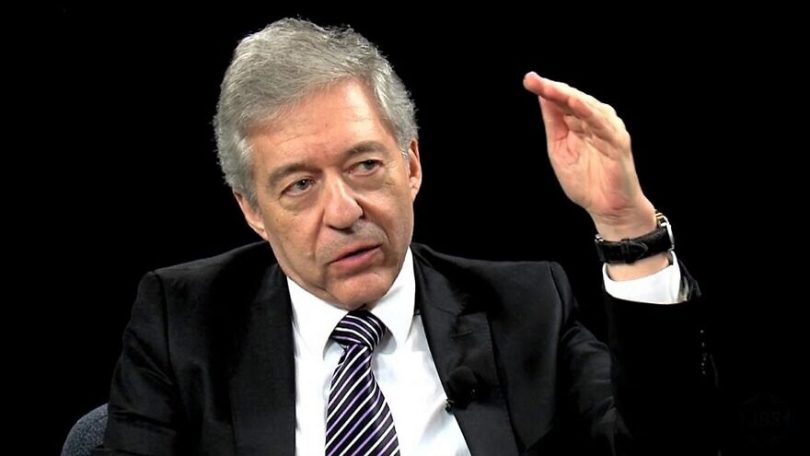 As questions over Israel’s application of sovereignty to parts of Judea and Samaria linger, several leading Mideast experts and former senior officials debated the merits of U.S. President Donald Trump’s “Peace to Prosperity” plan, and whether or not it should be implemented at all.

While some said they were concerned that the Trump plan does not guarantee the viability of a two-state solution, or of Israel remaining Jewish and democratic, others said the plan does indeed ensure this, and that even Palestinians want Israel to implement the plan.

Eran Lerman, vice president of the Jerusalem Institute for Strategy and Security, said the Trump Mideast peace plan distances itself from what he likes to call the “Everybody Knows Paradigm,” or “EKP.”

As Lerman explained, the EKP is focused “mainly on the territorial dimension: a full return to the 1967 armistice lines with minor swaps and a partition of Jerusalem, alongside some (symbolic?) concessions on the right of return.”

The EKP, however, does not reflect facts on the ground, and the paradigm has changed, according to Lerman. In addition, concerning attitudes towards Israel and sovereignty, he accused some Western European countries of assuming that “they represent the entire international community,” which, he pointed out, they do not, noting there are countries that do support the move.

The Lauder School of Government, Diplomacy and Strategy at the IDC Herzliya hosted on July 7 an online symposium—“Annexation: Yes or No?”—featuring a number of panelists representing both sides of the argument. 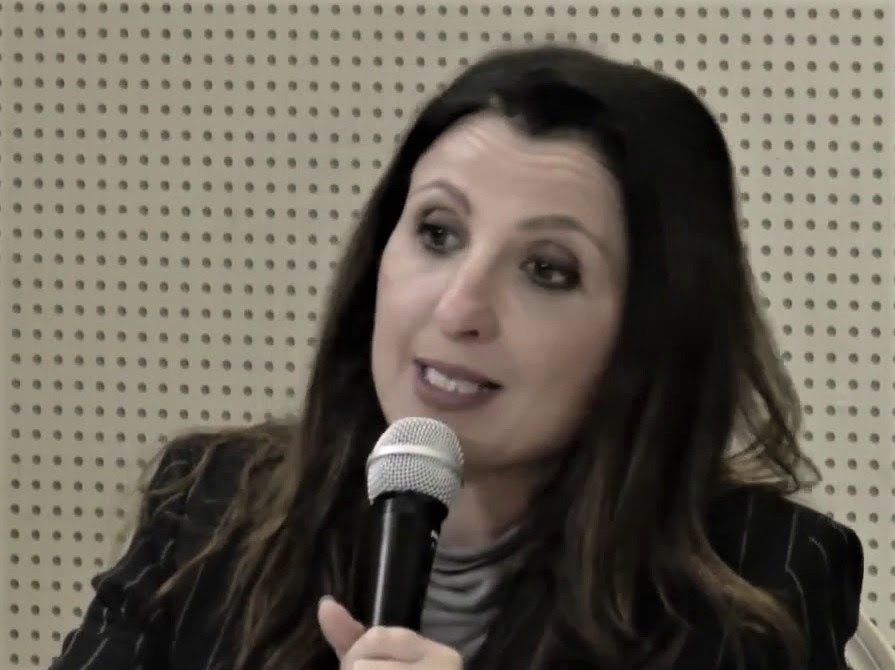 She said that Israel must continue to expose Palestinian rejectionism and must no longer be “beholden” to whether the Palestinians do or do not feel like negotiating or accepting an agreement.

The Jewish state, she affirmed, “cannot have Palestinian rejectionism rule our fate.”

“Enough is enough,” she said. “We’ve waited enough. This is a historic window of opportunity to define our own borders, and we should move forward.”

Hassan-Nahoum noted that Israel would be extending sovereignty to “Area C,” which is already under Israeli control, so there would be no real changes on the ground and no need for evacuations of either Israelis or Palestinians.

The panel also included Knesset member Ofir Shelach of the Yesh Atid Party; Yossi Beilin, a former Israeli Justice Minister and one of the architects of the 1993 Oslo Accords; and former U.S. Ambassador to Israel Daniel Shapiro.

One of the main concerns repeated by all three—and a theme oft-repeated by the left—was the preservation of the two-state solution, in addition to maintaining its viability and of Israel remaining a Jewish and Democratic state.

Shelach said that the “zero-sum game approach has reached a dead-end.”

While he acknowledged that the Trump plan does in fact take Israeli security into account and makes the Palestinians pay a price for rejecting a state, he noted that Israel’s “utmost interest is maintaining a Jewish and democratic state.”

“The only vision is to make it a non-zero-sum game,” he said. “Annexation will bring Israel back to a zero-sum game, the end of the two-state solution, and the end of a Jewish and Democratic state.”

“For that, we need a border,” he added. “The question is whether the Trump plan helps in achieving this target.”

Beilin noted that the Trump plan offers a singular opportunity that should not be missed: “The president is taking us to a chocolate shop and saying, ‘Take what you want.’ ”

Still, he said, Israel wouldn’t benefit from applying sovereignty and should instead “take something the American administration can give us and that will help our security.”

“If the window of opportunity is not very wide, then ask for things that will help us security-wise,” he continued, suggesting, for instance, an upgraded memorandum of understanding (MOU) that builds upon the $3.8 billion per year in Foreign Military Financing Israel already received under the Obama administration

‘Compromises on both sides’

Shapiro said the United States has a mutually beneficial relationship with Israel, with the two sharing “moral and strategic interests.” 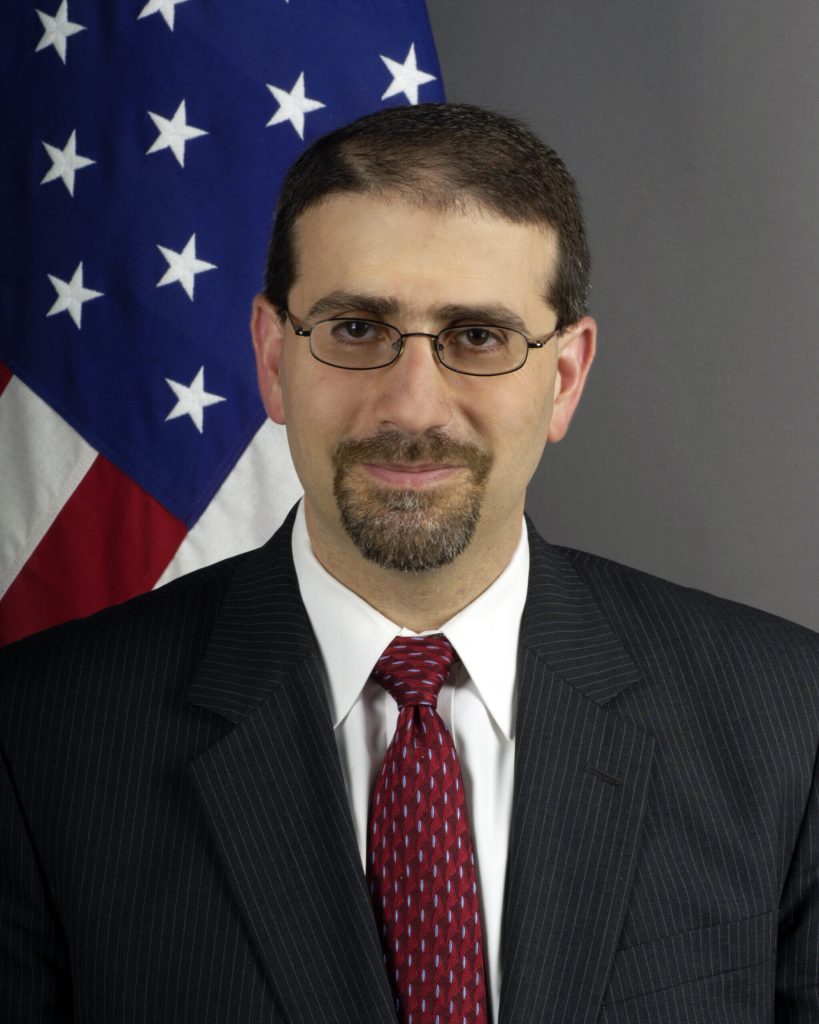 He warned, however, that “unilateral annexation is going to harm those interests” by taking a “relatively stable situation” and introducing a situation “that will very likely lead to a breakdown of that cooperation.”

Shapiro went on to say that sovereignty would “introduce tensions into the security partnership between the United States and Israel,” and would create “impossible dilemmas of how Israel can sustain its Jewish and democratic character.”

“What we have here is a path to a two-state solution, including compromises on both sides,” she said.

She lambasted foreign governments for ignoring Palestinian incitement and hatred, as well as for funding anti-Israel organizations. She also pushed back against those insisting that Israel continue to try and negotiate with the Palestinian Authority.

A bilateral agreement, she said, is certainly not going to happen with a Palestinian Authority government, stressing “the Palestinian leadership is divided, corrupt and has lost the legitimacy to rule.”