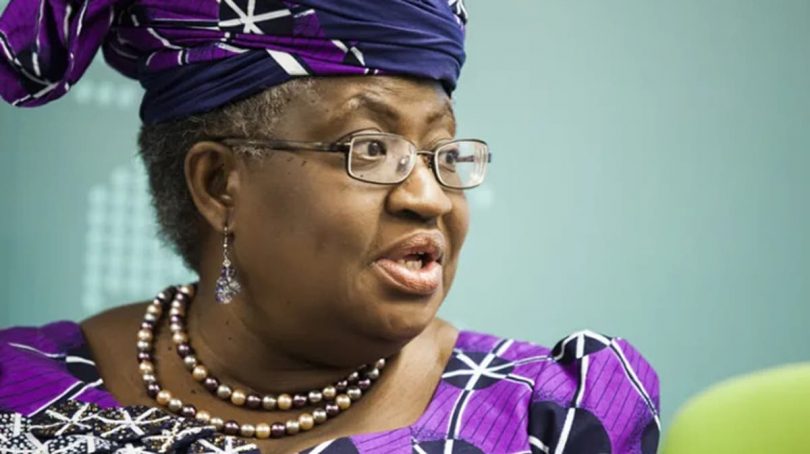 The Federal Government has inaugurated a Campaign Strategy Team for Dr Ngozi Okonjo-Iweala, who is vying for the post of the Director-General of World Trade Organisation (WTO).

Mr Adeniyi Adebayo, Minister of Industry, Trade and Investment, while inaugurating the team on Thursday in Abuja, said it was key to the success in ensuring that the Nigerian candidate emerged as WTO Director-General for 2021 – 2025 term.

Adebayo, in a statement by Mrs Oluwakemi Ogunmakinwa, Assistant Director, Press Unit of the ministry, said President Muhammadu Buhari’s decision to nominate Okonjo–Iweala as Nigeria’s candidate for the position of WTO Director-General was in good faith.

He said the decision was given the overriding consideration of the need to host Africa’s chance and for the promotion of gender mainstreaming at the world’s top trade post.

He expressed optimism that the Nigerian candidate would emerge as the next Director-General of WTO, based on her capabilities and wealth of experience at the highest level of World Bank, as a Development Economist, Diplomat and one of the Africa’s most trusted technocrats.

“An eminently qualified candidate in the position of Okonjo-Iweala with proven leadership, bold reformer, skillful negotiator with abilities to broker numerous agreements that would promote fair trade should be selected for Director-General of the WTO.

“I am confident that she possesses the qualities to lead the most important global multilateral body,” the minister said.

He, therefore, charged the team to develop winning strategy for the candidate and also called on stakeholders, media, public, private and trading partners to give necessary support that she required to emerge as WTO Director-General.

The Minister of State, Amb. Mariam Yalwaji Katagum, who is the Team Leader of the Campaign Strategy team, pledged the full commitment of members of the team to deliver on its mandate.

“We must all get to work as a team in the most strategic and professional manner to deliver on this important assignment in line with the Terms of Reference,” she stated.

Katagum also expressed confidence that Okonjo–Iweala would emerge as the next WTO Director-General considering her pedigree and commitment in ensuring sustainable development and economic growth, not only for Africa but the world at large.

The Campaign Strategy team comprises officials of the ministry, Ministry of Foreign Affairs; representatives of the Office of the Chief of Staff to the President and Office of the Secretary to the Government of the Federation.

The team also include officials from the Ministry of Finance, Nigerian Ambassador to ECOWAS and African Union as well as Geneva-based officials.

In the meantime, Dr Ngozi Okonjo – Iweala on Thursday expressed gratitude to President Muhammadu Buhari and the National Assembly for nominating and supporting her candidacy for Director-General of the World Trade Organisation( WTO) position.

“I want to also thank the Minister of Foreign Affairs Mr Geoffrey Onyeama, the Chief of Staff to the President Prof. Ibrahim Gambari, Hon. Ndudi Elumelu  and the Nigerian ambassadors to Switzerland, WTO as well as the Permanent Mission to the UN in Geneva “

Iweala who stated this in Geneva, also thanked ECOWAS for endorsing her candidacy as the race for the WTO Director-General position enters the selection phase.

She is vying for the top job alongside candidates from Kenya, Egypt, Saudi Arabia. UK, Moldova, Mexico and the Republic of Korea.

All the candidates are in Geneva to make presentations to the WTO General Council and addressed the press from July 15th – 17th.

The former Finance Minister who had previously urged the WTO to elect its Director-General based on merit told NAN that given her resumè as a development economist she was best suited for the job.

“ People ask me often what best qualifies you for the job- I think the WTO needs leadership, it cannot continue to do what it did before”

“If it’s to stay as one of the premier institutions of the 21st century , it needs strong leadership which is a quality I have”

“It needs knowledge of trade which I have for being a development economist which my entire career is built around. It needs someone with political skills and international connections that can reach policymakers in all countries- and I have that owing my 35 years of experience

“The job needs someone who listens – and I’m a good listen and lastly some who is solution-oriented and pragmatic. I have experience in all sectors  ranging from the public to private sectors and international civil societies as well as from multilateral organizations”

“ If you put all these together, you will see I’m best qualified for the job” She stressed, as the event enters into the second phase of the selection process, in which candidates would make themselves known to members; and this will end on Sept.7th. Similarly, the third phase which is the consultation process would commence the same day.

At the forthcoming consultation, Chairman of the General Council alongside Chairs of the Dispute Settlement Body and the Trade Policy Review Body would consult with all the WTO members to determine which candidate is best placed to attract consensus support.