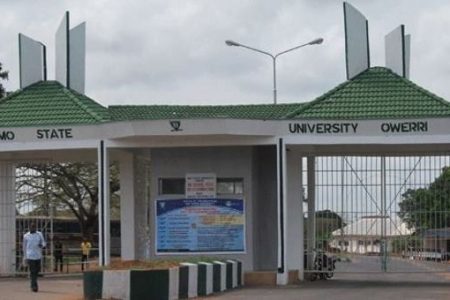 Some workers of the Imo State University (IMSU) have threatened to go on strike if the state government fails to offset their outstanding salary arrears.

The workers issued the threat under the aegis of Joint Action Committee of the Non-Academic Staff Union (NASU), National Association of Academic Technologist (NAAT) and Senior Staff Association of Nigeria University (SSANU).

The spokesperson of the workers and branch Chairperson of NASU, Eugenia Anoro, made the disclosure at a press conference in Owerri on Monday.

Anoro said that 675 of their members, including retirees, had not been paid since February, while those who were paid, received incomplete salaries.

She said the situation had brought untold hardship to the members, resulting in the death of many within the past five months.

According to her, it is disheartening to say that 675 of the university staff and our retirees are yet to receive their five months salaries and pensions.

“We observed in the three months salary paid to selected staff, peculiar allowances were removed.

She said the union was demanding immediate payment of their salaries, restoration and payment of the arrears of the allowances without further delay.

“We (JAC) resolved that in the event of government failure to adequately address these issues raised, we may resort to the resumption of the suspended industrial action in the university,” she said.

When contacted, the state Commissioner for Information, Declan Emelumba, said that no genuine staff of the university had not been paid up to May.

Emelumba said the protesting staff could be those who failed to submit their Bank Verification Numbers, being the prerequisite for salary payment to all civil and public servants in the state.

“Others could fall into the group of persons illegally employed into the university system without due process and documentation, which the Vice-Chancellor, Prof. Victoria Obasi was queried for,” he said.