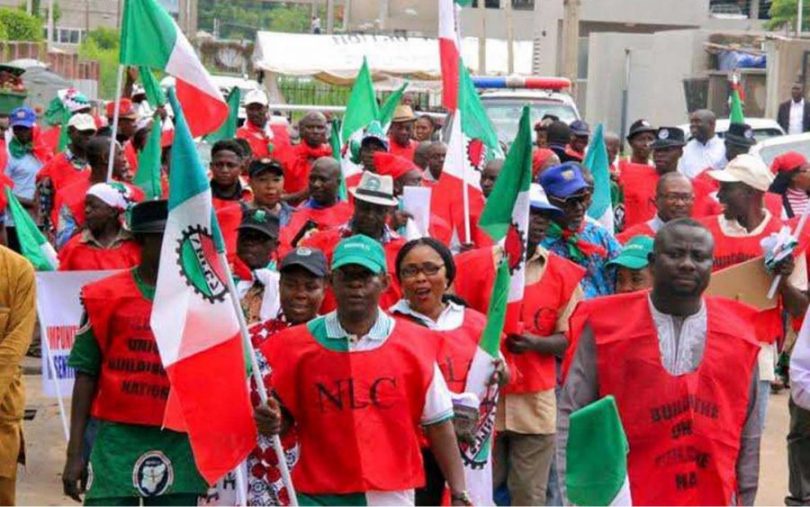 The Nigeria Labour Congress (NLC) has joined other Nigerians, in urging the Federal Government to reverse the six percent tenancy and lease stamp duty agreement in the country.

Nigerians, mostly elderly maintained the federal government shouldn’t be eyeing how to pilfer from the little food baskets of the landlords, in a country totally lacking in any welfare package for the elderly, either in health or any palliative benefits.

Echoing this on Saturday, Mr. Ayuba Wabba, NLC President said in a statement in Abuja said the Congress noted with dismay the new policy by the Federal Government through the Federal Inland Revenue Service (FIRS) stipulating a six percent stamp duty fee for every tenancy and lease agreement in Nigeria.

He said that the Congress condemned the agreement as the new policy came at a time when the socio-economic pressure arising from COVID-19 dislocations was affecting many of Nigerians.

According to him, the NLC rejects this new stamp duty policy on rents and leases as it will worsen the situation faced by Nigerian workers most of whom, unfortunately, are tenants.

“It is also alarming that we are having hike in taxes and user access fees when other countries are offering palliatives to their citizens.

“We call on the Federal Government and the Federal Inland Revenue Service to rescind this harsh fiscal measure as it is boldly insensitive to the material condition of Nigerians which has been compounded by the Covid-19.

“Nobody would want to be a tenant if they had an alternative. This means that tenants which this new policy targets are some of the most vulnerable people in our society.

“It would be illogical, insensitive and inhuman to churn out laws that make our poor go to bed at night with tears in their eyes,” he said.

Wabba noted that the principle of public taxation especially progressive taxation all over the world was that the rich subsidies for the poor and that every tax policy that would be enforceable must create a safety net for the poor.

“Accommodation is a fundamental right guaranteed by Nigeria’s constitution. It is unimaginable that tenants who are in the most vulnerable group would be expected to pay 6 percent tax for accommodation when sales tax is 1.5 percent.

“This is indeed a great injustice against the Nigerian poor. The government must take deliberate steps to avoid institutionalizing the widespread belief that it is a crime to be poor in Nigeria.

“We understand that the government needs money to run the business of governance especially at this time of economic challenges all over the world.

“But the answer is not in further exploiting the already exploited. There is no doubt that there are other painless ways of mobilizing funds to deal with the exigency of the times,” he said.

He, therefore, said that one of such ways of mobilising funds was to reduce official graft and corruption.

Wabba said that it does not make sense to ask Nigerians to make sacrifices when they are daily regaled of putrid stories of how public officials are accused of swallowing money in billions and making a comic of ‘fainting’ afterward.

“Second, there are thousands of unoccupied houses in different parts of the Federal Capital Territory and indeed many cities in Nigeria belonging to very affluent members of the society.

“As we have always demanded and canvassed, Government should tax such property in order to relieve Nigeria’s daunting housing deficits and to generate the needed funds to run government business.

“While we expect the reversal of the 6 percent tenancy and lease stamp duty policy, we remind government that its highest responsibility is to ensure the security and welfare of every Nigerian,” he said.

Speaking in the same vein, an aged landlord in Ibadan, Mr. Salawu said: “This government would steal, even from the dead, if allowed. A government that has never accorded me any benefits throughout my life now wants to come and raid from my sweat, at old age. They have devoured the commonwealth; and now they are short of where to turn to, it is to the elders!”, he said, asking, is it the six-bedroom apartment at Agugu, that they sweating for like this?”, the aged bricklar quipped.