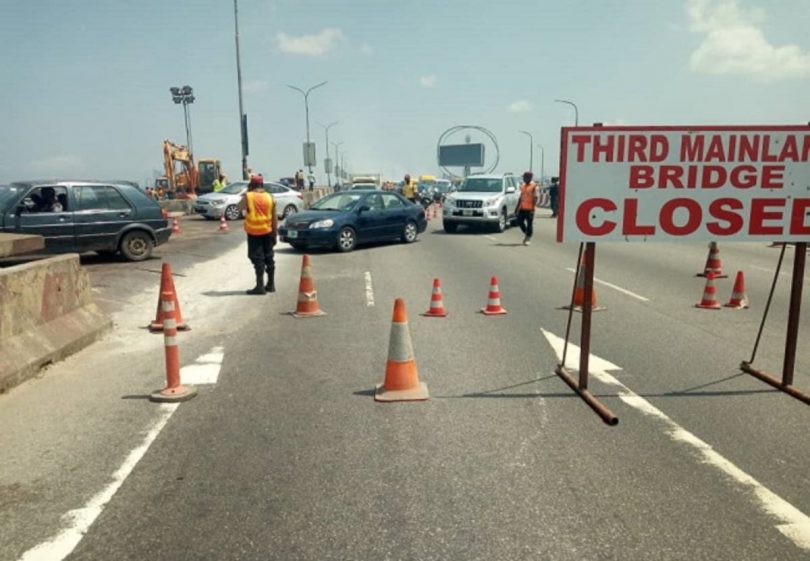 The Lagos State Traffic Management Authority (LASTMA) has commended the National Union of Road Transport Workers (NURTW) for free-flow of traffic in many routes in spite of the partial closure of Third Mainland Bridge.

The General Manager of LASTMA, Mr Olajide Oduyoye, gave the commendation in Lagos on Monday, while evaluating the traffic situation on the first day of work after the bridge closure.

The partial closure of the bridge by the Federal Ministry of Works is expected to last for six months beginning from July 24, to fix the worn-out sections of the bridge.

Oduyoye said the support of the NURTW in the control of traffic and checkmating of their members was laudable.

“Traffic movement is fine so far as expected. We opened the mainland direction at 1:00 p.m.

“This morning, I drove down to the Island, traffic to the Island all the way to Silverbird Galleria was pretty smooth. I was even surprised by that and I asked whether there was a public holiday.

“There was really no traffic gridlock at Museum, all through many routes on Victoria Island.

“LASTMA is happy that some unions, especially NURTW, came out en-mass to control traffic and to ensure that their members were not parking wrongly to pick and drop passengers. The union also helped the situation,” he said.

Oduyoye said that traffic managers were also at the notorious Adekunle and Adeniji Adele end of the bridge and a lot of people may have used alternative means of transportation like water transportation.

Oduyoye, who described the development as a good, said breakdown, accidents, arguments and wrong parking were responsible for some of the impediments to traffic flow in the state.

Oduyoye said that he was not expecting any chaotic traffic situation in the coming days, considering the priority given to traffic control on the bridge for the period of closure.

The general manager said that the authority had stationed tow trucks to clear all grounded vehicles during and after the partial closure of the bridge.

Oduyoye added that there had not been any report of the trailer causing obstruction to traffic flow as witnessed on Saturday.