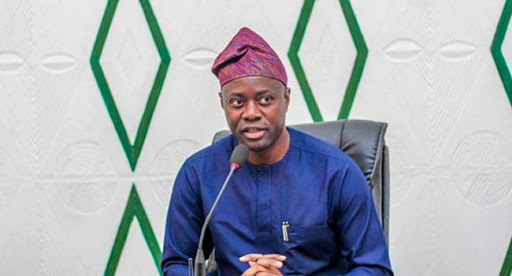 …As Oyo plans to set up employment scheme, for repatriated indigenes***

Gov. Seyi Makinde of Oyo State on Wednesday signed the state’s revised budget of N174 billion for 2020 into law.

The governor appended his signature on the document at a brief ceremony held at the Government House, Agodi in Ibadan, following the passing of the reviewed budget, by the State House of Assembly (for assent) on July 28.

The executive arm of government had proposed N169 billion from the initial N213 billion, but the state lawmakers increased the budget to N174 billion.

Makinde said the review of the budget was necessitated by the economic realities of the country occasioned by the current COVID-19 pandemic.

“This is the second time in just about a year that we are going to review the state budget downward.

“The reason for this latest review is apparent to us all, the economic meltdown we are experiencing, occasioned by the crash in oil price coupled with COVID-19 pandemic, has greatly affected our state ability to stick with the original budget,” he said.

He said that the state government had always presented robust budgets, but funds were not available to implement them.

“This is part of the reason we keep having stagnation in economic growth.

“Oyo state is built as a civil service state because we have not taken the needed action to boost the economy.

“However, our administration has put some steps in place to ensure that the 2020 budget is adequately funded.

“We are targeting 70 per cent budget implementation based on the planned measures that have been put in place,” the governor said.

Makinde said that any loan taken would be strictly spent on priority capital projects for the betterment of the state.

“So, this revised budget includes N65.2 billion for capital projects while N108 billion is for recurrent expenditure.

“We plan to pay a huge trunk of our recurrent expenditure through our allocation from the federation account plus our internally generated revenue,” Makinde said.

The governor thanked the Speaker and all members of the Assembly for the timely passage of the revised budget.

In another development, the State Government also says it is working toward setting up an employment scheme that will provide work opportunities for its repatriated indigenes.

The Oyo State Ministry of Information, Culture and Tourism stated this in a statement it issued on Wednesday in Ibadan.

The ministry said that Dr Akin Fagbemi, the Chairman, Oyo State Road Transport Management Authority (OYRTMA), disclosed this after a meeting he had on Tuesday with Mrs Bolanle Sarumi-Aliyu, the Senior Special Adviser to Gov. Seyi Makinde on Diaspora Affairs.

According to the ministry, the meeting centered on how the Department of Diaspora Affairs can effectively partner OYRTMA in the area of providing opportunities for Oyo State indigenes who for one reason or the other had to return home from different parts of the world.

The ministry recalled that some of the returnees were subjected to various degrees of inhuman conditions or harsh and hostile work environments while in the foreign land.

It quoted the OYRTMA boss as saying that his agency would collaborate with Sarumi-Aliyu, to make life easier for the returnees.

It said that it would create a special arrangement and training for some of them and subsequently co-opt them into the ‘OYRTMA Mayor Scheme’.

“This will enable them earn a living through government-provided stipends, whilst contributing significantly to the economic growth of the state by ensuring a free flow of human and vehicular traffic across the state.

“In addition, this will help take them off the street as they struggle to reintegrate back into the contemporary Nigerian society,” Fagbemi stated.