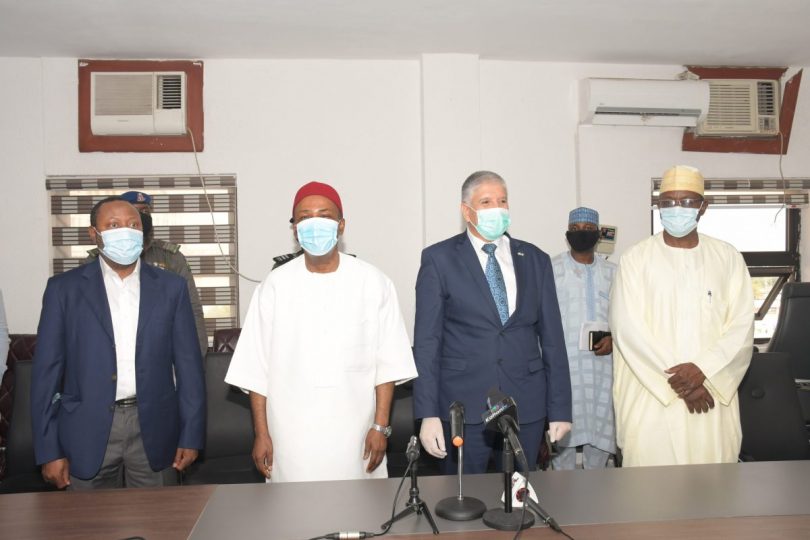 Nigeria has signed a Memorandum of Understanding (MoU), with an Israeli firm, DOR Group of companies on methanol production technology.

Dr Ogbonnaya Onu, Minister of Science and Technology signed the MOU on Wednesday in Abuja, as a decisive step toward implementing the methanol production technology.

The Deputy Chief of Mission, Embassy of the state of Israel, Mr Yotam Kreiman and Florence Osuji, Senior Economic Officer, witnessed the event.

Mr Mohammed Abdullahi, Minister of state for Science and Technology, who spoke after the signing, said the Federal Government was determined to execute the terms of the agreement.

Abdullahi said the signing of the MoU would change the fortunes of Nigeria significantly.

According to him, the methanol technology shall expand the chemical industry value-chain, replacing kerosene as household cooking fuel, and contribute to efficient and effective transportation.

He added that other advantages of methanol production technology was to mitigate climate change and improve electricity generation.

Abdullahi further said the policy would create an enabling environment for more investment in the oil and gas sector and bring about an end to gas flaring in Nigeria.

In his remarks, Asor gave the assurance that DOR Group of companies shall do its best to fulfill its own side of the agreement.

He also said that quality and efficient engineering for which Israeli firms were known for would be brought to bear in the implementation of the agreement.

In the meantime, 289 Nigerians have arrived Nnamdi Azikiwe International Airport, Abuja, from United States of America (USA), on Wednesday via Ethiopian Air, after an evacuation.

According to Nigerians in Diaspora Commission’s (NiDCOM) Twitter handle, the Nigerians, who are the fourth evacuees, arrived from Newark, New Jersey about 1.35 p.m.

“Meanwhile, arrangements for additional two evacuation flights are being concluded from the USA to Lagos on July 31st from Houston Texas and a combined flight to Abuja and Lagos on Aug. 7 from Newark, New Jersey.

“All evacuees tested negative to COVID-19 before boarding and are now on a 14-day self-isolation as mandated by the Presidential Task Force on COVID-19,” the commission said.