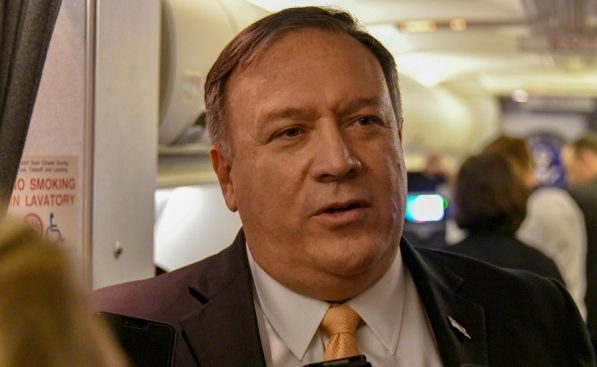 The United States has expanded the scope of its metals sanctions on Iran with the addition of 22 specific materials “connected to its nuclear, military or ballistic missile programmes.”

Announcing this in a statement on Thursday evening, Secretary of State Michael Pompeo warned against the transfer of the identified metals to and from  Iran.

He said Iran’s nuclear and ballistic missile and military programmes were “a grave threat to international peace and security.”

“To address these threats, I am announcing a major expansion of the scope of State Department-administered Iran metals-related sanctions.

“Those who knowingly transfer such materials to Iran are now sanctionable pursuant to Section 1245 of the Iranian Freedom and Counter-Proliferation Act,” Pompeo said.

“The IRGC’s construction firm and many of its subsidiaries remain sanctioned by the United Nations because they were directly involved in the construction of the uranium enrichment site at Fordow.

“As a result of this IRGC determination, any knowing transfer of certain materials, including graphite or raw or semi-finished metals, to or from Iran to be used in connection with the construction sector of Iran remains sanctionable,” he said.

Tensions between the U.S. and Iran worsened after President Donald Trump unilaterally pulled his country out of the Iran nuclear deal in May 2018.

Trump said he took the decision because the agreement failed to address Tehran’s ballistic missile programme and its role in regional wars.

Formally known as the Joint Comprehensive Plan of Action (JCPOA), the deal was negotiated by the administration of former President Barack Obama alongside China, France, Russia, the United Kingdom and Germany.

After pulling out, the Trump administration started reimposing sanctions some of which targeted Iran’s metal sector, prompting the Middle East country to reactivate its missile programmes.

The additional 22 metals include different alloys of aluminum, copper, steel and aluminum powder with purity above 98 per cent.