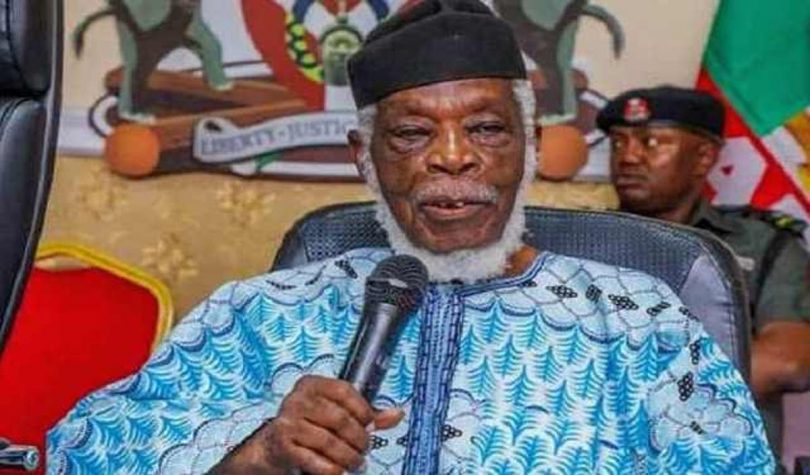 The Ooni of Ife, Oba Adeyeye Ogunwusi, Ojaja II, has described the late Afenifere leader, Pa Ayo Fasanmi, as a man of accomplishments, who brought dignity to all descendants of Oduduwa.

The was contained in a tribute signed by his Director of Media and Public Affairs, Moses Olafare, and made available to newsmen in Ile-Ife.

Ooni Ogunwusi described the late Afenifere leader as an epitome of leadership, politics and good governance.

“Pa Ayo Fasanmi was a great leader whose words, actions and involvement in Nigerian politics brought dignity to the Yoruba people.

“He came, he saw and indeed conquered. The kind of blessings he received is uncommon and God in his infinite mercy crowned it all with a healthy long life filled with prosperity.

“We are going to miss him greatly because of the roles he has been playing as an elder statesman after stepping out of partisan politics.

“But we shall continue to remember him for the goods he did when he was with us.

“Our leaders, particularly those in the political class have a lot to learn from Pa Fasanmi’s selfless style of leadership.

”We must wake up to our responsibilities towards creating the great Nigeria of our dream.” the royal father said.