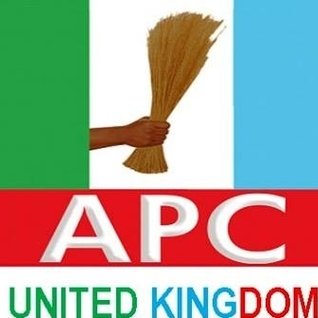 …As Nigerians in Diaspora urge FG to step-up strategy, to combat human trafficking***

The All Progressives Congress (APC) United Kingdom (UK) chapter has appealed to the Niger Delta Development Commission (NDDC) to do `the needful’ and save Nigerian students on its scholarship scheme abroad from deportation.

The group, which made the appeal in a statement by its Publicity Secretary, Mr Jacob Ogunseye, on Friday in Abuja, urged the commission to move swiftly and stop the situation embarrassing the country.

Ogunseye said the appeal followed a series of complaints by 2018 and 2019 UK scholarship beneficiaries of the NDDC bothering on non-payment of their school fees.

“The APC UK appeals to the NDDC to respond swiftly to the students in the United Kingdom who are currently on one programme or the other and presently facing deportation threats,” he said.

He said that the situation was not only embarrassing, but also not in tandem with the principles of the President Muhammadu Buhari-led APC administration.

He said it was unfortunate that a commission highly funded by the Federal Government like the NDDC could ignore students under its scholarship scheme in a foreign country, in addition to having difficulty accounting for monies it had spent.

Ogunseye, therefore, appealed to President Buhari and the Minister of Niger Delta Affairs, Mr Godswill Akpabio, to rise to the challenge and ensure that the issue was resolved as soon as possible.

He quoted Mr Ade Omole the chapter’s leader as saying that the President Buhari-led APC administration had put Nigeria on the pedestal of growth and should be supported and encouraged by all.

“President Buhari’s administration has put Nigeria on the path where the country can advance its growth, the administration should, therefore, be supported and encouraged in the interest of all,” Omole said.

He stressed that anything that could bring the country into disrepute and embarrassment before the international community should be avoided as much as possible.

In another development, the Nigerians in the Diaspora Organisation, Qatar Chapter (NIDO-Qatar) on Friday urged the international community and the Federal Government to step-up strategy to combat trafficking in persons.

The President of NIDO-Qatar, Mr Victor Ikoli, gave the advice at the online webinar organised by the National Agency for Protection of Trafficking in Persons, (NAPTIP) under the leadership of Mrs Julie Okah-Donli.

The webinar was organised by the NAPTIP to commemorate the 2020 World Day Against Trafficking in Persons celebrated globally on July 30, to promote and protect the rights of victims of trafficking in persons.

The theme of this year’s World Day Against Trafficking was focused on first responders to trafficking in persons.

Ikoli said the first responders were those who worked in different fields, such as identifying, supporting, advising and working to provide justice to victims of trafficking.

He said, “We hope that trafficking in persons will end soon, adding,  as a result of the coronavirus restriction, victims are still trapped with traffickers.

“We want to partner with the relevant agencies and fight this crime from all fronts.

“We call on government to step up its strategy and be ahead of the traffickers and urge our members to report any case of trafficking, and to put an end to this human exploitation.

“Traffickers target major event destinations and the FIFA 2022 World Cup in Qatar is already a target, hands must be on deck to stop these criminals.

“Human trafficking undermines human dignity, undermines the rule of law and threatens global security, so all hands must be on the deck to stop this crime.”

Ikoli commended Okah-Donli’s efforts in the fight against human trafficking in the country.

He said that NAPTIP led by Okah-Donli had achieved a great feat of convicting 428 traffickers since 2013, rescuing 17,000 victims and arresting more than 7,000 perpetrators.

He also commended the recent joint operation which brought about safe return of 158 Nigerian migrants from Niger Republic.

Ikoli said that she had made NAPTIP a force to reckon with globally in the fight against trafficking in persons.