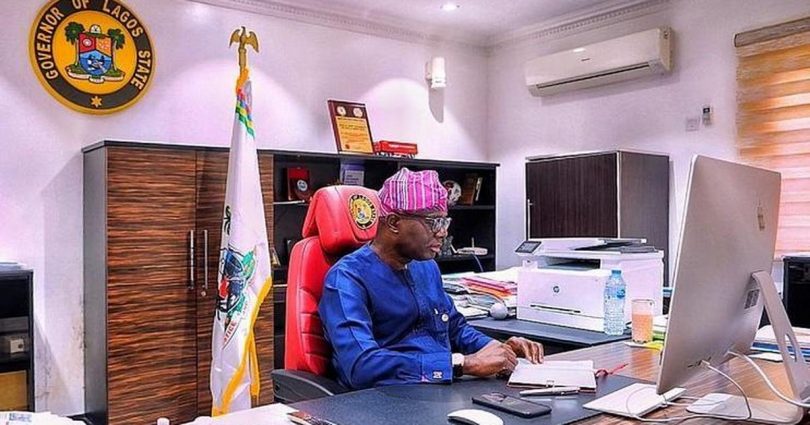 The Lagos State Government on Wednesday announced the reduction of the Land Use Charge (LUC) to the pre-2018 charges, indicating a reduction of 48 per cent.

The Commissioner for Finance, Dr Rabiu Olowo, made this known at a news briefing on the 2020 New Land Use Charge Law in Alausa, Ikeja.

Olowo also announced that the waiver of penalties for LUC for Year 2017, 2018 and 2019 translated to N5.8 billion potential revenue for the state.

He said that the Owner-Occupied Residential Property charged at 0.076 per cent, was now 0.0394 per cent, while Industrial Premises of Manufacturing Concerns, which was 0.256per cent, would be charged at 0.132 per cent.

The commissioner said that Residential Property/Private School (Owner & 3rd Party) charged at 0.256 per cent had been reduced to 0.132 per cent.

He said that the Residential Property (Without Owner in residence), which was at 0.76 per cent, would be charged at 0.394 per cent.

He said that the Ministry of Finance had considered some reforms, one of which was the Land Use Charge Reform.

According to him, the state government considers the LUC reform very necessary to accommodate the agitations of Lagos people and reduce the financial pressure on the citizens as it relates to Land Use.

”In view of the aforementioned, the current administration decided to review the Land Use Charge law by reversing the rate of Land Use Charge to pre-2018, while upholding the 2018 method of valuation.

”The reform also considered multiple Land Use Charge payment channels and efficient customer service management by setting up a call centre (0700 LAGOS LUC) in other to ensure prompt issue resolution,” he said.

Olowo said that in the new 2020 Land Use Charge Law, a property owned and occupied by a pensioner was exempted from paying LUC.

He also said that the percentage increase in penalties for defaults in paying LUC had been reduced.

The commissioner said that property owner defaulting in payment of LUC for 45 to 75 days had been reviewed to pay a penalty of 10 per cent from the former penalty of 25 per cent.

”Still on reductions, another major sector that had its charge reduced is Agricultural sector, which annual charge rate for Agricultural land was reduced from 0.076 per cent to 0.01 per cent. This is an 87 per cent reduction from the old rate.

”In addition to the reintroduction of the 15 per cent early payment discount, an additional COVID-19 incentive of 10 per cent will be granted on the total amount payable.

“This makes the total discount for early payment 25 per cent, if payment is made before the due date.

”The penalty for obstruction of officials and damage to property identification plague has been reduced from N250, 000 to N100, 000

”The penalty for inciting a person to refuse to pay LUC has been reduced from N250, 000 to N100, 000 and the 2020 LUC Law introduced a 10 per cent and 20 per cent special relief for vacant properties and Open empty land, respectively,” he said.

According to him, profit-oriented cemeteries, burial grounds and private libraries are no longer exempted from payment of Land Use Charge.

”An important Section which I intend to bring to light is Section 14 of the Law.

“The section makes it possible for the commissioner to appoint any person, including an occupier of a chargeable property to be an agent of the owner for the purpose of collecting Land Use Charge.

”We have completed the LUC Reform process and review of bills. Property owners should expect to receive their 2020 LUC bills shortly and we expect property owners to leverage on the 25 per cent early payment discount.

”Furthermore, The LUC payment can now be made Online via https://Lagos.ebs-rcm.com Payment can also be made using USSD Code to any of our designated banks.

”Also, the Ministry of Finance has expanded its Complaints Resolution Process and as such.

“Lagosians are advised to make complaints about their bills through these E-mail addresses:luc@lagosstate.gov.ng, ORcitizensgate@lagosstate.gov.ngand Phone call: 08058584486, 09086786001,” he said.