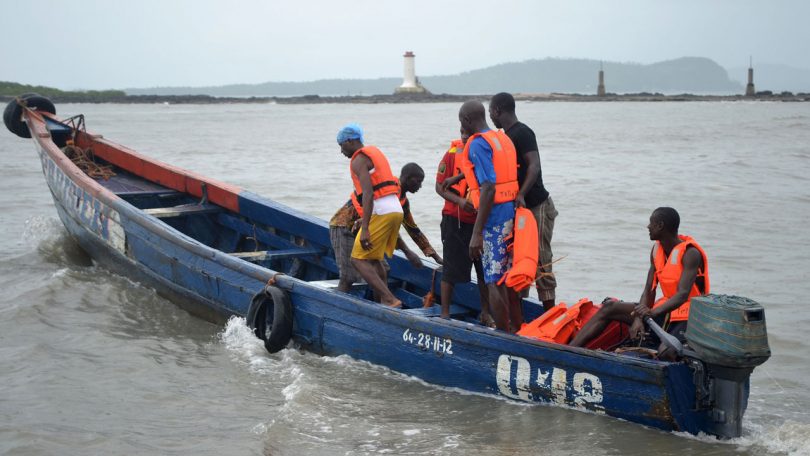 …As 40 migrants drown in shipwreck, off Mauritanian coast***

No fewer than nine persons died in a boat mishap that occurred in Birjingo Village, Goronyo Local Government Area of Sokoto.

According to Sadiq, the accident occurred on Wednesday.

“The number of passengers traveling in the boat has yet to be ascertained, as a search team is still working to recover other victims’ bodies.

“Immediately the accident occurred, many of the passengers were rescued and three bodies were later recovered.

“Today (Thursday), six other bodies were recovered and search is still on to recover others,” he told newsmen.

Commenting, the Caretaker Chairman, Goronyo Local Government Area, Alhaji Zakari Shinaka, said that immediately the accident happened, the council engaged over 50 local divers, who succeeded in rescuing some of the victims alive.

Shinaka, however, advised boat operators to avoid overloading their boats.

The chairman, while condoling the bereaved families, directed traditional rulers in the riverine communities to impound any overloaded boat.

Earlier, a witness at the scene, revealed the boat had more than 30 passengers on board when the accident happened.

He said that majority of the passengers were on their way to a farm across the river where they worked as laborers.

In another development, a boat, carrying around 40 migrants and refugees, has sunk off the coast of Mauritania, leaving only one survivor, the United Nations refugee agency UNHCR said on Thursday.

The perilous sea passage from West Africa to the Canary Islands was once a major route for migrants seeking jobs and a better life in Europe.

Attempts became scarcer when Spain stepped up patrols in the mid-2000s, but the route is seeing a fresh surge.

“New shipwreck off the coast of Nouadhibou #Mauritania of approximately 40 persons on board, there is one survivor (from Guinea),’’ tweeted UNHCR special envoy, Vincent Cochetel.

“UNHCR, along with authorities and partners are trying to step up efforts to prevent such tragedies, but traffickers keep lying to their clients,’’ Cochetel said.

The boat was carrying migrants and refugees, a UNHCR spokesman confirmed.

Nearly 2,800 illegal migrants arrived by boat in the Canary Islands between Jan. 1 and July 14, Spanish Interior Ministry data show, five times as many as in the same period in 2019.

Late last year, at least 62 people drowned off the Mauritanian coast and around 80 had to swim for shore after the boat carrying them northwards from Gambia sank – one of the deadliest incidents along the route in recent years.