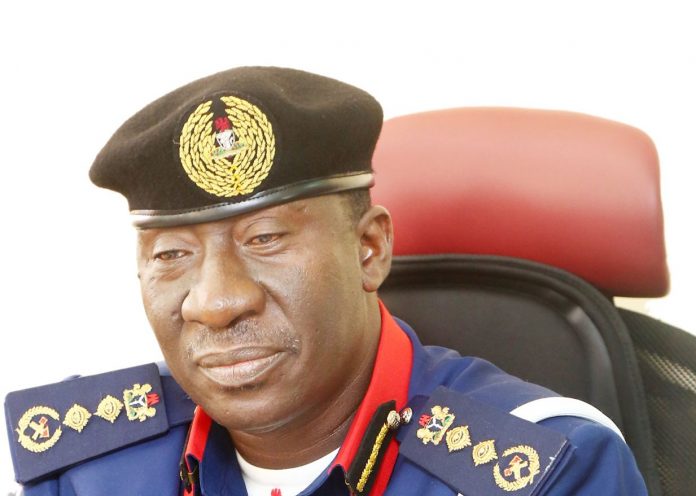 The Nigeria Security and Civil Defence Corps (NSCDC), Oyo State Command,  has promised to give maximum support to the state Security Network Agency, code-named: ‘Amotekun Corps’, to enhance its operations.

The promise was contained in a statement issued in Ibadan on Thursday by the command’s Public Relations Officer, Oluwole Olusegun.

Olusegun quoted the state Commandant, Iskilu Akinsanya, to have made the pledge, when the Chairman of Amotekun, Gen. Ajibola Togun (rtd), and his members visited the command on Thursday.

Akinsanya lauded Gov. Seyi Makinde for supporting the security agencies and releasing a take-off grant to Amotekun to beef up security in the state.

He urged the people to assist the security agencies in the state with useful information that could help them to fight crime and criminality.

Earlier, Togun said their visit was to acquaint themselves with the commandant and solicit more support from the command.

He opined that collaborating with NSCDC would be of immense benefit to the new outfit.

He specifically sought for more partnership in the area of training and intelligence sharing, given that NSCDC covers the 33 Local government and 35 Local Council Development Areas.

He said, “Security is everybody’s business and it is better to partner with an agency that has integrity and appreciates other sister-agencies as ‘partners in progress’.”

In another development, the Oyo State House of Assembly, on Thursday, confirmed that the name of Dr. Lateef Idowu-Oyeleke had been forwarded to it for screening as commissioner nominee.

Consequently, it has fixed the screening of the commissioner-nominee for Aug 11.

Idowu-Oyeleke’s name was forwarded to the Assembly by Gov. Seyi Makinde to replace the late Mr Kehinde Ayoola.

It was reported that Ayoola, a former Commissioner for Environment, died on May 14 during a brief illness.

The Speaker, Adebo Ogundoyin, said that the commissioner-nominee would be screened on Aug. 11, while his curriculum vita would also be checked to authenticate his records and ascertain his competence as a commissioner in the state.

Ogundoyin said that the vacant commissionership position needed to be filled with a competent hand so that work could progress in the ministry.

The speaker further directed the commissioner-nominee to forward 60 copies of his curriculum vitae to the Assembly before the screening date for proper scrutiny.