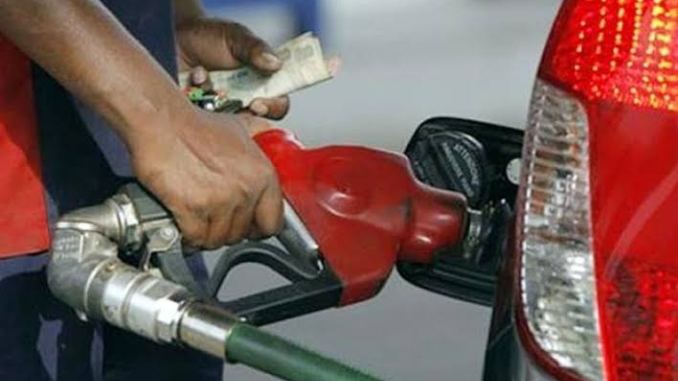 …As Troops deactivate 25 illegal refineries, impound 342,000 ltrs of AGO in South-South***

The Manufacturers Association of Nigeria (MAN) has urged the Federal Government to make efforts at revamping the nation’s ailing refineries and regulate the fluctuating pump price of petrol.

Mr Ambrose Oruche, the Acting Director-General of MAN, also called for quick passage of the Petroleum Industry Bill (PIB) when he spoke with newsmen on Thursday in Lagos.

He said that the fluctuations and lack of uniformity in prices of petrol would adversely affect the cost of doing business, competitiveness and sustainability particularly for the Small and Medium Enterprises (SMEs) in the nation.

He urged government to provide tax rebate and grant to SMEs to help cushion the effects of the ongoing increase in prices, especially at this period of economic recovery from the ongoing COVID-19 pandemic.

“Over the years, the Organised Private Sector has been requesting for full deregulation of the petroleum industry so that more investment can come into that sector and the economy of the nation can be improved.

“The deregulation which came in as a result of COVID-19 pandemic was a welcome development; petrol price fluctuates just as the price of automotive gas oil which have been deregulated over a long time.

“The market forces determine the price but what government is trying to do is to control the hands of the market forces by not taking away cost of petrol beyond the ordinary people.

“Price increase will continue but it will be better if there is a refinery to address issues of refining and cost implications locally; if they cannot be refined locally, more investments may not come into the local refinery except the Petroleum Industry Bill is signed,” he said.

“It will also have implications on businesses,  particularly small businesses that depend on petrol to power their generators to augment electricity supply.

“For government to cushion the impact on small businesses, government must do more at ensuring that power generation is at its peak and distribution is efficient and people get electricity at least 20 hours daily, this will reduce dependence on petrol,” he said.

Following the development, checks carried out in Lagos showed that filling stations owned by the Nigerian National Petroleum Corporation (NNPC) are selling petrol at N148 per litre while independent and major marketers sold between N150 and N152 per litre.

In another development, the Defence Headquarters says troops of Operation Delta Safe, discovered and deactivated 25 illegal refineries and impounded 342,000 litres of illegally refined AGO in the South-South in the last two weeks.

The Coordinator, Defence Media Operations, Maj.-Gen. John Enenche, disclosed this while giving updates on military operations across on Thursday in Abuja.

Enenche said the troops had intensified the fight against crude oil theft and pipeline vandalism in the region with attendant successes.

According to him, Operation Delta Safe discovered and deactivated 25 illegal refining sites in Rivers, Cross River and Akwa Ibom within the period under review.

He also disclosed that the troops of subsidiary operations, Calm Waters II and Swift Response, seized 141x50kg bags of smuggled foreign parboiled rice and impounded boats involved in the activities.

According to him, as part of non-kinetic activities, the Nigerian Navy Ship, DELTA, led a peace and reconciliation meeting with stakeholders of Gbaramatu Kingdom, Warri South Local Government Area of Delta.

“The peace meeting was held, following recent threats to disrupt oil and gas infrastructure by the people of Gbaramatu Kingdom.

“Accordingly, the naval base summoned a meeting with the key actors in the agitation.

“The activists thanked the military for the timely intervention and promised to tow the path of peace.

“The meeting was fruitful as they promised to do all within their reach to forestall violence in the area.

“They also solicited the cooperation of the military in providing security in the area,” he said.