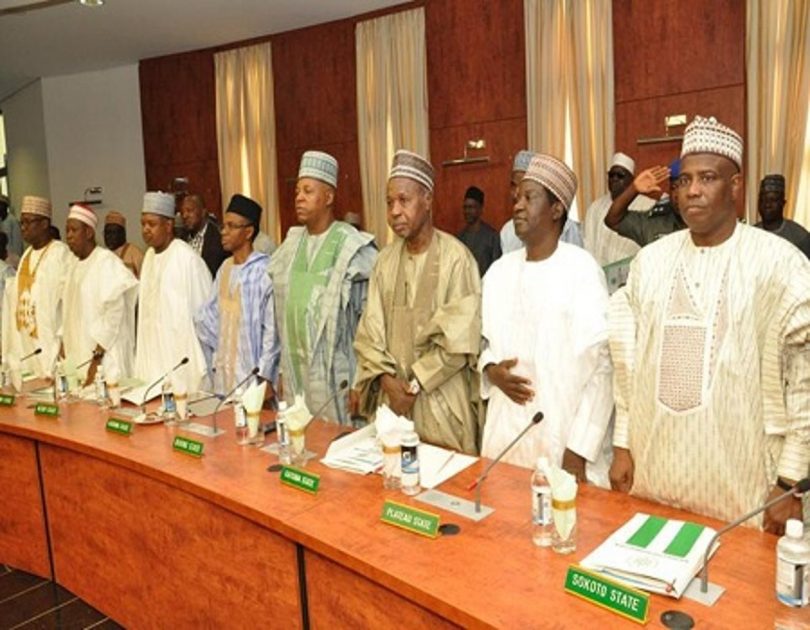 The Northern Governors Forum on Thursday condemned the recent attack in Southern Kaduna in which about 22 persons were reportedly killed on Wednesday night.

Chairman of the Forum, Gov. Simon Lalong of Plateau via a statement issued by his Director of Press and Public Affairs, Dr Makut Macham, described the attack as unfortunate.

He expressed concern that the yet to be arrested gunmen, attacked four Atyap villages in Zangon Kataf Local Government Area of Kaduna State.

Lalong expressed worry that the attacks on the villages were persistent in spite all efforts by the Kaduna State Government and security agencies to end the violence.

He said the attacks in the villages showed the desperate attempt by criminal elements to not only cause pain and sorrow among innocent citizens, but also frustrate the efforts of the Kaduna State Government at fostering peace and harmony.

“We are deeply saddened by this cycle of violence and blood-letting that is carried out against unarmed and helpless people. This is reprehensible and regrettable.

” While we call on the security agencies to rise up to the occasion and apprehend these criminals, we also encourage the citizens to assist with relevant intelligence that will lead to the arrest of these bloodthirsty people,” he said.

He said any group or individual aggrieved should seek redress through official channels than resorting to actions that lead to crisis and instability.

The chairman commiserated with the victims of the crisis and the Government of Kaduna State, while promising to support Gov. Nasir El-rufai in working with all stakeholders to bring the incessant crises to an end.

In another development, the Chairman, Northeast Civil Society Network (NCSN), Amb. Ahmed Shehu, has called on Federal Government to intensify efforts in the fight against insurgency to allow northeast farmers have access to their farmlands.

Shehu made the call in a statement jointly issued by NCSN and the Organised Labour on Thursday in Abuja said there was a need to intensify efforts in bringing a definite end to the lingering crisis in the northeast.

He said that the lingering insecurity in the northeast especially in Borno had caused instability in the zone, led to poverty and made the people to be over-dependence on aid.

The chairman said that farmers no longer enjoy their farming due to security challenges, adding that the situation had led to high cost of commodities and goods in the area.

“We call on the Federal Government to intensify security to enable farmers having access to their farmlands thereby reducing their over-dependence on aid.

“Farming is the major economic activity and source of livelihood to majority of the populace of the state in particular and the region in general.

“But due to the lingering security challenges people have been denied access to their farmlands,” he said.

He urged the religious and traditional leaders and all other citizens to intensify prayers and seek for divine intervention on the issue of insecurity in the northeast.

“We appreciate the sacrifice made by the security forces and call on them to intensify efforts in bringing a definite end to this lingering crisis.

“We hope the collaboration of the government and stakeholders will urgently address the challenge,” he said.

Shehu said that measures should be introduced by the various levels of governments and relevant stakeholders to deter and dissuade the insurgents from carrying out attacks.

He suggested that government should put in place vital measures thereby creating initiatives that would make the public to know the implications of crises and instability in the area.

He added that strengthening civil-military relationships and community policing would also enhance in the fight against insurgency.

According to him, the government should also establish series of measures to enhance public confidence in the security and intelligence agencies.

The chairman called for revisiting and re-modeling of the approach by the “Operation Safe Corridor” on de-radicalization and reintegration of ex-combatants back into the communities.

He added that the stakeholders should be consulted throughout the process as such would enhance the effort in the fight against insurgency.

He said that full-fledged local government autonomy should be restored to reactivate the presence of governance and the return of civil authorities at the grassroots level.

Shehu who condemned the recent attack on the Governor of the state, Babagana Zulum, and his entourage, added that there should be a transparent and all-inclusive investigation into the matter.

“We urged the Armed forces to prioritise the safety and security of our people in the region including the aid workers, those on the front line.

“If the safety and security of the number one citizen in the state is not guaranteed, then what about the citizens who regularly ply the highways to earn a living,’’ he said.