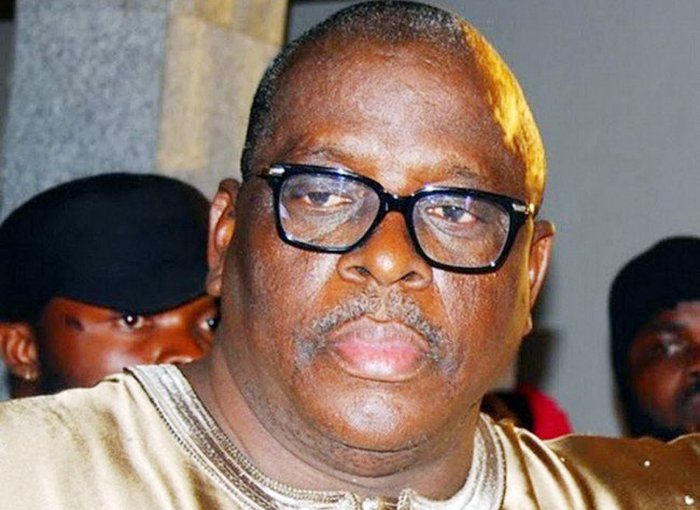 Gov. Dapo Abiodun of Ogun has expressed shock over the death of Sen. Buruji Kashamu on Saturday.

A statement issued in Abeokuta by Mr. Kunle Somorun, the Chief Press Secretary (CPS) to Abiodun, confirmed that Kashamu who represented the Ogun East Senatorial District in the 8th National Assembly died in a hospital in Lagos on Saturday.

He also contested the gubernatorial ticket of the state on the platform of the Peoples Democratic Party (PDP) in the 2019 general elections.

Abiodun, in the statement, described Kashamu’s passage as one death too many and a devastating blow to the nation’s political family generally.

“I received the sad news of the passing of Sen. Buruji Kashamu today, August 8, 2020, with deep pain and grief that words cannot capture.

“On behalf of my family, the government, and good people of Ogun, I convey our deepest condolences.

“His demise further diminishes the tribe of my close political associates.

” He was a large-hearted politician and courageous fighter for whatever cause he believed in.

“He was not just a loving personality, a generous giver, and someone who lived for others, he was to many a beacon of hope of a better tomorrow.

“This painful exit is much more than the end of an individual,” Abiodun said.

The governor described Kashamu as a phenomenon who was faithful to his principles and convictions, adding that his critics would even attest to his tenacity of purpose.

Abiodun, who also referred to Kashamu as ” a brother and friend”, said the deceased was a consummate politician and patriot who would be sorely missed within and outside Ogun for his “larger than life” disposition.

“Posterity will accord him his due recognition for his legacies of service and forthrightness.

“He was a worthy Ambassador of Ogun.

“I urge you all to take solace in the saying of Prophet Muhammad which says that ‘amazing is the affair of the believer, verily all of his affairs is good and this is not for anyone except the believer.

“‘If something of good or happiness befalls him, he is grateful and that is good for him.

“May Allah forgive and admit him to Aljannah Firdaus and grant the family, friends and associates the patience to bear this painful loss,” Abiodun said.

Similarly, former President Olusegun Obasanjo, in a letter dated Aug. 8, and addressed to Abiodun, a copy of which was made available to newsmen also condoled with the governor over Kashamu’s death.

”I received the sad news of the demise of Sen. Buruji Kashmu, a significant citizen of Ogun.

“Please accept my condolence and that of my family on this irreparable loss.

“The life and history of the departed have lessons for those of all us on this side of the veil.

“Kashamu in his lifetime used the maneuver of law and politics to escape from facing justice on alleged criminal offence in Nigeria and outside Nigeria.

”But no legal, political, cultural, social, or even medical maneuver could stop the cold hand of death when the Creator of all of us decides that the time is up.

“May Allah forgive his sin and accept his soul into Aljanah, and may God grant his family and friends fortitude to bear the irreparable loss,” he said.

A former lawmaker, Sen. Ben Bruce had earlier revealed that Kashamu died of COVID-19 at the First Cardiology Consultants in Lagos.

Bruce wrote on his verified Twitter handle: “I have just lost my good friend of forever to COVID-19.

“Until his death, Sen. Buruji Kashamu and I were inseparable. He died today at First Cardiology Consultants in Lagos,” Bruce tweeted.

In another development, President Muhammadu Buhari has equally expressed sadness over the passing of renowned Kano businessman, Alhaji Shehu Rabi’u.

Shehu was of the Isyaku Rabi’u clan in Kano.

The president expressed his condolences in a message by his Senior Special Assistant on Media and Publicity, Malam Garba Shehu, in Abuja on Saturday.

In the message to the Isyaku Rabiu family and Abdulsamad Rabiu, Chairman and CEO of BUA Group, who is a nephew to the deceased, the president paid tribute to Shehu for his immense contributions in the field of manufacturing and business development.

Buhari described Shehu as “an institution in his field” and wished him Allah’s mercy.

The president also extended his condolences to the Kano Emirate, the government and people of the state on the demise of the businessman.