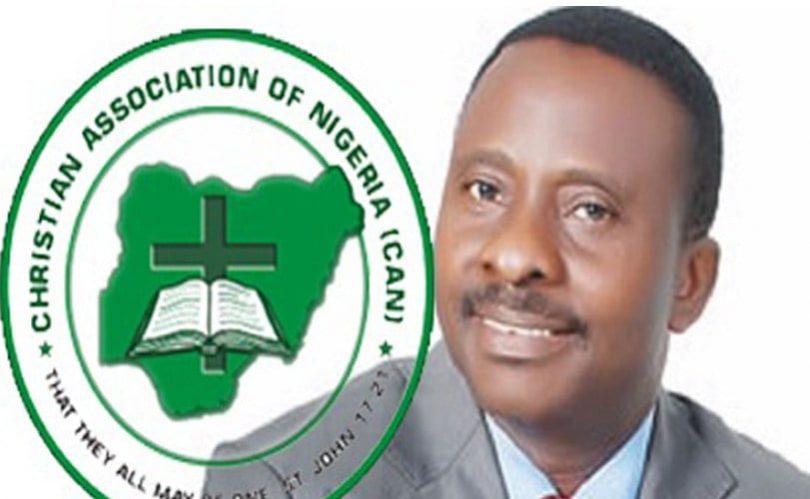 …As Monarch urges govt. to adopt new strategies over Banditry***

The President, Christian Association of Nigeria (CAN), Rev Samson Ayokunle, has urged the Federal Government to immediately overhaul the security apparatus of the country.

Ayokunle, who made the call at the Wedding Solemnisation of Rev William Okoye and Mrs Toyin Bello, at the All Christians Fellowship Mission (ACFM), Maitama, in Abuja on Sunday.

He stressed that the security situation in the country was frightening and called for urgent attention.

He said the security report given by the U.S embassy warned that Iswap and al qaeda were already in the north eastern part of the country and we could see their hands already.

”Just a week ago, 14 members of a Baptist church in Kogi state were slaughtered overnight. Nobody is safe. These radicals can attack from any angle. The people of this nation deserve to live their lives in maximum security.

”The government has to up its game. No more excuses and no more sympathies for people that have died. We can’t allow more people to keep dying,” he said.

”We have to keep our faith alive and keep trusting the Lord. We shouldn’t be weary. I believe our faith will keep us afloat regardless of what is happening currently.

Former Executive Secretary, Nigeria Christian Pilgrims Commission, Rev Tor Uja insisted that God made Nigeria for a purpose and would not abandon the country no matter the travails.

Uja,  who urged the church to continue praying for the country so the purpose of God would show forth, added that despite the difficulties, there is opportunity in all of these.

”I will like the federal government to return to its programme, focusing on nationalism and infrastructure. This way we will build the nation where all Nigerians are important because every Nigerian, rich or poor is important to the programme of God.

”We need an all hands on deck situation, to properly deal with COVID-19 in Nigeria. Everyone should be involved in rebuilding the country. There are too many monologues going on between the government of the people.

”There should be more dialogues where Nigerians take ownership of the management of the problem. We are coming out of this a greater nation and will become a blessing to the entire world,” he said.

Uja further called for the suspension of pilgrimage until next year, so that when we resume, we are ready and strong, COVID-19 would have been tackled, finances put together, and the people can be rallied together purposefully.

Lady Akpan Robert, a member of ACFM, who expressed joy towards the union of Rev Okoye and Mrs Bello, noted that it was time for Rev Okoye to move on with life.

”Daddy did all that he could. All through mummy’s sickness, he was praying day and night. God has taken mummy to heaven but daddy is still alive. Biblically he has the right to remarry,” she said.

In another development, the Ohimege Opanda of Umaisha in Nasarawa State, Alhaji Usman Abdullahi, has advised the federal and state governments to adopt new strategies to tackle banditry and other forms of insecurity in the country.

Abdullahi, a first-class traditional ruler, gave the advice on Sunday, while speaking with newsmen in his palace in Umaisha, Toto Local Government Area of the state.

He said that his call had become necessary in view of incessant activities of the bandits, leading to loss of many lives and property in some parts of the country.

“First and foremost, I want to express my appreciation to Gov. Abdullahi Sule for his efforts in tackling insecurity in this area and the state in general.

“He has really shown concern about what is happening here. You can see that we have military men and mobile police personnel around to help us maintain peace in this area.

“President Muhammadu Buhari is also doing a lot in the area security. Other security agencies too are not relenting. I am, therefore, making a case for a new strategy.

“I know that governments, both at the state and federal levels, are trying their best, but I want them to do more in tackling banditry and other forms of insecurity; otherwise, people will run away from this area.

“It is in view of this that I want to appeal, not only to the state government but also, to the Federal Government to take very serious actions against these bandits.

“The bandits are mostly occupying the forest between Nasarawa and Kogi states and they are in large numbers.

“There was a time that the military pushed them out, but after the operation, they came back in large numbers and regrouped again,” he said.

Abdullahi also said that the activities of bandits in his domain could be likened to what was happening in Katsina, Zamfara and Sokoto states, adding that it was having an adverse effect on the country’s development.

The traditional ruler appealed to government to take the issue of banditry in his domain with all seriousness.

On the coronavirus pandemic, Abdullahi urged his subjects and Nigerians to continue to adhere strictly to government’s directives and other preventive measures in order to remain safe.

He also enjoined his subjects and the people of the state to continue to support government’s policies and programmes in order to enjoy more dividends of democracy.