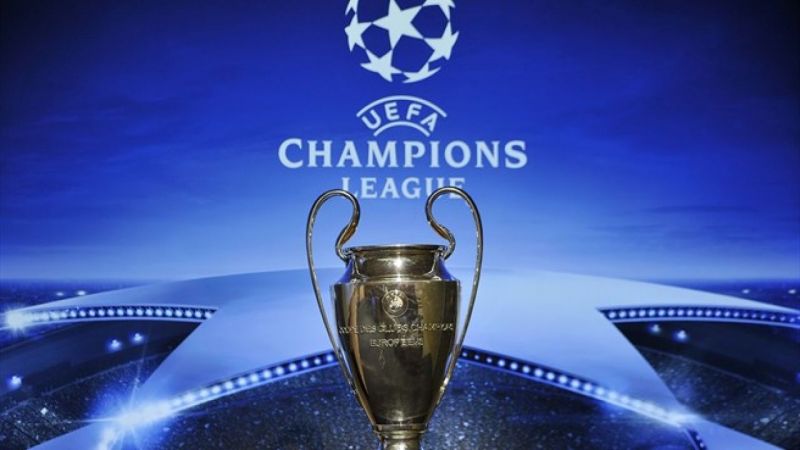 There was barely time for the full inquest into Juventus’ exit from the UEFA Champions League to even begin before the club delivered their own blunt verdict.

They sacked their coach, Maurizio Sarri.

Not so long ago, there would have been surprise, perhaps even some outrage, at a coach losing his job just two weeks after winning a domestic league title.

However, Sarri’s removal, the day after their aggregate defeat by Olympique Lyonnais, was a reminder that for Europe’s “super clubs”, success is now determined solely by the UEFA Champions League.

Juve have, after all, won the last nine Serie A titles.

Clinching the scudetto, once a moment of glory and a chance for gloating over rivals AC Milan and Inter Milan, is now viewed as the bare minimum.

New coach Andrea Pirlo will surely be aware of this.

These are clubs who must shine in Europe to be viewed as truly successful.

The pressure is concentrated even more this year as Europe’s elite gather in Lisbon this week for a COVID-19 enforced mini-tournament.

It is an event with one-off quarter-final and semi-final games leading up to the final on Aug. 23.

PSG, who have never gone beyond the last-four, kick off the show, with their last-eight tie on Wednesday against surprise package Atalanta.

Victory for the Bergamo club against the big-spending Qatari-owned French side will re-open questions about the future of their German coach Thomas Tuchel.

Winning the French league certainly was not enough for previous managers Carlo Ancelotti, Laurent Blanc and Unai Emery when they failed to add UEFA Champions League success to domestic domination.

The pick of the quarter-finals is Friday’s encounter between FC Barcelona and Bayern Munich, who have both won the competition five times.

Bayern Munich manager Hansi Flick, who only took over the side in November, following the dismissal of Niko Kovac, has surely done enough in his brief time in charge.

He has done enough to survive any disappointment.

But the same might not be the case for Barca boss Quique Setien.

He is also only months into his reign, after replacing Ernesto Valverde in January.

But a last-eight exit from Europe to follow a runners-up spot behind Real Madrid in La Liga, will inevitably raise doubts.

Such doubts will be over whether he is the right long term solution for the Catalan club.

There are no such questions over former FC Barcelona manager Pep Guardiola’s status at Manchester City.

But he is fuelled by a desire to get his hands back on the trophy, nine years after winning his second UEFA Champions League with Barca.

Manchester City, impressive in their last 16 win over Real Madrid, start as favourites against Lyon and indeed are backed by the bookmakers to win the competition.

Should they beat the French side, Guardiola will come against one of his former clubs in Barca or Bayern Munich in the semi-finals.

In the high-pressure knockout environment in Lisbon, Atletico Madrid coach Diego Simeone is a coach who has the pedigree and approach, well suited to such a format.

The Argentine has twice taken his superbly-drilled sides to the UEFA Champions League final, in addition to winning two UEFA Europa League campaigns.

This season, he has already claimed the scalp of last year’s winners and 2019/2020 English Premier League (EPL)  champions Liverpool.

Atletico Madrid face RB Leipzig, first-time quarter-finalists, on Thursday and should they emerge from that encounter will fancy their chances against PSG or Atalanta.

The games will be held behind closed doors at two venues ——- Sporting Lisbon’s Estadio Jose Alvalade and Benfica’s Estadio da Luz, which will host the final.

But in Nigeria, the Rivers United Football Club of Port Harcourt continues its fight on Sunday, for the second rather than third position, as it disagreed with the League Management Company (LMC) on the 2019/2020 Nigeria Professional Football League (NPFL) final table.

Okey Kpalakwu, the club’s General Manager, disclosed this position in a statement, insisting that the club remained the team which finished in second place by the end of the season.

“In that table, Rivers United and Enyimba were tied on the same number of points.

“But a totally strange/inconclusive head-to-head consideration, affected by the same force majeure, was used to place Enyimba in the second position.

“Nothing can be further from the truth, because such consideration can only exist in the imagination of those peddling the fake table.

“For emphasis and to inform discerning members of the public, we have what is internationally known and even in the rule books of LMC.

“This indicates that points are the first basis of separating teams, followed by goal difference, before head-to-head,” he said.

According to Kpalakwu, the Points Per Game (PPG) model adopted by the Nigeria Football Federation (NFF) and LMC is a straight-forward co-efficient.

“This is in order to guarantee fairness to clubs that played less number of matches.

“With the application of PPG , all teams are now measured equally, erasing the scenario of whether or not any club played a higher number of matches than the other,” the club official added.

The Rivers United General Manager argued that separating the tie by goal difference was to divide the number of goals scored by the number of matches played to arrive at a co-efficient.

He emphasised that, based on this, it was obvious that Rivers United were the second-placed team and no amount of false narratives would deceive those who should know.

“We have already made our position known to the NFF and LMC and we expect that justice will be served without fear or favour.”

Kpalakwu however warned that the Port Harcourt club may be compelled to explore all legitimate means available.

”This may include formal petitions to the Federation of International Football Associations (FIFA), the Confederation of African Football (CAF) and the Court of Arbitration in Sports (CAS) to ventilate our grievances and press for justice,” he said.