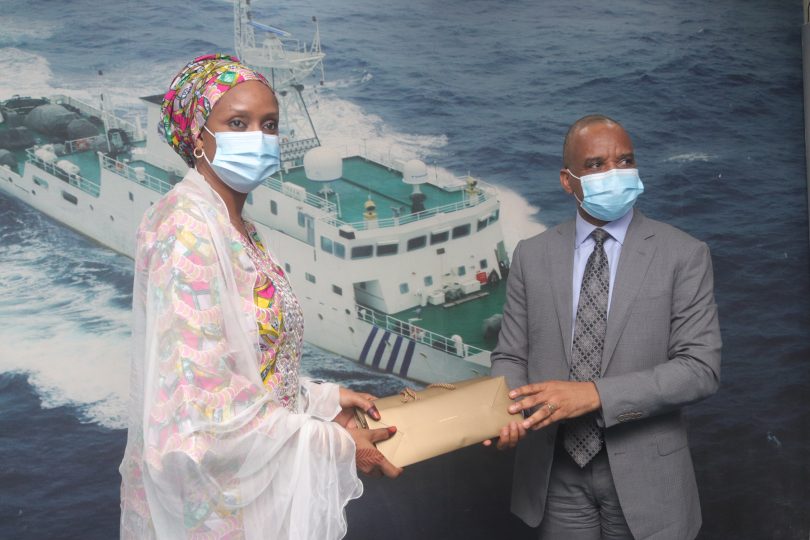 Navy Director of Information, Commodore Suleman Dahun, who made this known in a statement on Tuesday in Abuja, said Justice Ishaq Sani gave the judgment on Monday, summarily convicting Binaebi Johnson, Daniel Lemmar and Ghane Gordon on Counts 1 and 2.

He said that the three were convicted under the new Anti-Piracy Act 2019 popularly called SPOMO Act and ordered to pay a fine of N10 Million each on each of the Counts. 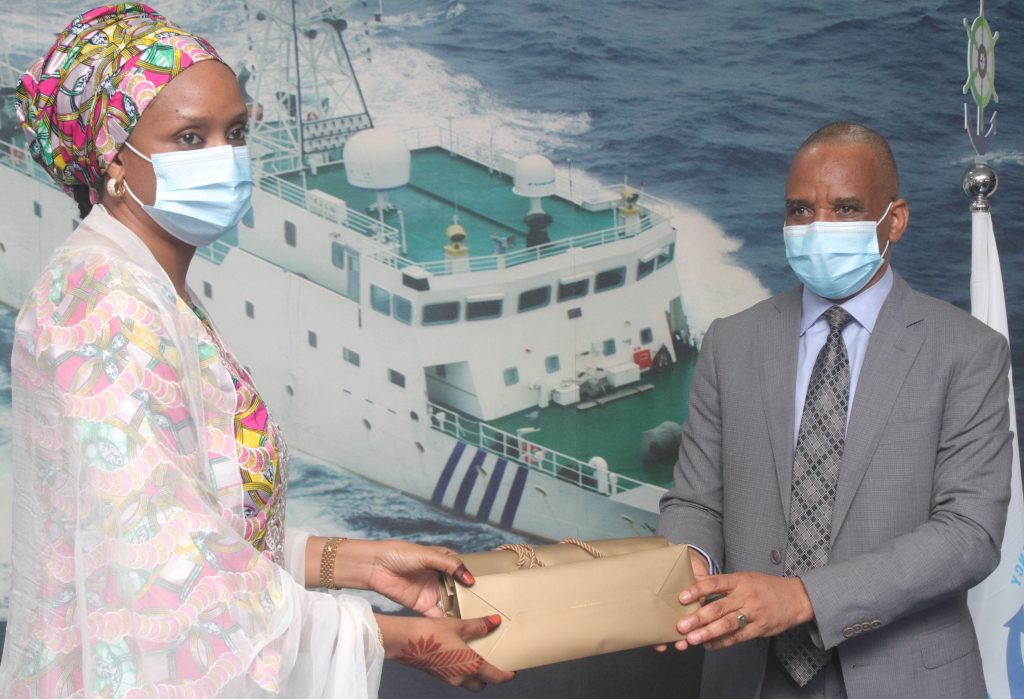 Dahun said during the hearing, the prosecution filed an amended charge dated Aug. 7.

“Consequently, the court arraigned the accused persons on the amended charges.

“Accordingly, the prosecutor applied to the court to withdraw the charges on which the accused persons pleaded not guilty.

“The prayer was granted and the accused persons were discharged on counts 3 – 5,” he said. 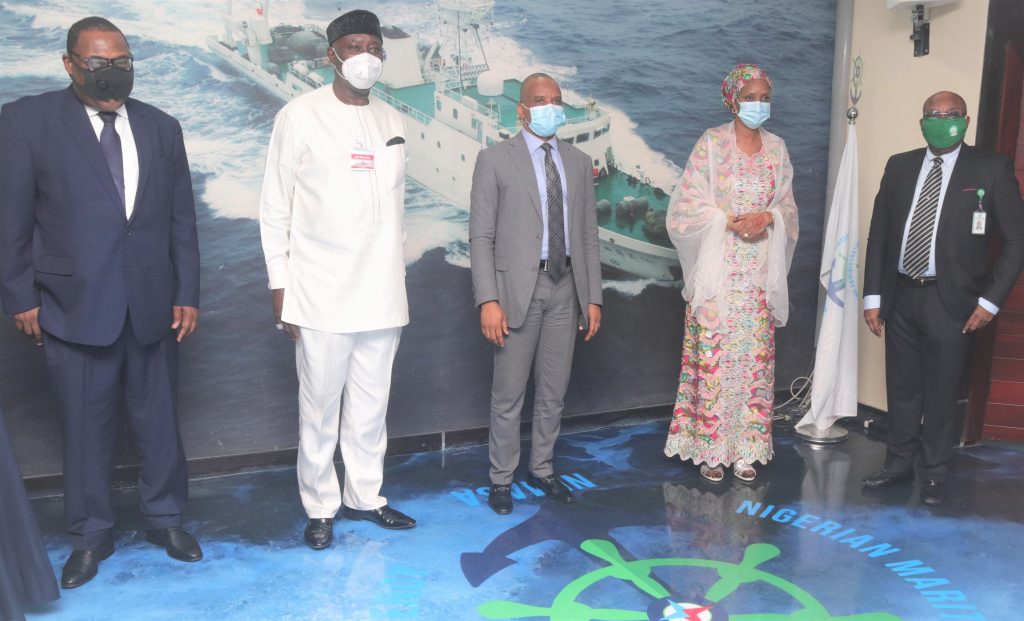 Dahun said after their arrest by the Nigerian Navy, the suspects were arraigned before the FHC, Port Harcourt on July 23 on a 7 count charge to which all the accused persons pleaded not guilty.

“As a result, the counsel to the accused persons made an application for bail pending conclusion of the trial.

“Accordingly, the matter was adjourned to Aug. 10, 11 and 12 for ruling on the bail application and commencement of the trial,” he said.

In the meantime, the Director-General of the Nigerian Maritime Administration and Safety Agency (NIMASA), Dr Bashir Jamoh, says maritime agencies are looking at the workability of 24-hour port services to tackle congestion.

Jamoh disclosed this on Tuesday in Lagos, after the second edition of the monthly meeting of heads of maritime parastatals, held at the NIMASA headquarters. 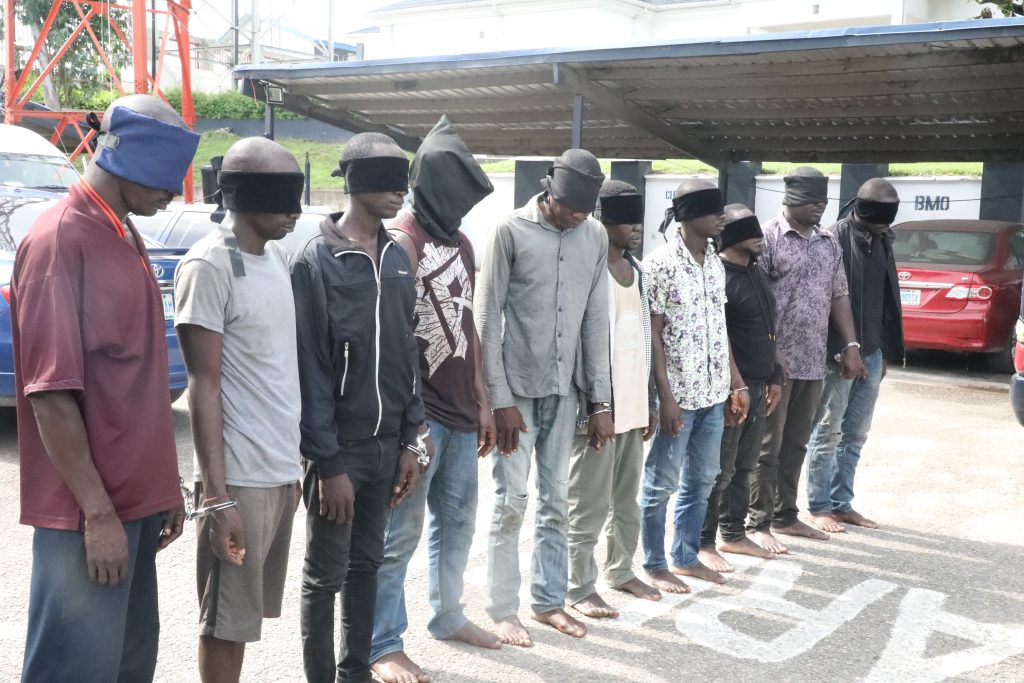 Photograph of the arrested pirates during their parade at the Nigerian Navy Ship (NNS) Beecroft, Apapa, Lagos.

The NIMASA DG said that the heads of agencies agreed to play their respective roles to facilitate the operation of 24 hours a day, seven days a week port services.

He said that this would help to decongest the ports and tremendously impact on the Ease of Doing Business initiative of the Federal Government.

Jamoh said the meeting constituted a committee to produce a work plan for the 24-hour port system, and agreed to carry communities around the port environments along.

He said this was in order to ensure safe operations within the port vicinity and beyond.

“We are looking at the workability of 24-hour port services to ease the pressure on our ports in terms of congestion.

“We also agreed to work with the Nigerian Railway Corporation (NRC) on how the movement of cargoes from the ports can be done by rail to reduce the pressure on our roads.

“Our focus is also to ensure containers are moved by barges to dry ports outside the port environments. All these will help in the efficiency and effectiveness of our ports,” he said.

Jamoh said the meeting discussed issues bordering on maritime safety and security, port efficiency, intermodal transportation, as well as synergy among agencies in the sector.

He said the forum of CEOs of the agencies had given the maritime industry a platform to grow and contribute more to Nigeria’s economic development.

According to him, the meeting, the second in the series, has started yielding positive fruits.

“For instance, the issue of berthing the NIMASA floating dock, which has lingered for a couple of years has been resolved through this meeting and very soon it will be deployed for use,” he said.

Speaking at the session, Managing Director of Nigerian Ports Authority (NPA) Ms Hadiza Bala-Usman, emphasised the need for intermodal transport system in and around the port environments.

Bala-Usman said Nigeria must prioritise intermodal transportation to reap the benefits of shipping and port activities.

She said the heads of maritime agencies agreed to work with the Nigerian Railway Corporation (NRC) to facilitate movement of cargo from the ports by rail.

Moghalu said all the maritime agencies agreed to work together to rid the Nigerian waters of unsafe craft and practices that endanger passengers and other users of the waterways.

The Executive Secretary, Nigerian Shippers’ Council, Mr Hassan Bello, said the new synergy among the heads of maritime agencies was a significant building block for efficient economic activities within the country’s maritime domain.

Bello said the ultimate aim was to make Nigeria a maritime hub in Africa through efficient and effective maritime operations and infrastructure.

The meeting was also attended by the Registrar, Council for the Regulation of Freight Forwarders in Nigeria (CRFFN) Mr Sam Nwakohu; and Rector, Maritime Academy of Nigeria (MAN) Oron, Commodore Duja Emma Effedua (rtd) who joined via zoom.