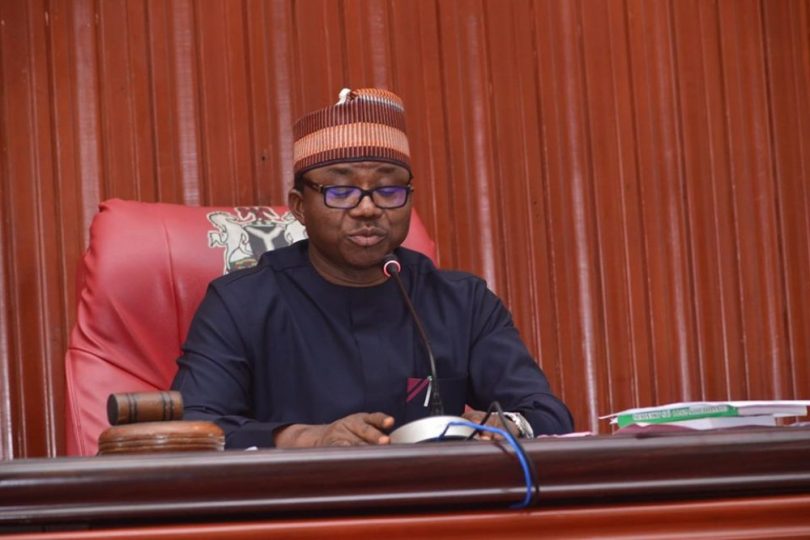 The Speaker, Edo Assembly, Francis Okiye, says the 14 members-elect not yet inaugurated, no longer have seats to occupy in the assembly, following the declaration of their seats as vacant.

Okiye who made the assertion during the assembly’s Tuesday plenary in Benin, called on the public to disregard the 14 elected lawmakers whom he said were “parading themselves as members of the Edo assembly.”

According to him, the affected members-elect have lost their status and rights, following their refusal to be inaugurated.

The speaker said that their purported inauguration in a private residence was illegal.

He said: “The Governor, following the provisions of the Constitution of the Federal Republic of Nigeria, issued a proclamation for the first session of the assembly on June 14, 2019.

“The Clerk of the House issued a notice to all members-elect to attend the first session on June 17, 2019 and the house was duly convened and inaugurated.

The speaker further said that after several sittings by the house since June 17, 2019, Uyi Ekhosuehi (Oredo East ) and Eric Okaka (Owan East) deliberately stayed away from the sittings of the assembly.

He said that the said members-elect, instead of presenting themselves to subscribe to the oath of office, filed a suit at the Edo High Court, challenging the inauguration of the house.

Okiye added: “Some members of this house approached the Federal High Court in Port Harcourt to stop the unconstitutional threat of the National Assembly to take over the house.

“The court restrained the governor from issuing another proclamation and ruled that the house was constitutionally constituted to carry out its duties.

“Following the continued absence of the members-elect, their seats were declared vacant on December 4, 2019.

“The members-elect again approached the Federal High sittings in Abuja, challenging the resolution of the house declaring their seats vacant.

“It is therefore shocking to hear that they converged in a private residence and purportedly inaugurated themselves as members of the Edo House of assembly.”

Belgore, in granting the order stated that “This application upon a calm consideration of the 10-paragraph affidavit and the 9 exhibits attached and the arguments of counsel both orally and written is hereby granted as prayed.”

He then adjourned until Aug. 18 for hearing of the motion on notice.

” From publishing or circulating, “Okunbo, Oshiomhole making plans to disrupt Edo governorship election” and other related defamatory publication by any means.

He further sought an order restraining the defendants by themselves or any other person from causing to be published, circulating, further publishing, reporting or publicising the publication captioned

Okunbo further sought an order granting leave to him to effect service of the originating processes on the suit on the defendants by substituted means by publishing in a widely circulated national daily newspaper and to deem same as good and proper service.

He further sought an order granting him leave to serve further and other processes in the suit on the defendants by substituted means by publishing same in a national daily newspaper until they cause appearance to be entered on their behalf.