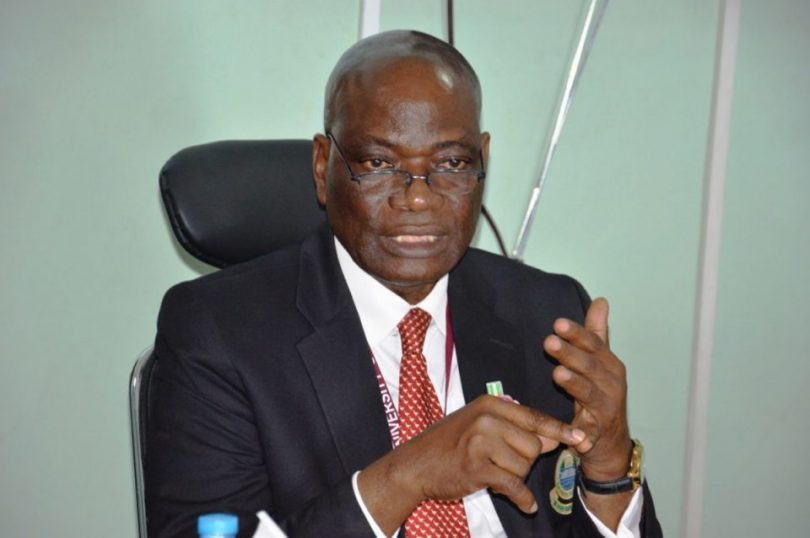 The Vice-Chancellor, University of Lagos, Prof. Oluwatoyin Ogundipe, has described his purported removal from office as untrue and illegal.

Ogundipe disclosed this in a statement he issued to newsmen on Wednesday in Lagos.

”The attention of the University of Lagos (Unilag) Management has been drawn to a notice to the general public on the removal of the Vice-Chancellor, University of Lagos, dated Aug. 12 and signed by Oladejo Azeez, Esq, Registrar and Secretary to the council.

”It states that the Vice Chancellor, Prof. Oluwatoyin Ogundipe, has been removed from office with immediate effect.

”The purported removal is an illegality and cannot stand as it is in clear violation of the University of Lagos Act as amended by the Universities (Miscellaneous Provisions) (Amendment) Act, 2003.

”Therefore, members of the University of Lagos community and the general public are advised to disregard the information as contained in the notice.

”Prof. Oluwatoyin Ogundipe remains the Vice-Chancellor of the University of Lagos,” he said.

The newsmen report that Ogundipe’s purported removal was contained in a statement by the Registrar of the institution, Oladejo Azeez.

The lingering face-off between Ogundipe and the Chairman, Governing Council of the institution, Dr Wale Babalakin, worsened on Wednesday as the council announced the removal of Ogundipe from office.

The announcement came after a meeting it held in Abuja.

It was gathered that 12 members of the council were present at the meeting and seven voted for Ogundipe’s removal, four voted against it and one voted that he be placed on suspension.

In another development, the Nigerian Navy (NN) has disowned a fake press release inviting candidates of the Nigerian Navy Basic Training School (NNBTS ), Batch 30 to commence training at the school in Onne on Aug. 18.

Navy Director of Information, Commodore Suleman Dahun, disowned the fake press release in a statement on Wednesday in Abuja.

He said the Naval Headquarters had not invited successful candidates of Batch 30 to resume for any form of training.

Dahun said the fake press release was the handiwork of fraudsters intent on defrauding unsuspecting and innocent members of the public and should, therefore, be disregarded.

“The attention of the Naval Headquarters has been drawn to a fake press release inviting candidates of the NNBTS Batch 30 to commence training at NNBTS Onne on Aug.18.

“For the avoidance of doubt, Naval Headquarters has not invited successful candidates of Batch 30 to resume for any form of training.

“The press release is the handiwork of fraudsters intent on defrauding unsuspecting and innocent members of the public and should, therefore, be disregarded.

“Information on all the stages of 2020 Nigerian Navy recruitment will be communicated in due course,” he said.