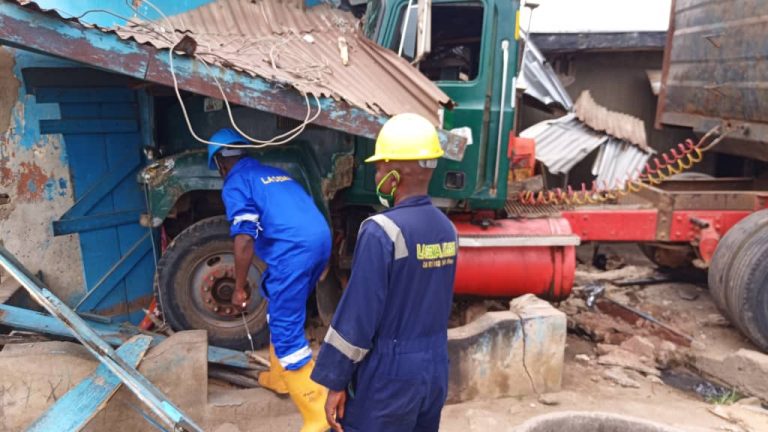 A driver’s recklessness on Thursday afternoon, resulted in an articulated truck losing control and crashing into a building, situated at Owode-Onirin in Lagos. No life was lost.

He said that a preliminary report on the accident revealed that the empty articulated truck was involved in a lone accident.

“The articulated truck veered off the road and crashed into a residential building at Owode-Onirin,’’ he explained, adding that no injuries were recorded as the driver and residents of the building were unhurt.

Oke-Osanyintolu said that the accident was caused by the recklessness of the driver.

He said that the truck had been removed off the building with the aid of a private tow truck.

He added that the incident had been handed over to the Police at Owode Onirin police station for further investigation.