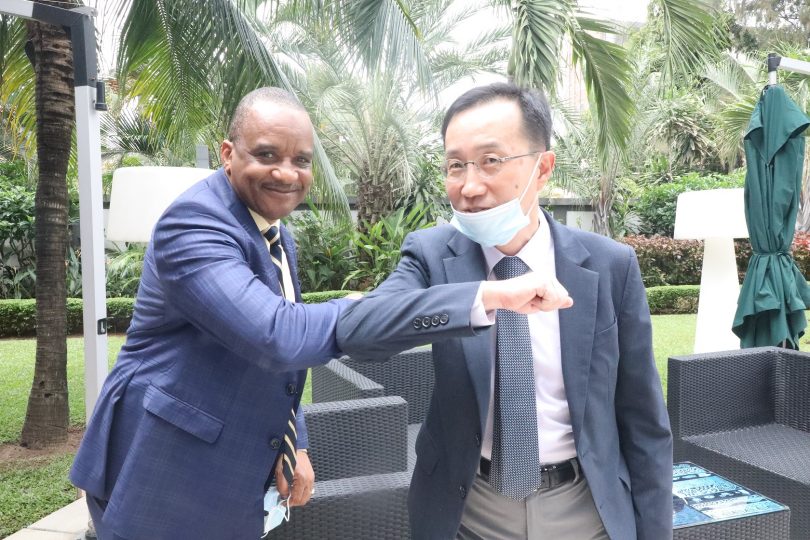 The Director-General, Nigerian Maritime Administration and Safety Agency (NIMASA), Dr. Bashir Jamoh has indicated that Nigeria and South Korea have agreed to boost collaboration in trade and shipping development.

Jamoh stated this in Lagos during a meeting between him and Consul General, Embassy of the Republic of Korea in Nigeria, Kim In-Taek, pointing out that both countries have maintained good maritime and trade relations since the 1980s.

Presently, the duo said there was need to expand the relationship in line with global economic dynamics.

The NIMASA Director-General told newsmen after the meeting with the South Korean envoy that development of Nigeria’s maritime potential was a critical element of President Muhammadu Buhari’s economic diversification agenda.

He said the Republic of Korea was an important partner in the effort to harness the enormous treasures of Nigeria’s marine environment.

“There is a great deal of interest in harnessing our rich maritime resources and potential as new sources of government revenue under the Nigerian government’s economic diversification drive. We see South Korea as very important here”, Jamoh stated, noting a relationship that dates back to the ’80s. 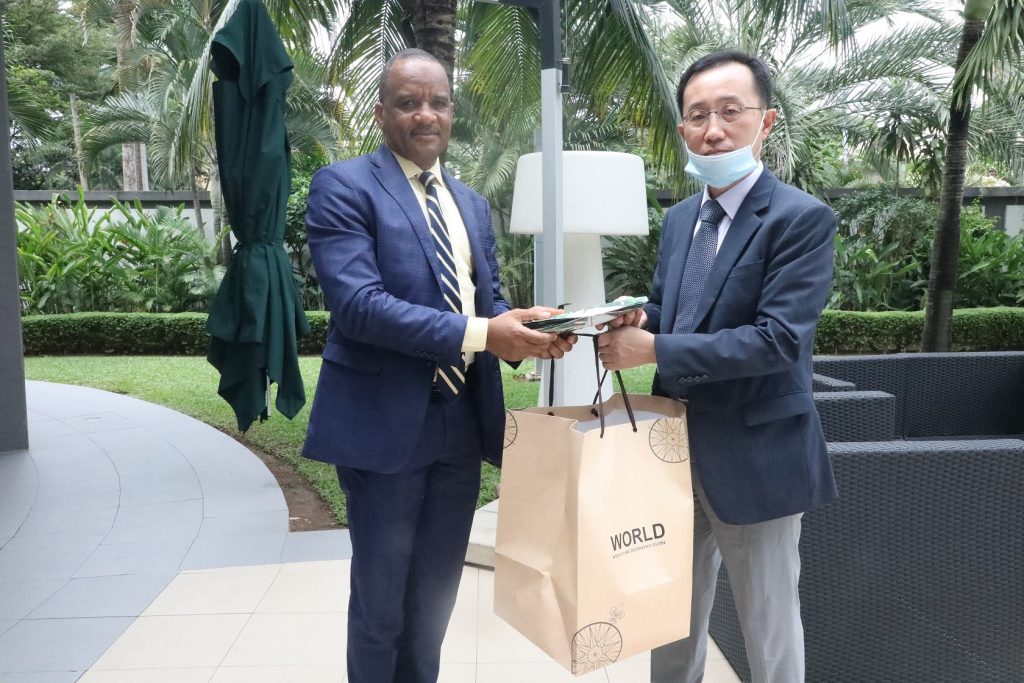 Consul General, Embassy of the Republic of Korea in Nigeria, Kim In-Taek, making a presentation to the Director-General, Nigerian Maritime Administration and Safety Agency (NIMASA), Dr. Bashir Jamoh, after a meeting in Lagos.

“The relationship between the two countries dates back to the 1980s. We have been together on trade, power, and energy. And in the meeting I had with In-Taek, we discussed possible areas of cooperation in terms of ship repairs and ship recycling and we agreed that we will continue to improve on trade cooperation.”

“To consolidate on the already existing relationship and increase our trade and maritime cooperation, especially in the areas of shipbuilding, ship repairs, and ship recycling, among other aspects of shipping development, there needs to be more effort from both countries.

“Interestingly, we are agreed on the need to improve cooperation in these areas”, the DG said further.

He reiterated that shipping development was part of his administration’s three-point agenda, which also includes maritime safety and maritime security.

In-Taek, in his own remarks, described NIMASA as a very important organisation, saying Korea is willing to develop a good relationship with the Nigerian maritime sector.

He said, “Nigeria has the potential because it is a leading country, not only in the shipping area but also in other businesses in Africa. Nigeria has a big economy, with the population as an added advantage in the continent, hence, the Koreans can do business with Nigeria successfully.”

In-Taek, who is nearing the end of his two-year tenure in Nigeria, thanked the Korean authorities for giving him the opportunity to serve in Nigeria. He called on the NIMASA Director-General to extend the cooperation accorded him to his successor.

Korea is a leading shipbuilder in the world, accounting for nearly 40 percent of global ship orders.