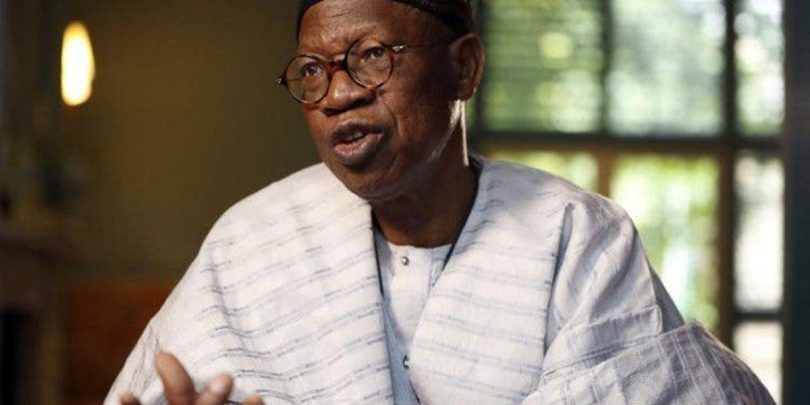 The Federal Government may have foreclosed further negotiation on the recent hike in petroleum and electricity tariffs, highlighting that under the prevailing economic conditions, Government can no longer afford fuel subsidy, let alone, supplementing electricity tariff.

The Minister of Information and Culture, Alhaji Lai Mohammed disclosed this at a media briefing in Abuja, stressing that the nation’s revenues and foreign exchange earnings have fallen by almost 60 per cent due to the downturn in the fortunes of the oil sector.

The media briefing, which was on the recent increases in petrol and electricity prices, was jointly addressed by the Minister of Power, Saleh Mamman and Minister of State Petroleum, Timipreye Sylvia.

Mohammed said that despite the economic situation, the government sustained expenditures, especially on salaries and capital projects and stopped unsustainable practices that were weighing the economy down.

“Government can no longer afford to subsidise petrol prices, because of its many negative consequences; these include a return to the costly subsidy regime.

“The second danger is the potential return of fuel queues – which has, thankfully, become a thing of the past under this Administration.

“The days in which Nigerians queue for hours and days just to buy petrol, often at very high prices, are gone for good.

“Of course, there is also no provision for fuel subsidy in the revised 2020 budget, because we just cannot afford it,” he said.

He recalled the PPPRA announced that it begun fuel price modulation, in accordance with prevailing market dynamics, and would respond appropriately to any
further oil market development.

“With the low price of crude oil then, the cost of petrol, which is a derivative of crude oil, fell, and the lower pump price was passed on to the consumers to enjoy.

“With the price of crude inching up, the price of petrol locally is also bound to increase, hence the latest price of N162 per litre.

“The angry reactions that have greeted the latest prices of Premium Motor Spirit (PMS) are therefore unnecessary and totally mischievous,” he said.

The minister said that the Government is not unmindful of the pains associated with higher fuel prices and it will continue to seek ways to cushion the pains, especially for the most vulnerable Nigerians.

“The government is providing cheaper and more efficient fuel in form of auto gas. Also, Government, through the PPPRA, will ensure that marketers do not exploit citizens through arbitrarily hike in pump prices,” he said.

Mohammed also noted that in spite of the recent increase in the price of fuel to N162 per litre, petrol prices in Nigeria remain the lowest in the West/Central African sub-regions.

Outside the sub-region, the minister said petrol sells for  N211 per litre in Egypt and N168 per litre in Saudi,  stressing that with the removal of subsidy, fuel price in Nigeria remains among the cheapest in Africa.

On the service-based electricity tariff adjustment by the Distribution Companies (DISCOS), Mohammed said the government has been supporting the largely-privatized electricity industry.

“To keep the industry going, the government has so far spent almost N1.7 trillion specially by way of supplementing tariffs shortfalls.

“The government does not have the resources to continue along this path.

“To borrow just to subsidize generation and distribution, which are both privatized, will be grossly irresponsible,” he said

The minister noted that in order to protect the large majority of Nigerians, the industry regulator approved that tariff adjustments had to be made only on the basis of guaranteed improvement in service.

“Under this new arrangement, only customers with guaranteed minimum of 12 hours of electricity can have their tariffs adjusted.

“Those who get less than 12 hours supply will experience no increase; This is the largest group of customers.

To address the challenge of arbitrary estimated billing, he said a mass metering programme is being undertaken to provide meters for over 5 million Nigerians.

He said the Programme is largely driven by preferred procurement from local manufacturers to create jobs.

He disclosed that the government is providing solar power to five million Nigerian households in the next 12 months.

He said the Programme will produce 250,000 jobs and impact up to 25 million beneficiaries through the installation.

The minister also noted that despite the recent service-based tariff review, the cost of electricity in Nigeria is still cheaper or compares favourably with that of many countries in Africa.

The minister noted that “the timing of the two necessary adjustments, in the petroleum and power sectors” was a coincidence and not a deliberate attempt to inflict pains on Nigerians.

He urged the people to ignore the “opportunistic opposition and their allies” who are playing dirty politics with the issue of petrol pricing and electricity tariff.

“Please note that these naysayers did not complain when the price adjustment led to lower petrol prices on at least two occasions since March.

“Nigerians must therefore renounce those who have latched onto the issue of petrol pricing and electricity tariff review to throw the country into chaos,” he said.

Speaking in the same vein, Sylva said with the loss of 60 per cent of the nation’s national income due to COVID-19, fuel and electricity subsidies were no longer feasible.

He said due to the pandemic, demand for crude oil, the mainstay of the nation”s economy dropped, affecting earnings.

“Before COVID-19 crude oil prices was in the range of over 60 dollar per barrel, today, in spite of all the cut in production, we have not been able to achieve more than 45 dollar per barrel.

“You can see that there is a crisis at hand and the only way to adjust is to stop subsidy, which previous administrations have attempted to do.

“We have gotten to that point now,” he said.

The minister called for understanding and support of Nigerians, stressing that it is in the best interest of a sustainable national economy.