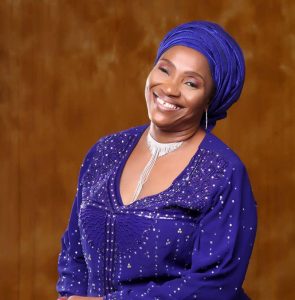 The Centre for Black and African Arts and Civilisation (CBAAC) on Tuesday called for an end to all forms of slavery, servitude, racism, prejudice, racial discrimination and social injustice.

Its Director-General, Oluwabunmi Amao, made the call during a public lecture organised in commemoration of the 2020 UNESCO International Day for Remembrance of Slave Trade and its Abolition.

The webinar public lecture was tagged: “Contemporary Enslavement and its Implications for Africa’s Development”.

Amao said that countries must consciously desist from such vices to affirm the universal principles of human dignity, freedom, and equality.

“We wish to call on the global community to stand and work against all forms of slavery, servitude, racism, prejudice, racial discrimination and social injustice.

“CBAAC wishes to use this platform to condemn in the strongest terms, recent surge in racism against blacks and people of African descent across the globe that tends to suggest the superiority of one race over another.

“It is indeed a reality that slavery did not end with the abolition in the 19th century, instead, it changed its forms and continued to harm people in Africa and other parts of the world.

“It is instructive to note that today, slavery is less about people literally owning other people, although that still exists.

“But more about being exploited, decimated and completely controlled by someone else, without being able to leave, hence the need for awareness on the matter as a sure way for its eradication,” she said.

He said that modern enslavement was a general menace in Africa that needed to be curtailed promptly due to the numerous havoc it had wrecked across African continent.

He noted that the major solution to this problem was for the African leaders to consciously create viable economies which would provide numerous job opportunities to the citizens.

“People are suffering from different forms of enslavement and mental enslavement can be dealt with by practising Godliness rather than being religious, also embracing science and neglect superstition, likewise get informed,” he said.

Ogunyemi urged countries dominant in modern enslavement to desist from such.

He noted that domestic sex factory and construction enslavements as well as organ harvest and farm work were rampant in the affected countries.

He said this was obvious considering the activities of religious leaders, job vendors, housemaid contractors and all.

“Religious leaders and native doctors play major roles in encouraging enslavement in Nigeria with the subject-master relationship they encourage between themselves and their members.

“Government is also guilty here when people will be employed and they will be deprived of their salaries at month-end, this is seen with some state governments.

“African governments must begin to frown at obtaining foreign loans, this is also another form of enslavement; Nigerian security operatives must also learn to use social media for intelligence purposes,” he said.

Mr Daniel Atokolo, Lagos Zonal Commander, National Agency for the Prohibition of Trafficking in Persons (NAPTIP), said that the agency had not relented in fulfilling its mandate.

Atokolo, represented by Nosa Mamman-Odey, a NAPTIP official, noted that the agency was working unanimously with some other organisations to rescue victims of slavery from other countries and empower them to be reintegrated back into the society.