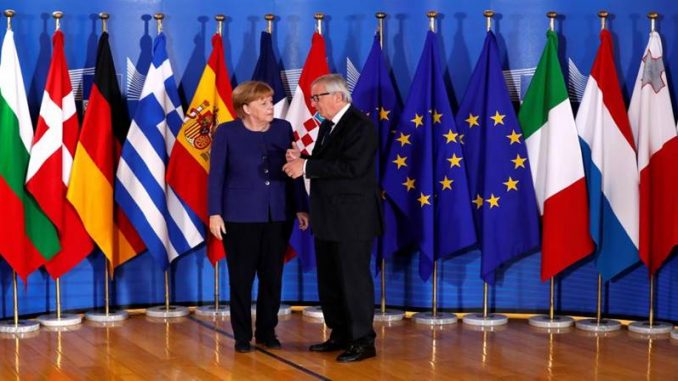 …As Jordan brings back mandatory military service as unemployment rises***

The European Union (EU) lacks strategic and unified approach to Chinese investment among members, to effectively mitigate risks, such as becoming overly indebted to a strategic competitor, an EU watchdog said.

The European Court of Auditors – a body that checks how EU money is spent – identified 18 risks associate with Chinese state investment in the EU.

China is one of the 27-member EU’s biggest trading partners, but concerns have been raised about unchecked investment in the bloc.

These risks include, for example, over-indebtedness that could lead to the loss of strategic collateral and lower environmental standards, as well as competitiveness challenges.

At the end of 2018, Chinese direct investments billed at 202 billion euros (234 billion dollars).

Of this, the lion’s share went to Luxembourg at 82.5 billion euros.

According to a non-public European Commission database, total assets by Chinese investors, including foreign direct investment, amounted to 2.1 trillion euros at the end of 2017.

But data on Chinese investment was not comprehensive, the ECA said.

Official Eurostat data were fragmented, not timely, and incomplete, the report found.

“Is the EU driving blind toward China?” she asked, adding: “It certainly appears that we are sailing with no compass.”

According to the report, the EU also lacks a formalised comprehensive analysis of the risks involved.

With no overarching EU approach, multiple member states had signed agreements with China without notifying the European Commission.

This lack of coordination had led to a piecemeal approach that lacked unity, she said.

According to European companies, China must make big improvements if it is to finalize an investment deal with the EU.

“The European side has made it very clear that it cannot meet China in the middle,” said Joerg Wuttke, president of the European Union Chamber of Commerce, on Thursday.

According to Wuttke, fair competitive conditions already apply in Europe – both for domestic and Chinese companies.

In China, however, this is still not the case. Therefore it is up to Beijing to “close the gap,” he said.

Wuttke’s comments come ahead of summit talks between the EU and Beijing planned for next week.

The chamber president said he was not very confident that a comprehensive deal satisfying EU companies could be made.

According to Wuttke, the window of opportunity for an agreement with China is also closing and the deal must come this year.

One of the topics will be the planned investment deal, which has been under negotiation for six years.

In another development, Jordan has reintroduced mandatory military service for young men in the hopes it will help battle the rising unemployment rate amid the coronavirus pandemic.

“We cannot stand idle in the face of the increasing unemployment numbers we are seeing, which is a global phenomenon aggravated in light of the continuing coronavirus pandemic,” Prime Minister Omar Razzaz said on Wednesday.

Unemployed, single men aged 25 to 29 years will be required to report for conscription. The conscription will be divided into two parts.

The first three months will be a military training “that helps in consolidating the national identity of young people and enhances [their] discipline and commitment,” Razzaz added.

This will be followed by nine months in which conscripts gain “professional, technical and digital” skills, he added without details.

The conscription system will be overseen by both the armed forces and the Ministry of Labour.

At the end of their service, they will have a priority to get hired in government positions, Minister of Labour Nidal Bataineh said.

This is “not going to be the magic wand to solve unemployment… which needs economic growth and attracting investments,” Bataineh said.

Yet, he said, it is based on “the economic priorities” of the state after “in-depth studies” of the labour market and the needs of youths.

Around 5,000 men will be requested to start the service this year, and up to 15,000 next year, Bataineh added.

The voluntary programme will continue to receive applications from interested women.

Unemployment in Jordan increased to 23 per cent in the second quarter of 2020, compared to 19.2 percent in the same period last year.

Jordan imposed strict lockdown measures in mid-March to curb the spread of the virus, which continued for months, affecting many business sectors.

The economy – which will be hit by a massive decline in revenues from remittances and tourism – is expected to contract by 3.4 per cent this year, according to the Finance Ministry.

Since then, the government has introduced different schemes in cooperation with the armed forces to decrease unemployment figures and give young Jordanians different training in skills sought by the labour market.