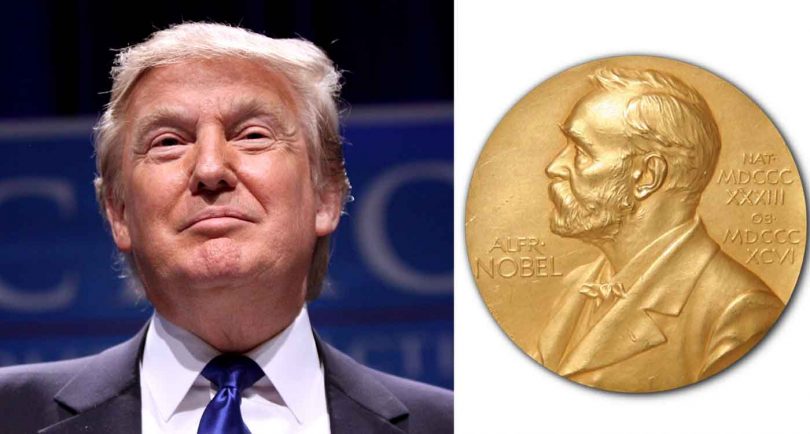 U.S. President Donald Trump has been nominated for the 2021 Nobel Peace Prize, in part for helping to broker the treaty between Israel and the United Arab Emirates, dubbed the “Abraham Accord.”

He was nominated by Norwegian Parliament member Christian Tybring-Gjedde, who wrote in his letter to the Nobel committee: “As it is expected other Middle Eastern countries will follow in the footsteps of the UAE, this agreement could be a game-changer that will turn the Middle East into a region of cooperation and prosperity.”

In an exclusive interview with Fox News on Tuesday, Tybring-Gjedde, who also serves as chairman of the Norwegian delegation to the NATO Parliamentary Assembly, said of Trump, “For his merit, I think he has done more trying to create peace between nations than most other Peace Prize nominees.”

He also pointed to Trump“s successful involvement in other conflicts, such as the border dispute between India and Pakistan, the conflict between North and South Korea, as well his diplomatic efforts with North Korea.

Tybring-Gjedde also praised Trump for withdrawing large numbers of U.S. troops from the Middle East and asserted that the U.S. president meets the three conditions needed to win the peace prize—namely, “fellowship among nations,” “reducing the number of troops in the Middle East” and “promotion of peace congresses.”