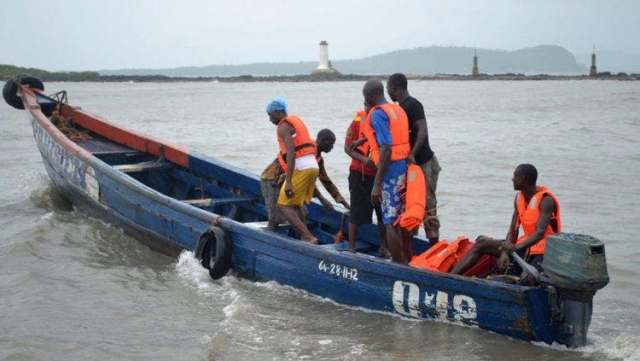 No fewer than 12 persons have been confirmed dead in two separate boat mishaps in Shiroro and Borgu Local Government Areas of Niger State.

The accidents occurred on the River Shiroro and River New Awuru on Wednesday evening in Shiroro and Borgu, respectively.

The newsmen report that the incident in Shiroro claimed 10 lives, while two people died in Borgu.

A witness, Malam Ibrahim Aliyu, told newsmen that the Shiroro incident occurred when the victims were returning from their farms.

Aliyu said that 19 persons were in the canoe, which was also conveying several bags of harvested rice and tubers of yam.

He said that the farmers ran into stormy weather, which made the boat to capsize.

The witness said that local divers that were called upon rescued seven of the farmers alive.

Confirming the incident, Alhaji Ibrahim Inga, Director General, Niger State Emergency Management Agency (NSEMA), said that the remains of the deceased have been buried while the search for others would continue.

Kidebe said the woman, Fatima Umar, and her daughter, died when their boat capsized as a result of stormy weather.

He alleged that water released from the Kainji hydroelectric dam may have contributed to the volume of water that caused the storm.

Kidebe said that the operator of the canoe, who is also a local diver, survived the accident, but unable to rescue the woman and her daughter.

He said that the stormy weather resulted in flooding that submerged farmlands in the area.

“The flood submerged rice, beans, maize guinea corn, soyabeans, millet, among other crops worth millions of naira,” he said.

It was recalled that the incident occurred two months after five people were killed in a similar boat mishap while trying to escape from armed bandits in Gurmana town in  Shiroro Local Government Area.

In the meantime,  a 35-year-old pregnant woman, Risikat Saliman, was shot dead during a bloody clash between suspected cult groups at Aleke community in Ikorodu, Lagos State on Thursday.

The Baale of Aleke, Chief Adeniyi Okemati, said the hoodlums had gunned down the mother of two before the arrival of policemen from at Imota Division.

“I don’t know why they came and be terrorising our people.

“We want Lagos government to intervene so that we can collectively curb the menace to enable my people to sleep with their two eyes closed,” the Baale said.

He appealed to the Lagos State Government to intervene as a matter of urgency for the safety of lives and property in the community.

Okemati also urged residents to collaborate with local vigilante teams to curb insecurity in the area.

The brother of the deceased, Mr Babatunde Saliman, told newsmen that the hoodlums arrived at the market around 8: p.m. and started shooting sporadically and eventually the bullet hit her on the back.

“I met her at the market lying in a pool of blood; some of her friends who came to the scene said that she was pregnant.

“Her body has been released by the police and was taken to Ikorodu General Hospital mortuary in preparation to transport her to her home town in Kwara State,” he said.

He called on the police to investigate the killing and ensure perpetrators of the evil act that took the life of his sister were brought to justice.

Police Public Relations Officer in Lagos State, Muyiwa Adejobi, who confirmed the killing, said that the cult clash was between “Aiye and Eiye” confraternity.

He added that policemen have restored normalcy to the area while the matter had been taken to the State Criminal Investigation Department (SCID) Panti, Lagos.

According to him, the Commissioner of Police in Lagos State, Hakeem Odumosu, has zero tolerance for cultism and warned that the police will deal ruthlessly with anyone found culpable.

“The woman was killed by stray bullet when the two rival cults of ‘Eiye’ and ‘Aiye’ engaged each other in a supremacy battle.

“The Commissioner of Police in the state, Hakeem Odumosu, has zero tolerance for cultism. Cultism breeds various other crimes wherever they exist,” he said.