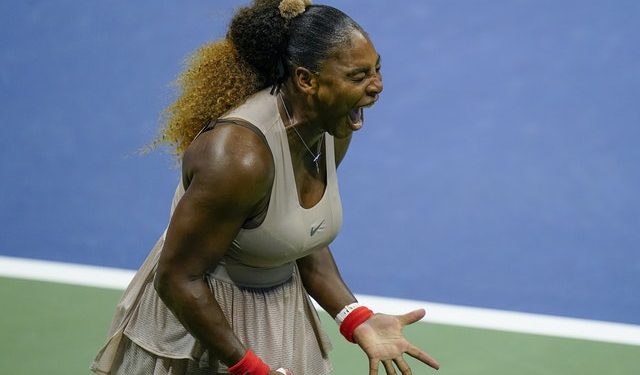 Serena Williams will have just two weeks to shake off the disappointment of a semi-final loss in the U.S. Open.

She has to resume her pursuit of a record-equalling 24th Grand Slam title on the claycourts at the French Open.

The American great has remained one title behind Margaret Court’s all-time record since bagging her 23rd Grand Slam singles trophy at the Australian Open in January 2017.

Williams has lost four Grand Slam finals since returning to the circuit in 2018 following the birth of her daughter.

She once again fell short on Thursday when she bowed out to Victoria Azarenka with a 1-6 6-3 6-3 defeat in the U.S. Open semi-finals.

“I don’t know. I mean, it’s obviously disappointing,” Williams told reporters, before confirming that she would participate in the French Open.

“At the same time I did what I could today. I feel like other times I’ve been close and I could have done better. Today I felt like I gave a lot.”

Many pundits have said she might be running out of time to win a Grand Slam again.

It was definitely not getting any easier for Williams.

The American will turn 39 a day before the main draw kicks off in Paris on her least rewarding surface where she won her third and last title in 2015.

Asked how the string of losses deep in the tournaments affect her morale as she strives to become the most successful women’s player, Williams said: “I don’t know.

“I just … I don’t know. I haven’t thought about that actually.”

Williams had, however, started really strongly in Thursday’s last match on the Arthur Ashe Stadium court and cantered through the opening set with three breaks of Azarenka’s service.

“Then she just kept fighting. She just changed and started playing better and better. Maybe I took a little too much off the gas pedal at some point,” Williams rued, saying her opponent just kept improving through the match.

“I made a lot more errors. I didn’t win a lot on my second serves. I served well, but I didn’t dominate the way I needed to in that.”

But a double-fault and a forehand error saw him hand Medvedev the break and the early lead in the second set.

The Australian Open runner-up spent the remainder of the frame playing catch-up, converting on a critical break to level scores 5-5 before the 24-year-old Russian dragged it into a tie-break.

The 27-year-old Austrian, who had a trainer examine his ankle before the third set, slipped and fell twice in the match, unfurling a string of frustrated exclamations in the second incident.

But he regained his cool to survive yet another tie-break to clinch the affair with a power forehand and a roar.

“I played my best tennis then towards the end of the sets,” said Thiem, who is gunning for a maiden Grand Slam title.

“Both tie-breaks were amazing. Tie-breaks are mentally a tough thing. I don’t like them at all, to be honest.

“I’m really happy to be through. It was a great semi-final,” he added.