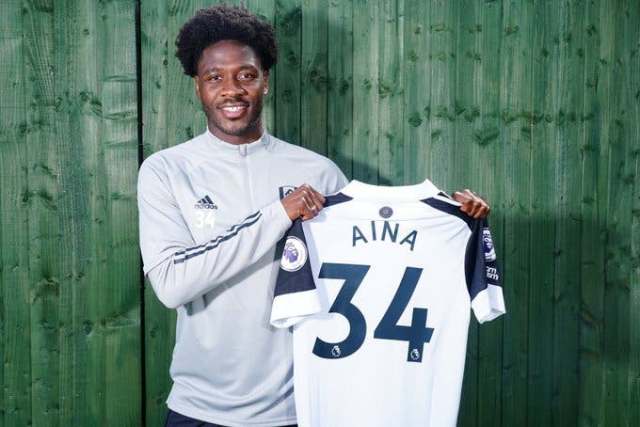 Newly-promoted English Premier League (EPL) club side Fulham have signed wing-back Ola Aina on a season-long loan from Italian Serie A side Torino.

Fulham also have an option to make the 23-year-old’s arrival permanent and the Nigerian international said he was happy to return to London where he was born and raised.

“It feels amazing to be back closer to my family, back in the capital,” Aina told the club’s media channel.

Aina, who came through neighbouring Chelsea’s youth system, spent the last two seasons with Torino, where he played 69 times with his versatility allowing him to play on either flank.

“I feel very comfortable on either foot. I can fill in wherever needs be,” he added.

“I’d say I’m pretty quick and I like to attack, but I also like to help the team and do the dirty work as much as I can.”

Fulham, who gained promotion to the Premier League after winning the second-tier Championship playoffs last season, begin their campaign on Saturday with a visit from fellow London side Arsenal.