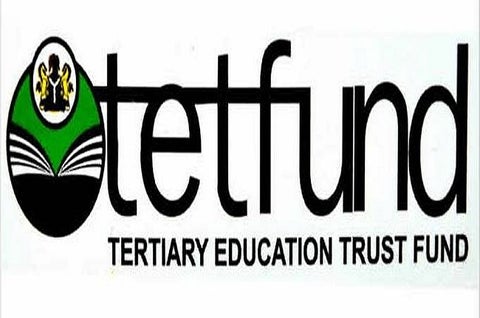 Spokesman for The Polytechnic, Ibadan, Alhaji Soladoye Adewole, said in a statement that Bogoro gave the commendation during the commissioning of three building projects constructed by the Management with TETFUND fund.

The TETFUND executive secretary commissioned a 250 and 150 seats Lecture Hall and 350 seats lecture hall converted into a 400 seats hall with funds provided by the polytechnic.

He also commissioned a 300 seats Technical/ Engineering Drawing Studio on behalf of the Chairman of the Board of Trustees of TETFUND, Alh. Kashim Ibrahim- Imam who was unavoidably absent.

Bogoro noted that there were several institutions in the country benefitting from TETFUND but not all of them performed as expected.

According to the TETFUND scribe, some of the institutions never completed their projects on schedule while the quality of some projects were questionable.

He commended the Rector of The Polytechnic, Ibadan (TPI), Prof. Kazeem Adebiyi, for the quality of work done, adding that he only visited institutions with performing heads.

Bogoro added that the rector was one of the performing heads of tertiary institutions in the country.

He also commended the humble nature of the rector, adding that since they met about a year ago, they had been very close and had become personal friends.

Bogoro commended Federal Government for establishing and funding of TETFUND, pointing out that the body had no doubt turned around the fortunes of tertiary institutions in terms of provision of facilities and training of personnel.

Earlier, the Chairman, Governing Council of the institution, Prof. Kunle Akinyemi and the rector, Prof. Adebiyi, commended TETFUND for the support given to the institution and like Oliver Twist, asked for more.

They also promised that projects approved for the institution would always be executed within the approved time frame while the fund would be judiciously spent.

In the meantime, Prof. Florence Banku-Obi has been announced as the first female Vice-Chancellor of the University of Calabar (Unical), 45 years after, the newsmen report.

Announcing the result on Friday in Calabar, Sen. Nkechi Nwaogu, Pro-Chancellor and Chairman of Unical Governing Council, said the process of the selection was transparent.

Nwaogu said that the Council had assured the 13 contestants for the position of a transparent, fair and just selection process.

She explained that they used the guidelines set up by the Federal Ministry of Education on the conduct of interview for the appointment of a Vice-Chancellor.

“At the end of the day, we had a brand new first female VC of the University in the last 45 years. The interview was transparent and some of the contestants are part of our council.

“What I expect of her is to look at what the outgoing VC has done because governance is a continuous process. She should invite all those who contested with her and build a team.

“No one person can execute the programmes without the integration of other erudite administrators that presented their CVs yesterday.

“She should be an integrative agent and I expect her to look inward on the areas of internally generated revenue and pluck the areas.

“She needs to motivate staff and students of the school and as an erudite Professor and a mother, I know that she will bring all these to bear,” she said.

She congratulated Banku-Obi and wished her the best in her tenure.

Speaking, Banku-Obi, said she was elated and happy, adding that she returned all the glory to God.

“I am very happy today, I just received my appointment letter from the 12th Council as the 11th VC elect effective from Dec. 1, 2020.

“It was a free and fair contest and I am happy about it. The University of Calabar should expect an inclusive administration from me,” she said.

Prof. Banku-Obi will be taking over from Prof. Zana Akpagu whose tenure end on Nov. 30.

Banku-Obi hails from Boki local government area in Cross River and she has been a lecturer in the Department of Education.

She is the only two-times back to back elected Dean, Faculty of Education, since the history of the University.

She has also served as the Deputy Vice-Chancellor (Academics) and also as a member of the University Governing Council.

She has over 60 publications to her credit in both local and international journals.

She has supervised over 30 postgraduates Diploma Projects, 12 Master Degrees Theses and 8 Ph.D. Dissertations and has so far assessed 13 persons for professorial positions.