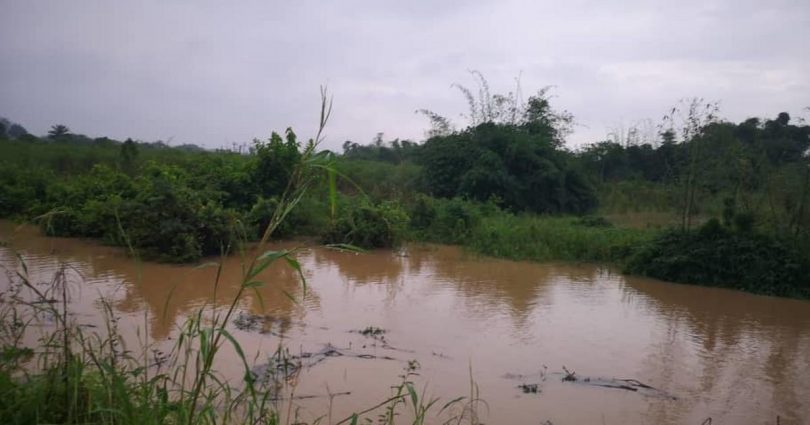 …As One dies, after tanker crushes tricycle***

Major flooding has rendered no fewer than 1,000 persons homeless in four communities in Ogbaru Local Government Area of Anambra.

The Transition Committee Chairman of the council, Mr Arinze Awogu, confirmed the incident to newsmen in Awka on Monday.

Awogu — said that the flood submerged many farmlands in the area.

He said that the displaced families had relocated upland, due to the steady rise in the water level.

He said that the victims had yet to go into the Displaced Persons Holding Camp but taking refuge in the homes of their relatives.

He said that the crops had either been washed away or got rotten in the affected farmlands.

The council boss advised the victims to urgently move into the camps rather than wait until the disaster would get worse.

He said: “Ogbaru is gradually but steadily going underwater, our farms have been submerged, especially the root crops.

“At least 1,000 persons were displaced from their homes and some victims decided to join their relatives upland, refusing to go to the holding camps.”

“We are afraid that by next week, the situation would get worse. You know we are riverine and our occupation is agriculture.”

Awogu said that streams in the area, which emptied into River Niger had started flowing backward and had turned white in colour.

He described the situation as “a clear indication that the river level had risen and flowing into the communities”.
According to him, Atani, Akili-Ozizor, Odekpe, Ohita communities have all been submerged by flood.

It was reported that the local government, which comprises 16 communities, is located on the bank of the River Niger, which made it prone to flooding.

During the 2018 flooding, 12 persons reportedly got drowned, while property and farmlands worth millions of naira were destroyed in the area.

In another development, a tricycle operator has been confirmed dead in an accident involving a water tanker and a tricycle at Nkpor, along Onitsha- Awka Old road, Anambra, on Monday night.

Kumapayi said that the accident was caused by speeding and wrongful overtaking.

The FRSC boss said that a total of five persons – four male adults and one female adult, were involved in the accident, with one of them dying in the crash.

“According to eyewitnesses, the tanker driver was on excessive speed, leading to loss of control, and rammed into the tricycle.

“The tricycle operator died while the passengers sustained some degree of injuries.

“The victims were taken to Boromi Hospital Onitsha by FRSC rescue team from Nteje Unit Command and the corpse of the dead was deposited at the mogue in the same hospital,” he said.

Kumapayi said that the driver of the tanker had been handed over to the police for further investigations.

While condoling with the family of the dead, he warned motorists against exceeding speed limits.