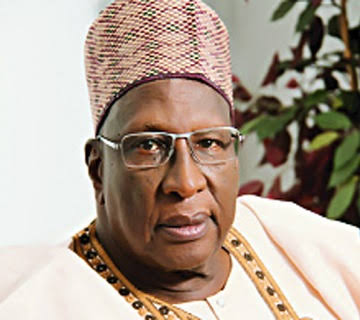 …As UN probe links Venezuelan President to crimes against humanity***

President Muhammadu Buhari has felicitated with elder statesman, Alhaji Bamanga Tukur, on the occasion of his 85th birthday.

President Buhari, in a statement by his Special Adviser on Media and Publicity, Mr Femi Adesina, in Abuja on Wednesday, joined members of Tukur’s family, friends and well-wishers in celebrating the elder statesman.

He noted Tukur, former National Chairman of the Peoples Democratic Party and one-time governor of old Gongola State, had devoted a greater part of his extensive political life to supporting democracy in the country and continent.

Buhari described Tukur as an accomplished businessman, pan-Africanist and philanthropist.

According to the president, Tukur understands very clearly that one of the best human legacies is to invest in people and many Nigerians who came in contact with him in business and politics would continue to cherish that embodiment in his character.

He also commended Tukur’s notable accomplishments in the public service as Ambassador-at-Large, Cabinet Minister and in the country’s maritime sector, where he played a central role and laid the foundation for several landmark projects.

Buhari prayed almighty God to grant the octogenarian more years of good health and longevity to continue making contributions to the growth of the country.

In a 411-page report, the UN Fact-Finding Mission on Venezuela documented evidence of crimes aimed at quashing the opposition, including systematic and widespread imprisonment, disappearances, torture, sexual violence, and murder since 2014.

There are “reasonable grounds” to believe that the president, as well as the interior and defence ministers “ordered or contributed to the commission of the crimes documented in this report,” the UN-appointed experts wrote.

The report is set to be discussed by the UN Rights Council in Geneva next Wednesday.

The fact-finding mission reviewed more than 5,000 killings by security forces, including more than 400 killings that were carried out in the course of crime-fighting operations known as the “Operations for People’s Liberation.”

“The killings appear part of a policy to eliminate unwanted members of society under the cover of combating crime,” said mission chairperson Marta Valinas, a Portuguese rights experts who previously worked at the International Criminal Court.

The report highlighted the government’s violent crackdown on demonstrators, which has resulted in the death of dozens of people.

There was a clear policy to torture and mistreat detained protesters, according to the report.

The fact-finding mission urged governments and the International Criminal Court to take legal action to prosecute the reported violations if Venezuelan authorities are unable to do so.

Democracy and the rule of law have broken down in Venezuela in recent years as the opposition-dominated parliament was shut down, the government expanded its powers and judges faced increasing pressure, the UN investigators said.

Venezuelan Foreign Minister Jorge Arreaza said Caracas was cooperating with the Office of the UN High Commissioner for Human Rights as he slammed the fact-finding mission claiming it was “created for ideological purposes by countries with terrible human rights records, to attack Venezuela.”

Arreaza tweeted that the report was “plagued by falsehoods, written from afar, without relying on rigorous methodology by a phantom mission directed against Venezuela by governments subordinate to Washington.”

Six American countries already lodged a request at the International Criminal Court (ICC) in The Hague in 2018 to launch an investigation into alleged crimes against humanity in Venezuela.

The fact-finding report was based on interviews with victims, their families and lawyers, as well as Venezuelan security and justice officials.

The UN experts also used other sources such as satellite images, videos and photos.

Venezuela refused to interact with the fact-finding mission and did not let the experts visit the country.