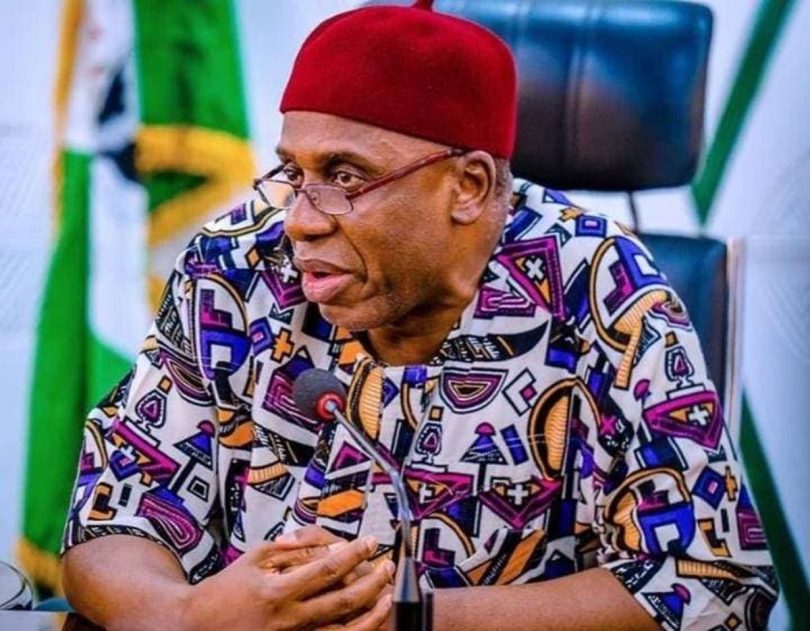 The Minister of Transportation, Mr Rotimi Amaechi, says the Lagos-Ibadan Standard Guage Rail line should be ready by December, considering the progress works on the construction of rail stations by the contractor. The remark however failed to excite many Nigerians, with several, noting that Amaechi’s pledge should be treated as a politician’s promise!

Amaechi gave the assurance while briefing newsmen in Ibadan, Oyo State capital, at the end of his monthly routine inspection tour of the project.

The minister started the inspection tour from Ebute-Meta in Lagos, in the company of other management staff of the Nigerian Railway Corporation (NRC).

It was observed however that though the track laying from Ebute-Meta in Lagos to Ibadan in Oyo State, had been completed, the 10 stations along the line were passengers would board of discharge, were at various levels of un-completion.

Amaechi said that there had been some improvements and progress in the construction of railways stations along the line.

He said that in some of the 10 stations along the line, the contractor, China Civil Engineering Construction Corporation (CCECC), had finished doors, windows, roofing, flooring, ceiling and lighting. 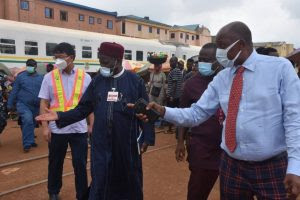 “Olodo (Station) is just near the completion. At Kajola, what is outstanding is just the painting. There are changes at Ebute-Meta. There was an improvement in Kajola, Olodo, and Ebute-Meta, though, not to the extend I expect that it should be.

“They have given us the target; by the end of September, three stations will be ready.

“The only one station they (CCECC) are afraid of is Apapa (Station), because they started very late, but I insisted that Apapa should be completed at the same time as the rest,” he said.

The minister said he had assured the contractor of the provision of a task force to help the speedy completion of Apapa Station, adding that he would come to assess the work by the end of September.

He expressed belief that everything would be put in place before the end of December for movement to passengers and goods.

“Timeline has not changed. Do they meet my target? The answer is No. My target was before we come on Sept.15 for inspection, they should have finished all the minor stations,” he added.

According to him, the excuse given by the contractor was that they didn’t have enough engineers to supervise because of COVID-19 pandemic.

“The same engineers supervising Agbado supervise Agege, that is slowing them down. For me, that is not an excuse.

“I want this work done quickly because I want to move out of this place.

“Their position is that by next week more engineers will be coming; we expect them to isolate for seven days and work will commence. Once, work commences, they will be faster,” the minister added.

On the Oshodi train accident on Monday, Amaechi, described loss of two lives in the incident as unfortunate, urging motorists to be careful on the rail tracks.

He decried trading activities on the rail tracks, saying that there must be enforcement of law.

The minister said that government would fence the Lagos corridor to prevent people from trading and playing on the rail tracks.

On the allegation of a train attack on Abuja-Kaduna Standard Guage, Amaechi said that the news was not true.

On what next after the project, the minister said that apart from Ibadan to Kano rail line, the ministry had sent to the cabinet for approval of the award of two railway contracts.

According to him, the contracts are Port Harcourt – Onne -Maiduguri; Kano-Maradi Railway and Lagos to Calabar.

On the inauguration of Itakpe-Warri Railway, the minister said that President Muhammadu Buhari was ready.

Also, Mr Fidet Okhiria, the Managing Director of NRC, said that the corporation was still discussing with the contractor on when to commence skeletal operations on the Lagos-Ibadan Rail line.

Okhiria said that the rolling stocks had been delivered, but the corporation was discussing some modalities, including safety.

According to him, the NRC has not fixed any date for the skeletal commercial operation.

In the meantime, some Nigerians whose views were sought, in respect of the Minister’s unspared, dedicated efforts at early completion of the Lagos Ibadan rail lines said they were no longer excited about the project.

A woman at Mokola in Ibadan, Mrs. Sariyu Busari told the Maritime First that much as she is in love with the project, she was disappointed that the Minister had turned the thing to something akin to the second coming of the Lord!

“One pastor is near our house. Every time, he tells us to come to his church, that the second coming of the Lord is at hand. He is never tired. That is the way I see the Minister’s statement now!

“Let him complete it first and then announce it!”, she said further.

Speaking in the same vein, another woman, Adunni Olayiwola at Dugbe asked: “How many rail lines is the Government building that the completion has taken so long? I mean, what is the length gan? Bo ba wu yin, e pari re, bo wu yin, e ma pari re. A tunwa l’oruko yin yo ma je! (If you like finish it. If you like don’t finish it. You will come back again for election campaigns again!).

Another woman also at Dugbe, who spoke on conditions of anonymity, prayed for both Amaechi and the rail line.

“We know things are sometimes, not as they always appear to be.  We are praying for the Minister and the rail line! Many of us would prefer it to the road. And it would be a plus, for the APC Government!” she said, pleading that her name be not mentioned.

It would be recalled that the assurance on Ibadan Lagos rail line completion first emerged in January 2019, with the pledge that it would be delivered before the February Presidential election; and the media celebrated with the caption, ‘Work in Lagos, live in Ibadan!’.

It was later adjourned to sometimes after the election. When that one failed, it was then rescheduled for April 2020, which also failed!

The question which remains unanswered however is: ‘if we know it couldn’t be completed by April, 2020, why should anyone give a pledge of 2019?

Perhaps, it is safer to take politicians’ words, with a pinch of salt!