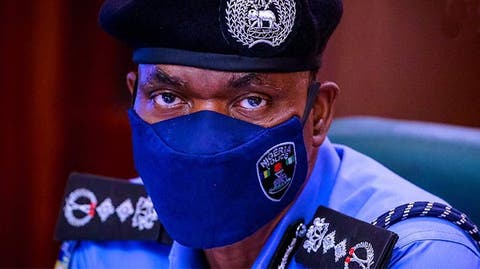 The Inspector-General of Police (I-G), Mr Mohammed Adamu, has ordered the restriction of vehicular movement in Edo ahead of Saturday governorship election in the state.

The Force Public Relations Officer (FPRO), Mr Frank Mba, made the disclosure in a statement on Thursday in Abuja.

He said the order was part of the efforts by the police to ensure orderliness and safety during the election.

Mba said the vehicular movement restriction would be from 11:59 p.m on Friday to 6.00 p.m on Saturday.

He said the restriction order was informed by the need to prevent the free flow, circulation and use of illicit arms and hard drugs during the election.

Mba said that it was also to checkmate the movement of political thugs and other criminally minded individuals from contiguous states from hijacking and disrupting the electoral processes.

He enjoined citizens of the state to come out en-masse and vote, adding that the police and other security agencies had been sufficiently mobilised to provide a safe, secure and conducive environment for the election.

Mba regretted any inconveniences the restriction order would cause the citizens.

He urged citizens to see the restriction as part of the necessary sacrifices towards the enthronement of democracy.

Mba cautioned against violent and destructive acts, snatching of ballot boxes, vote-buying, vote-selling, hate speeches, and other acts that could compromise the electoral processes.

The FPRO said that the police would not sit idly-by and watch hoodlums engage in any criminal acts.

In a related development, the Noble Youths Mass Support Association (NYMSA), a non-government on  Saturday.

Mr Godwin Onmonya, the National Coordinator of the group made the call in an interview with the newsmen in Abuja, on Friday.

According to him, the election is not a do-or-die affair, therefore, should be conducted free and fair without violence, fear or favour.

“Election is not a war and we should not make it look uncomfortable to both the electorates and the candidates.

“We call on the good people of Edo to go out and cast their votes peacefully on Saturday and avoid any act of violence during and after the election.

“Political parties and candidates must publicly condemn any advocacy of hatred or incitement to discrimination, hostility or violence,” he said.

The coordinator said the use of young people by the political class to perpetuate reprehensible acts during elections was not in the interest of democracy.

He called on the electorate to come out en-mass and cast their vote for the candidate of their choice while calling on the security agencies to provide adequate security for the elections.

“The authorities must put measures in place to ensure that politicians and their supporters do not infringe on human rights.

“They must announce clearly that there is zero-tolerance for human rights violations and that anyone suspected of wrongdoing will be brought to justice.

“The security operatives should also be civil and conduct themselves properly during and after the electoral process,” he said.