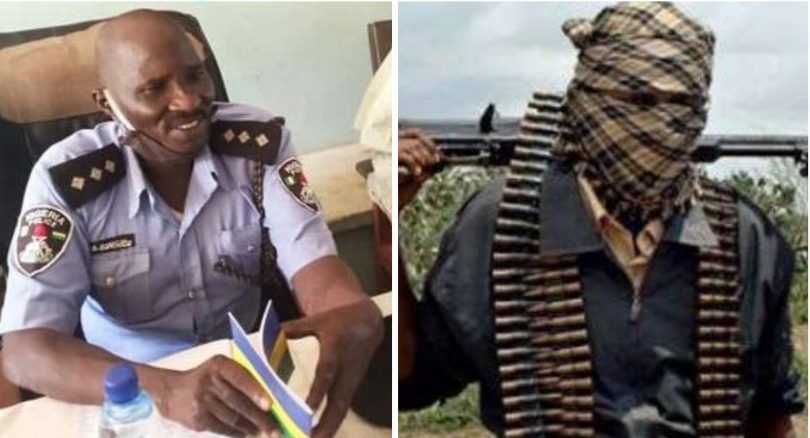 …As District Head alerts on rising kidnappings in S/Kaduna community***

The Sokoto State Police Command has confirmed the death of the Divisional Police Officer (DPO) and an Inspector attached to Gidan Madi Division in Tangaza Local Government Area of the state.

The command’s Spokesman, DSP Sadiq Abubakar, told newsmen on Thursday in Sokoto that about 100 unknown gunmen invaded the town and engaged the police in a gun battle.

Abubakar said the incident occurred at about 1:30 a.m. and two officers, including Mr Aliyu Bello, the DPO, and Muhammad Abdullahi, an Inspector, were shot dead by the armed men dressed in army camouflage.

He said another ASP Sani Abdullahi sustained injuries and was hospitalised, while the police have drafted senior officers to undertake an assessment of the situation.

According to him, emergency meetings were conducted by the police along with sister security agencies, district heads and council administrators.

He reiterated the police commitment to safeguarding people’s lives and property and urged citizens to assist the authorities with useful information.

In another development, the Acting District Head of Kamuru-Ikulu in Zango-Kataf Local Government Area of Kaduna State, Mr Nicholas Afel has decried the rising rate of kidnapping in the area.

Afel spoke on Thursday at the sidelines of a two-day free medical outreach organised by the Defence Headquarters (DHQ) in the community.

The district head, who said the increasing rate of kidnapping has become worrisome, decried the lack of a police station in the area.

According to him, the few military personnel posted to the community due to the recent security challenges that greeted it were grossly inadequate.

“Kidnapping has become a serious menace in this area; our people are being kidnapped and killed on daily basis.

“We are suffering and losing our people because of the high level of insecurity. This is a very serious problem for us.

“As I speak, we don’t have a police station here and the few military men posted here are inadequate.

“So, we call on the Federal and state governments to come to our aid,” he called.