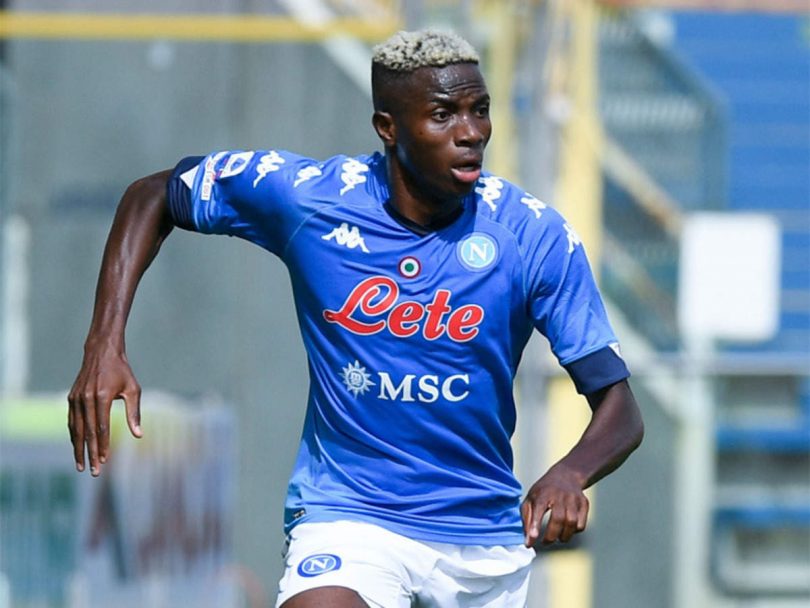 Napoli’s coach Gennaro Gattuso on Sunday dished out rare praises on new Nigerian signing Victor Osimhen, describing him as “a young lad with the head of a 40-year-old”.

Osimhen became Napoli’s record signing when he joined from Lille in the summer for a reported 70 million euros.

He was brought on for his debut after an hour of Sunday’s Serie A match and the Nigerian made an instant impact in their 2-0 win.

”I was struck by Osimhen’s serious attitude. He has not forgotten where he came from and the sacrifices he made.

”He built himself up on his own and I congratulate him for his will and desire.

“He is a young lad with the head of a 40-year-old. I hope he does not make mistakes and does not change his attitude,” Gattuso said.

Osimhen, 21, grew up in a tough district of Lagos, lost his mother at a young age and along with his brother and sister, sold bottled water in Lagos traffic to help his family make ends meet.

Gattuso said he wanted to get Napoli back into the top four again after last year’s turbulent season, where they finished seventh after a late recovery and won the Coppa Italia.

”It is natural that, given the history of the last 10 years, we want to return to the top four.

”I want to see a well-organised team that have clear principles in their heads and that know how to make themselves available in difficult moments,” the coach said.

In another development, the Chile midfielder, Arturo Vidal is on the verge of sealing a move to Inter Milan from FC Barcelona after landing in Milan on Sunday.

Vidal, who joined Barca from Bayern Munich in 2018, is set to be reunited with Inter Milan coach Antonio Conte, who signed him for Juventus in 2011 and where he stayed until 2015.

Barca captain Lionel Messi paid tribute to his soon-to-be former teammate in a post on Instagram on Sunday.

“I only knew you from playing against you and I always thought you were a phenomenon. But, after being lucky enough to get to know you personally, you surprised me even more.

“We shared many things in the last two years and you made a huge impact on the dressing room and will be dearly missed.

“I wish you all the best luck in your new club and I’m sure our paths will cross again.”